Since the ‘90s Toronto has always been a Mecca for diverse hip-hop talent, and currently at the forefront of those new faces is Toronto rapper JD Era.

This Mississauga-born MC’s skills have already attracted the attention of some big names south of the border. Last year, he was hand-picked by hip-hop royalty Raekwon of Wu-Tang Clan fame to join the roster of his new label Ice H20 Records.

Era’s first mixtape No Handouts, released in April 2012, was well received by critics and fans. Soon after, he joined the Staten Island MC on a 40-date Canada/U.S. tour, winning new fans along the way, and even rocking the North by Northeast festival free outdoor mainstage at Dundas Square in Toronto with Raekwon and fellow Wu-Tang legend Ghostface Killah.

Scheduled to play live at Canadian Music Week 2013, Era’s also hard at work readying a mixtape sequel to No Handouts, as well as preparing his debut full-length album. 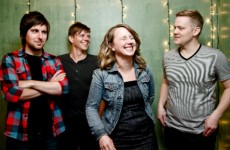 In the Spotlight: The Details

That band that’s been tirelessly recording and touring 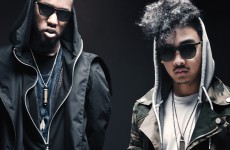 In the Spotlight – Airplane Boys

Without even knowing it, you hear Laurent Guardo’s music everyday. Perusing the long list of theme music he created for TV and radio shows, one realizes he’s the man responsible for such well-known themes as Desautels, La Facture, Musicographie, and many, many more for broadcasters and channels such as Radio-Canada, RDI, MusiquePlus, Musimax, LCN, Canal D and Canal Vie, to name but a few.

Throughout his decades-spanning career, the composer, wordsmith and producer has built a solid reputation for himself that has earned him several SOCAN Awards in the TV Music category. Yet, it was a split-second decision he made when deciding what to study in cegep that saw him on his path to a career in music: “I wanted to take up science, but for some reason, at the very last second, I chose to study music instead! I studied classical percussion at the Conservatory and then a bachelor’s un Music at Université de Montréal. One of my teachers, Massimo Rossi, encouraged me to explore writing. He told me a completely lacked any technique but that I had great ideas… One thing led to another and I started composing, and then things really started to take off about eight years ago when I won a competitive bidding to be in charge of the musical themes for the news programming of Radio-Canada and RDI. That kept me very busy for four years!”

“Up to now, I’ve been quite lucky and the people who hired me pretty much gave me carte blanche.

It’s not hard to imagine that creating the musical theme for radio and TV shows is a very constraining process and that there probably are quite a few people who have their say in the final result. But despite all that, Laurent Guardo has constantly managed to preserve his distinctive signature: modern and dynamic, yet warm with a subtle tinge of world beat. “Up to now, I’ve been quite lucky and the people who hired me pretty much gave me carte blanche. Beyond the actual content of the program or its time-slot, I base my work mostly on the emotions that the creators wish to communicate. The result is that, sometimes, even though I’ve been asked for something quite techno, I’ll come back with something that’s played solely on acoustic guitar. Despite that, since the intended emotion is communicated through the music, the client is satisfied. The goal of the music is more important than the style of music or instrumentation, ultimately.”

As a matter of fact, Laurent prides himself in using mainly real instruments – including a few traditional Balinese ones he found during his musical peregrinations – instead of the widespread use of sampling and sound banks. “Some sampling can be wisely used, and I do use it myself every now and then The danger with samples is that there comes a point when everyone is using the same few sounds. Everything ends up sounding the same. When I use samples, it’s mostly sounds that I sampled myself from my own instruments which I then transform into something those instruments can’t produce. I use samples to give those sounds a twist, a colour or a shape that would not be possible otherwise. But if I use a sampled cello instead of my real cello, it’s obvious that the real cello will always sound a thousand times better. I think it’s a bit silly to use sample, especially if it’s only to avoid having to hire a musician and save a few hundred bucks…”

Laurent Guardo’s last few months, however, have seen him moving from command music between a second and a half to 45 seconds to complete creative freedom on tracks reaching nearly 10 minutes for his first album, Songs of Experience. For this trip hop and lounge influenced album – entirely self-produced, it must be said – he called upon some of the best collaborators one can dream of, such as Paul Brochu, Ranee Lee, Éric Auclair and Mary Lou Gauthier. The result is a sensuous and ethereal music that becomes the lush aural tapestry to pre-romantic poet William Blake’s (1757-1827) writing.

“The themes Blake wrote about in his poems are timeless and universal, says Guardo. They were very relevant themes at the end of the 1800s and they still are to this day. Childhood innocence destroyed by adults, the intolerance of religious fanaticism, the forces of nature, life going by, love… But beyond that, his writing has an intrinsic rhythm that I’m attuned to, to me it’s almost like the music is already in the words. Each track on Songs of Experience is like a a sound movie that tells the story and emotions that I perceive in his poems.”

In addition to that album’s follow-up, entitled Songs of Innocence – an album where, the artists says, his world music influences will be even more present and that he wishes to release within a year – he is also collaborating with Daniel Lavoie on an album of Renaissance music for which he composed all the music and wrote all the lyrics with the exception of two poems by Rimbaud. That one will be titled La Licorne captive. “It’s a long haul project and, about 18 months ago, Daniel Lavoie agreed to sing all the tracks that were inspired by old legends. There are all kinds of ethnic percussions and a mix of modern and ancient instruments such as viol and archlute. It’s almost done and I hope to release it soon. It is, however, the type of project that requires patience…”

Laurent Guardo is undoubtedly a craftsman and a composer whose body of work – beyond the jingles we all know and hum – deserves to be explored. 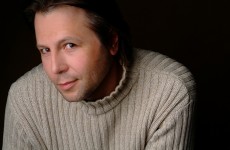 Laurent Eyquem : plus on travaille fort, plus on est chanceux!

David Giguère started writing his first song sketches at around 13 and he produced an obscure rap album with the help of his drama teacher. Increasingly passionate about acting, he enrolled in a theater diploma at Collège Lionel-Groulx and, in 2008, had a life-changing encounter with a piano. “That was quite an epiphany! The theater classes we quite intense. Just as I was being told what to do and how as an actor, I discovered that magnificent instrument and immediately felt like I needed to write songs devoid of any real structure. I created the rules as I went. I was craving freedom,” remembers the 24 year-old man.

As David was finishing his acting diploma in 2010, his desire to get on stage and play his compositions was becoming increasingly pressing. Accompanied by a few of his musician friends, he made a mark for himself in small venues all over Montréal thanks to his exceptional stage presence. What the budding artist is mainly looking for, once the industry-types start paying attention to him, is attentive ears. While attending Olivier Choinière’s Chante avec moi concert, he met Philippe Brault (Pierre Lapointe). “He told me the best manager in the business was Stéphanie Moffatt. I met with her in a café and we immediately clicked. After that, I kept on working on my album. Then we looked at the various options we could consider. Many labels expressed their interest, but Audiogram had this family vibe that I didn’t feel anywhere else. They granted artists an incredible amount of freedom, and that meant a lot to me. They had ideas and everything I needed to take my project even further and help me reach the goals I set for myself,” explains the young music lover who cites Serge Gainsbourg, Gilbert Bécaud and Jimmy Hunt as some of his favourites.

With the help of Pierre-Philippe Côté (aka Pilou) on production duty, one can say that Giguère was in good company. He rapidly recruited a prestigious ally in Ariane Moffatt, Stéphanie’s sister and a well-established artist in her own right, who came on board as artistic director. “What I love the most about being a musician is all the people I get to meet, and Ariane taught me so much. She was incredibly generous and present at every step of the project, every single day during a month. She came on board when a sizable portion of the preproduction was already complete. What she contributed to my project was an incredible amount of experience. I had questions and concerns and she answered every single one of them. It was great to have an independent opinion that came from the pop realm. There were three of us making decisions throughout the whole process,” he explains.

The results was Hisser haut, his first album launched in January 2012. Halfway between pop and electro, the album seduced the audience with its strong melodies and surprisingly mature lyrics. Entirely composed and written by Giguère, Hisser haut was no walk in the park for him. “I was involved in all the aspects of this project. Whether it’s the album cover – for which I went to a cabin with a graphic designer for a whole week –, the mastering, or the arrangements (with Pilou). It was an incredible amount of work, but it was crucial to me that all of it was as representative as possible of who I am. You know, the themes on Hisser haut are ones that have been with me for quite a while; childhood, naiveté, meeting your soulmate. There were many themes I wanted to address. To tell the truth, this album I my life up to when I was 22,” confides the young man.

After building a small home studio for himself, Giguère will be quite busy in the coming months. He will spend 10 days in Brazil in March where he’ll perform a guitar and electro sounds concert accompanied by his backing vocalist, followed by a few days back at home working on his compositions. Then, in April, he will head out to Korea where he will participate on the song Caligula (remix) by Marc Beaupré. Then it’s on to Vietnam and Laos. “Those travels will no doubt give me material for my next album. Even though right now I don’t have any finished songs, I’d love to record it this summer and release it as soon as possible. I’ve gained a good understanding of how the music biz works in the past year, and I’ve definitely learned from my mistakes. Now, I want things to go my way. I’m in a constant quest for honesty. I don’t want to pretend I’m having fun. I want to really have fun.