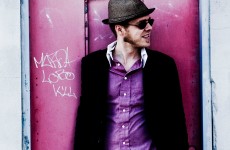 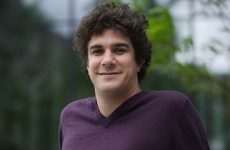 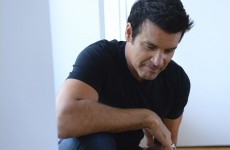 Over the past few years, a growing number of independent SOCAN members have begin financing their recordings by “crowdfunding” –  getting friends, fans, and other supporters to pay for them in advance. In exchange, the artists are offering all kinds of incentives, at various price points — ranging from a digital advance copy, or a thank-you in the liner notes, at the low end, to custom-writing a song or undertaking a house concert, at the high end. As a value-added benefit, crowdfunding  brings the fans closer to the artist, and they feel a stronger stake in the  recording. Singer-songwriter, recording artist, performer, producer and SOCAN member Rob Szabo, who financed most of his current, self-titled album this way, explains how it worked.

I’ve been releasing self-funded records since the early ’90s, first with bands, then as a solo artist. When the time came to record my fifth solo album, I decided I should do things differently: I should involve my fans.

The idea of crowdfunding had been following me around for awhile. Two records I produced in the past few years were crowdfunded (And Now The Fun Begins by Ian Sherwood and First Of The Last To Know by Peter Katz), and I’d pitched in as a fan for upcoming records by pals Cara Luft, Matthew de Zoete and Emma-Lee. While in New York City this past October for the Mountain Stage NewSong contest, I heard San Francisco musician David Berkeley saying on the mic that he’d raised more than $30,000 US to make his latest record. What was I waiting for?
I’d always resisted the idea.  I think I had some reservations about what I felt was akin to “asking for a handout” or something along those lines. But I dove in anyway. Here’s an excerpt from the post on my website where I proposed the idea to my fans:

“I’m inviting you to pre-order my new album and become an Official Patron™ of my music. For $20, I’ll mail you a signed copy, and, if you’d like to contribute more, I’ve got a whole list of stuff I’ll give you in exchange for your financial support. You might be thinking: ‘Rob, you produce records for others, why do you need money to make your own record? Why not just produce it yourself for free?’ Well, YES, I am, for better or worse, going to produce it myself. BUT I still need to eat (yes, I eat semi-regularly) and pay rent while I’m doing it. I also have to pay someone to mix and master it, pay for artwork and get it manufactured. Your support beforehand will allow me not to have to go into debt five figures and pay interest until I go back on tour and get my ass out of debt.”

As my musician friends had done, I gave my fans a tiered list of choices: For $50 they’d get two CDs and their name in the credits, for $100 they’d get four CDs and tickets to one of my shows, etc. Other choices included house concerts, songs written specifically for them, and I threw it out there for fans to come up with their own ideas at their own price.
I was nervous at first. I didn’t know how people would react. The anxiety didn’t last long. Within hours of making the post on my site, I was flooded with PayPal notices of payment, followed by emails from fans thanking me for giving them the chance to get involved, and for providing magic moments through my music over the years. People pitched all sorts of creative ideas: One fan wanted me to record a cover tune and wanted to play drums on it. Another asked me to record a vocal melody over a guitar track he’d written. In the end, I raised just under a five-figure sum to finance the recording.

One of the most surprising things was how it affected my artistic process.  Generally, I’m stoic and my approach is simple: Do the work and don’t pay attention to anything else. But now there was a group of people who had committed themselves financially and had said, “Rob, even though we don’t know what your new album will be like, we trust that it will be good and we want to hear it.” Thinking of these folks gave me a different kind of faith in what I was doing than I’d felt for previous records. Even though for past records I knew I had an audience, this was concrete.

Now that the album is done (at press time in April), I’m reading e-mails and tweets from fans who’ve just listened to it, writing about how excited they are. I know they’re pre-order patrons because it isn’t officially out yet and I’d sent them all a download link so they get it before anyone else.  Their hard copy CDs will arrive in the mail in a few weeks.

So, will I crowdfund my next record?  I’d be crazy not to. 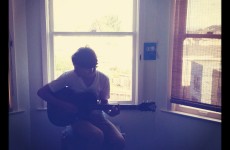