Judging from their name, you might think that blues duo The Harpoonist & The Axe Murderer (Shawn Hall and Matt Rogers) might be a travelling carnival show act, but that couldn’t be further from the truth. These Vancouver bluesmen are not about gimmicks.“The interaction between two people performing is much different then that of a larger band,” says Rogers. “We can twist and turn, and adapt where we’re going on a whim.”

Meeting in the unlikely situation of writing a jingle together, Hall and Rogers soon bonded over love of the classic blues by the likes of Robert Johnson and Blind Willie McTell. “We connect most with the songs and stories of the blues more than virtuosic playing,” says Rogers. The duo’s debut album, Checkered Past, garnered nominations for Blues Recording of the Year at the 2012 Western Canadian Music Awards, the 2013 SiriusXM Indie Awards, and the 2013 Maple Blues Awards, where they were also nominated for New Artist of the Year. They’re spending the summer hitting more than 15 festivals across Canada and the U.S., and working on their sophomore record. 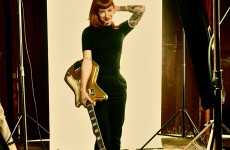 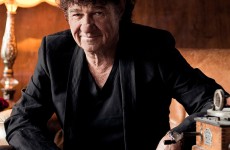 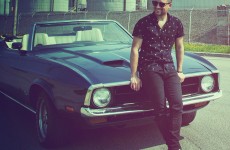 Jérôme Couture: Putting In The Work

Success begins with knowing how to pick the right people 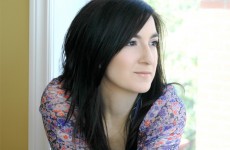 If K-OS had released his sprawling double-CD, BLack on BLonde in 2007, perhaps American rock critic Sasha Frere-Jones wouldn’t have stirred up a hornet’s nest by accusing contemporary musicians of divorcing white rock from its black roots.

In his essay, A Paler Shade of White: How Indie Rock Lost Its Soul, that appeared in the New Yorker magazine six years ago, Frere-Jones wondered why “rock and roll, the most miscegenated popular music ever to have existed, underwent a racial re-sorting in the nineteen-nineties.” Unsurprisingly, his position, along with his use of the word “miscegenation,” created quite a controversy. (The word is defined by the Oxford Encyclopedic English Dictionary as “the interbreeding of different races.”)

It’s uncertain exactly what effect K-OS was going for by christening his new album BLack on BLonde, but as evidenced by the set’s 19 tracks, interbreeding of the musical kind was uppermost in his mind.

For those who’ve been tracking his career, the news that K-OS was releasing a double-disc of 10 hip-hop jams (BLack ) and nine rock songs (BLonde) didn’t seem particularly radical. Exit, his major label debut in 2002, was celebrated for its eclectic mix of musical styles even then, and he’s always continued on that path.

“Corey Hart is my mentor, straight up! His words are like lightning bolts that blast through my ego and light up my cranium!” – K-OS

“BLack on BLonde was born the instant I learned to play five chords on the guitar with authority,” says K-OS. He says that he developed his diverse tastes well before his family immigrated to Canada.

“When I was a 10-year-old living in Trinidad, a friend named Purnell gave me a cassette mixtape, and the first three songs were ‘Jam On It’ by the Nucleus Crew, ‘Rock Lobster’ by The B-52’s and ‘Roxanne’ by The Police,” says K-OS. “I feel like those songs have set the tone for my musical career. I fell in love with ‘Jam on It’ instantly, and remember rapping the lyrics in front of the mirror. I also learned Sting’s parts [on ‘Roxanne’] note-for-note and harmony-for-harmony.”

Defying what’s expected from a rapper has worked well for K-OS, born Kevin (now spelled Kheaven) Brereton. Two of his albums have gone platinum, he’s toured with Drake, recorded with The Chemical Brothers, won multiple Juno and MuchMusic Video Awards, and was nominated for a Grammy Award in 2005.

Given the reception accorded its singles, BLack On Blonde is shaping up to be his most commercially successful album. Having guests like Corey Hart, Sam Roberts, Emily Haines of Metric, and Toronto rap veteran Saukrates on board didn’t hurt.

K-OS can hardly hold back his excitement when asked what it was like working with Hart. “Corey Hart is my mentor, straight up!” he exclaims. “He guides me every day, for he is a man that has had so much success, and then quit the game to raise a family. His words are like lightning bolts that blast through my ego and light up my cranium!”

Neil Young is another Canadian legend who appears on BLack On BLonde – albeit in a sample of his song “Cowgirl in the Sand.” K-OS says, “If you’re a black person in this country, you have to accept Neil Young as your saviour.”

The point he’s trying to make, he says, is that “black Canadians need to investigate music by people who don’t look, walk or talk like us. I feel this will enrich our musical palette and inspire us to create something new within our accepted art forms. I never saw Sting as someone who was outside my musical scope just because he was white. To me, he was just a musical human being, and because I accepted music as my lord and saviour, I was open to enjoy so much more, and infuse my own creative efforts with ideas that didn’t fit into the hip-hop status quo.”

“Black Canadians need to investigate music by people who don’t look, walk or talk like us. I feel this will enrich our musical palette.”- K-OS

K-OS has received props for his genre-bending efforts, and says the commercial hit “Nyce 2 Know Ya” shows how his sound has evolved, “because it’s an example of me just having fun and not taking the K-OS ‘conscious rapper’ image that seriously.”

Even though it took three years to record BLack On BLonde, working on two records at the same time was a challenge. And there were some firsts. “Ryan Dahle from Age of Electric was key from a production standpoint,” K-OS says. “He also wrote a song (“Billy Bragg Winners”), which I seldom let happen. He made me wanna write good little rock songs, and I feel the songs “BLondes” and “The Dog Is Mine” were a result of that.”

You might expect someone who’s just released their fifth album to soak up the acclaim, but K-OS says he’s still gunning to write perfect, hook-filled songs. “These kids need to start writing bridges in their songs,” he says. “That remains the biggest challenge for me in songwriting.” 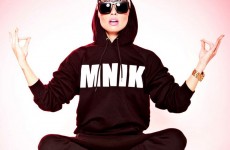 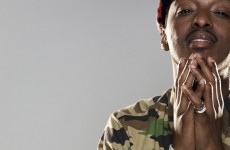 K’NAAN introduces some “me” time in his new songs

From the political to the (somewhat) personal