It’s with great sadness that SOCAN mourns the loss of iconic songwriter, music publisher, mentor Ralph Murphy – one of our greatest friends and allies – who has passed away from pneumonia at the age of 75. SOCAN’s flag is flying at half-staff today in his honour. 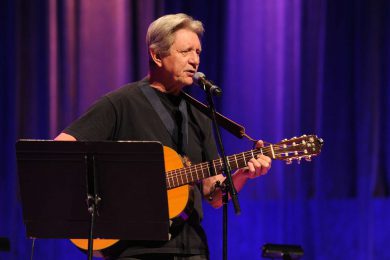 Murphy as mentor, showing how to write a song.

“At the 2019 SOCAN Awards on April 1, we honoured Ralph with the Special Achievement Award for his generosity as a mentor to countless Canadian songwriters and music publishers, and for being one of the SOCAN family’s greatest friends,” said Michael McCarty, SOCAN’s Chief Membership & Business Development Officer. “Ralph was a proud SOCAN member and as an ASCAP executive, he was SOCAN’s greatest link to them. He was the Godfather of Nashville – our unofficial ambassador, door opener, and revealer of the secrets to Canadian songwriters and publishers trying to crack the Nashville code.

“I vividly recall the day I met Ralph in the mid-’80s. As a music publishing rookie working for Frank Davies at ATV Music Canada, Frank took me on my first trip to Nashville. Our first stop on Music Row was Pic-A-Lic Music Publishing, where Ralph was a partner. Frank literally said, ‘I’m going to introduce you to the only person in Nashville that you’ll ever really need to know.’ The Ralph I met that day was the same one I knew ever since. Welcoming, friendly, open-minded but skeptical at the same time, and above all, eager to hear the latest song or songwriter, and brainstorm on how they could be helped.”

Throughout his stellar career, Murphy had been a singer, songwriter, record producer, music publisher, executive, and educator. He was also a very generous mentor to countless Canadian songwriters and music publishers.

Ralph Murphy had been writing songs, as he described it in a 2017 SOCAN Words & Music online magazine article, “since God wore short pants.” The Nashville-based Murphy was a 2012 Canadian Country Music Hall of Fame inductee. He penned the No. 2 Jeannie C. Riley hit “Good Enough to Be Your Wife” in 1971; co-wrote the 1978 Crystal Gayle chart-topper “Half the Way”; co-wrote the 1980 Ronnie Milsap No. 1 hit “He Got You”; and most recently enjoyed a No. 2 U.K. hit via Sir Cliff Richard, “21st Century Christmas” in 2006. He also had his tunes covered by Randy Travis, the late Don Williams, Ray Price, Shania Twain, Kathy Mattea, Little Texas and – on the other side of the Atlantic – Brotherhood of Man and Vanity Fare. His book, Murphy’s Laws of Songwriting: How to Write a Hit Song, has been endorsed by some of the art form’s most celebrated tunesmiths. 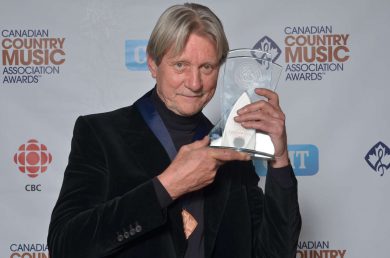 Murphy was inducted into the Canadian Country Music Hall of Fame in 2012.

Murphy was born in Saffron Walden, England, and emigrated to Canada at the age of six. He was 16 years old and living in Wallaceburg, ON, when he got “floored” by The Beatles, and decided to move where the action was when he hit 19 in 1965. A duo of he and Jack Klaysen were signed to a deal with Pye Records, with Murphy also landing a Mills Music publishing deal. They were known as the Guardsmen, and later the Slade Brothers, and opened U.K. shows for The Kinks, The Troggs, The Byrds, The Walker Brothers, The Hollies, and Wayne Fontana & The Mindbenders. Along the way, he bumped into Randy Bachman, which led to a lifelong friendship between the two fellow SOCAN members.

In 1969 Murphy moved to New York and ended up producing April Wine’s 1972 classic album On Record – featuring their first two national hits, “You Could’ve Been a Lady” and “Bad Side of the Moon.” He also produced the follow-up, Electric Jewels, and later did the same for Canadian acts Mashmakhan, Shooter, and Brutus, among others.

He moved to Nashville in 1972, and started the Pic-A-Lic music publishing company with his friend Roger Cook. The hits flowed almost immediately, may of them co-written by Ralph. Over the years, he became a sought-after speaker on the conference circuit, leading songwriter workshops around the world. In that capacity, he hosted more than a few SOCAN Song House camps at the BreakOut West and East Coast Music Week conferences, among others. With his endless supply of wisdom and wit, Ralph had been supporting the dreams of countless Canadian songwriters for more than 30 years.

SOCAN extends our deepest sympathies to Murphy’s friends, family, and colleagues throughout the music-industry ecosystem. 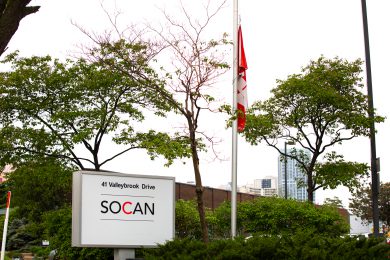 In an exclusive interview with SOCAN, Desiree Dorion – conducted at the 2019 Manito Ahbee Indigenous  Music Conference  – speaks about how she wrote her hit song “Like a Flower,” and why it so deeply resonates with people from coast to coast. She also discusses going out of her comfort zone for her next album, recorded with producer Chris Burke-Gaffney (former manager, co-writer, and producer for Chantal Kreviazuk), due in February 2020.

In an exclusive interview with SOCAN, Angela Amarualik – who won the Best Inuit, Indigenous Language, or Francophone Album (for her debut album, Angela Amarualik) at the 2019 Indigenous Music Awards, during the 2019 Manito Ahbee Indigenous  Music Conference  – discusses her unique blend of musical styles, singing in her Inuktitut language, her songwriting, and her childhood hero Beatrice Deer.