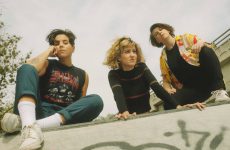 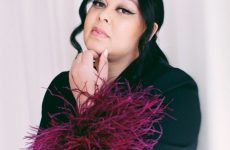 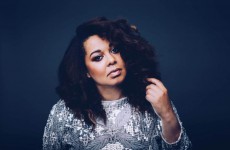 The 2022 JUNO Awards nominations were annunced on March 1, and Charlotte Cardin leads the pack with six nominations, while The Weeknd and Justin Bieber  follow closely with five each. Cardin is nominated for TikTok JUNO Fan Choice, as well as Single, Album, Artist, Pop Album, and Music Video of the Year. Nominations for both The Weeknd and Bieber include Fan Choice, Single, and Artist of the Year.

“I’m still trying to process it,” said Cardin in a Zoom press conference after the nominations were announced online. “My friends and family are very excited. It’s like extra gravy for an album [Phoenix] that we were very happy with in the first place. I’m very stoked… It’s very personal. I wanted the album to be real and authentic and true to what I wanted to say.”

In the press conference after the announcements, a handful of nominees answered journalists’ questions.

Allison Russell, nominated for both Songwriter and Contemporary Roots Album of the Year, said, “I’m so deeply honoured… It’s the most personal record I’ve made… What I’ve been hearing from people who’ve been listening, and coming to shows, is that those stories can become part of someone else’s life.”

Charlotte Day Wilson, whose three nominations include one as Producer of the Year, commented on her status as a representative for under-represented female producers, saying, “It’s the category I’m most excited about…  It’s something that I’ve wanted to have more recognition in, and it’s just nice to be able to point to that and say, ‘See?’”

That sentiment was echoed by Recording Engineer of the Year nominee Hill Kourkoutis, who said, “I’m extremely grateful. We’re now closing the gap in the engineering and production world.”

TikTok phenomenon 347aidan, nominated for Fan Choice and Breakthrough Artist of the Year, said that when he’s writing, “I have no intent for the song to blow up… It’s all very natural.. I’m an 18-year-old, so when other 18-year-olds scroll through their phone, and see my songs, they can relate.”

That idea was echoed by another Tik Tok star, Jessia, who said, “I write what I want to write, and I use it as my own therapy.”

JP Saxe, who won the Breakthrough Artist Award last year, and is nominated for both Artist and Album of the Year in 2022, said of his post-breakthrough songwriting, “I think of the creative process more as an uncovering than creating… Songs are usually written from a place of figuring out our emotions… There are lots of songs about the beginning of relationships, and lots about the end, but not many about the middle.”

The 2021 JUNO Awards will take place May 15 – live and in person for the first time in two years – at the Budweiser Stage in Toronto, streamed via CBC Music, and broadcast on CBC-TV. 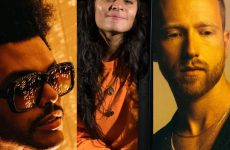 Please be advised that SOCAN intends to make, in or after the week of April 4, 2022, an application under section 69 of the Copyright Act to withdraw the following proposed tariff:

This constitutes a public notice under s. 69.1 of the Copyright Act.

Note: the majority of the assets of SODRAC were acquired by SOCAN in July 2018.