After initially going viral on TikTok, Tesher’s “Jalebi Baby” caught the attention of Jason Derulo, who approached him to feature on the song. A remix version with the duo became a global viral sensation, topping the Shazam charts in 25-plus countries, and quickly amassing more than 100 million combined global streams. The song peaked at No. 1 on the U.K. Asian Music Chart, and remained atop it for seven consecutive weeks. “Jalebi Baby” also rose to a peak of No. 3 on the Billboard World Digital Song Sales chart, where it stayed for two weeks. The song also rose to a peak of No. 7 on India’s Top 20 International Singles chart for three weeks, becoming Tesher’s first Top 10 hit in that nation. Here, he discusses the satisfaction he gets from sharing the stories and sounds of his culture. 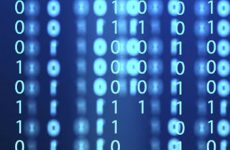 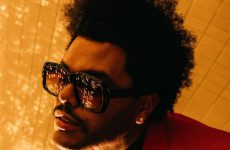 Classical composer/conductor Yannick Nézet-Séguin has earned five nominations, and producer/songwriter Boi-1da and Drake have earned four each – the most among all SOCAN members this year – for the 65th Grammy Awards, to be hosted by Trevor Noah and broadcast Feb. 5, 2023, on CBS.

Boi-1da (aka Matthew Samuels) was nominated for Producer of the Year, Non-Classical; earned two nods for his songwriting and producing contributions to both Beyoncé’s Renaissance and Kendrick Lamar’s Mr. Morale & The Big Steppers, both nominated for Album of the Year; and was recognized for his production work on “Churchill Downs” by Jack Harlow featuring Drake, which was nominated for Best Rap Song.

Drake earned four nominations as well: two for Best Rap Song, for his features on “Churchill Downs” by Jack Harlow, and “Wait for U” by Future (which also featured Tems); one for Best Melodic Rap Performance, also on “Wait for U”; and one for his songwriting on Beyoncé’s Renaissance, nominated for Album of the Year.

Professional songwriter Tobias Jesso Jr. is a triple nominee, honoured in the brand new category of Songwriter of the Year, and as a co-writer who contributed to songs on Adele’s 30, and Harry’s House by Harry Styles, both nominated for Album of the Year.

SOCAN members with single nominations include Alisson Russell, in the Best American Roots Song category, for “Prodigal Daughter”; producer/songwriter/DJ Kaytranada in the Best Dance/Electronic Recording field, for “Intimidated,” a duet with H.E.R.; Bryan Adams, up for Best Rock Performance, for “So Happy It Hurts”; Michael Bublé, recognized in the Best Traditional Pop Vocal Album category, for Higher; Snarky Puppy (which includes SOCAN member Larnell Lewis), in the running for Best Contemporary Instrumental Album, for Empire Central; the late Glenn Gould, posthumously nominated for Best Historic Album, for The Goldberg Variations – The Complete Unreleased 1981 Studio Sessions; and Arcade Fire, for Best Alternative Music Album, for WE.

Producer/songwriter Sevn Thomas is included among the contributors to Album of the Year contender Renaissance, by Beyoncé. He also co-produced “Good Day,” a song included on Sean Paul’s Schorcha, nominated for Best Reggae Album. Schorcha, also includes co-production of “Wine Up” by Jordon Manswell, and of multiple songs by Banx & Ranx.

Chiiild (Yonatan Ayal and Pierre-Luc Rioux) contributed to the song “Compassion,” which appears on Lucky Daye’s Candydrip, a nominee for Best R&B Album. Ryan Bakalarcyzk and Ace G contributed to Jack Harlow’s “Churchill Downs,” nominated for Best Rap Song. And Demy & Clipz (aka Étienne Gagnon and Steve Martinez-Funes), are contributors to “La Corriente,” by Bad Bunny, on his album Un Verano Sin Ti, nominated for both Album Musica Urbana  and Album of the Year.

Please note that SOCAN is currently reviewing the entire, extensive list of 2023 Grammy nominations to determine any other member nominees, and may update this article accordingly.

What might have been a single-concert musical experiment has turned out to be one of the most daring musical projects to come out of Québec in the past few years. TEKE::TEKE, a multi-ethnic, Japanese-speaking, genre-busting band, mixing psychedelic jams, punk riffs, traditional Japanese melodies, and pop experimentation, saw their efforts – and their album Shirushi – rewarded with a first honour at the Premier Gala de l’ADISQ, on Nov. 2, 2022.

We met them as they were leaving the stage to discuss the reception they’ve received from Québec audiences since their very beginnings, which gave them the impetus to tour internationally. 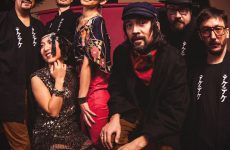 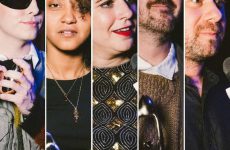 Wins Félix Award for International Collaboration of the Year, presented by SOCAN