In order to effectively support and protect Canadian music creators, and look after their economic interests, SOCAN advocates for our members by lobbying the Canadian government and main federal political parties.

It’s important for the federal government to understand that Canada’s creative economy is one of the most vibrant in the world. This means a rich culture, both historically and currently, including some of the most popular music creators in the world today – like The Weeknd, Drake, Arcade Fire, Shawn Mendes, Michael Bublé, Coeur de Pirate, Luc Plamondon, Les Cowboys Fringants and many more. It also means contributions to Canada’s gross domestic product, export revenues and job creation.

SOCAN is a business that is politically agnostic. Our 130,000-plus Canadian members have a very diverse range of political views, but we work with any and all major political entities that can improve the lives and the livelihoods of our members. We’ve had, and will continue to have, conversations with the main federal parties, whether they’re in power or not.

We thank all the people we’ve met during the last Parliamentary term for their attention to our issues. And we’ve been encouraged by our contacts with key Liberal decision makers before the recent federal campaign began, including what we sense as a strong personal commitment for the cultural industries – especially music – by now-Prime Minister Justin Trudeau. We all remember his surprise visit at the SOCAN networking party on Parliament Hill last May.

Among the many issues of interest to SOCAN are the following:

Swift action on extending the term of copyright protection for songwriters, composers and music publishers from 50 to 70 years after the death of the last surviving songwriter or composer. The previous government did create this extension for sound recordings, but did not do the same for songwriters and composers. Following SOCAN’s outreach, both the Liberals and NDP weighed in on the record during Parliamentary question period supporting this initiative. Such an action would bring Canada in line with modern international norms, supporting productivity and our trade agenda.

Improvement in the way the Copyright Board of Canada works. The government could greatly improve our members’ economic well-being by granting the Copyright Board the resources it requires in order to render decisions on a more timely basis. A recent study showed that the average time it took the Board to certify a tariff was 3.55 years; when hearings are required, the average timeline jumps to 4.42 years. It seems all parties agree on this, and we hope the current government will be the one to make it happen.

Clarification of the numerous and broad exceptions and limitations to copyright in the Canadian legislation, of which there are far too many, especially for a country with such a vibrant cultural and entertainment ecosystem.

Boosting the export potential of our talented music creators and artists. We hope that under Stéphane Dion, the foreign ministry will see the potential of new public/private partnerships in this respect, and SOCAN is more than ready to do its part.

Redefine the private copying regime (started by a Liberal government in the late ‘90s) to catch up with most advanced countries in the world, so that the amazing value being created for some companies (like digital services and digital device manufacturers) out of music can be shared with the very creators that are the originators of that music, and who make that value creation possible.

On all of these issues, the government needs to move quickly. This is the 21st Century; time – and technological change – flow much more quickly than before, so our music creator and publisher members can’t wait until 2017 for a “business as usual” review of the key legislation. Canada is a hot-bed of creative and digital industries, but with the slow pace of political activity, they’re fighting with at least one hand tied behind their backs. And given that these delays in passing legislation span tax years, a sudden one-off payment can also have significant tax implications for our members. If a royalty decision is lower than estimated, SOCAN must reclaim the excess from our members. As such, these delays creates significant economic uncertainty for our members.

We need these issues to be fixed in order to best harness all of our energies and claim our rightful place in the world of music policy: that of a leader. 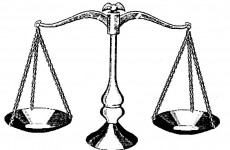 First of all, I’d like to welcome you to the new redesign of the SOCAN online Words & Music magazine. It’s fitting that this President’s Message is about change and the digital shift in our industry. It’s a theme I’ve written about before, but it continues to swirl around us, so please read on…

Every day, you see something new about how the digital world has affected the music business. These articles range from doom and gloom to the rosy future of the new world. Sure, everything is changing, but of course, change is nothing new. The way people have been consuming (or enjoying) music has been constantly evolving, from piano rolls to radio, 78s, 45s and 33 rpm records, cassettes, CDs, digital downloads and now streaming. The only thing really changing is the accelerating pace of change.

At the dawn of the radio era, songwriters and publishers thought their livelihood was over because it was going to kill the piano rolls business – and it probably did – but still we survived, and thrived. More recently, in a short period of time, we’ve moved from physical to digital, PC to mobile and download to streaming almost simultaneously, not to mention business practices shifting from territorial to global. Change is all around us.

Things have yet to settle down into a fully sustainable business model.

Of course, this whole wave of change started in 1999, with the first hint of Napster. Instantly, the music industry was set on its ear and piracy became rampant. In 2001, Apple jumped into the game with iTunes and the iPod almost immediately after. Likely both a blessing and a curse for the industry, iTunes introduced a viable legal download alternative, but still iPods were capable of holding more than 10,000 songs and it’s unlikely that anyone paid $1.00 for every song contained on them.

It’s hard to imagine that none of this technology and disruption even existed 15 years ago, and it’s equally hard to believe that through that time, things have yet to settle down into a fully sustainable business model. For many young music consumers, the current reality of music “that appears to be free” is all they’ve ever known.

Piracy became the devil of the music industry and only now, for us anyway, with streaming starting to take hold globally, it seems to be less of a concern. Still, 20 percent of internet users around the world access websites that offer music that infringes copyright. There are other owners of digital content who have it far worse than we do, though, with music only representing 3 percent of illegal internet traffic, while film and TV represent about 50 percent (granted there is music in that audio-visual product).

Perhaps the new piracy we face as songwriters and publishers now, though, is coming from within. With the world embracing streaming at a logarithmic pace, somehow the revenue that these services should be generating for us isn’t materializing in a sustainable way. Current rates for songwriters and music publishers are far too low, while labels seem to be getting the lion’s share of the royalties, and in many cases owning equity stakes in the major streaming services. Ultimately, there is very little transparency in the whole system, and while some people may be making money with these services, we music creators certainly aren’t.

A recent example that was all over the news was that of Kevin Kadish, co-writer of the Megan Trainor hit, “All About That Bass.” It was reported that Kevin earned only $5,679 for his share of 178 million streams on Pandora. Clearly, there’s something wrong with this picture. In order to have a sustainable music ecosystem, all contributors in the value chain need to be compensated fairly.

I’ve previously written about Fair Trade Music, now an incorporated entity, that’s been working to establish itself as a certification body for fairness, transparency and ethical and sustainable practices within our industry. Spearheaded by the S.A.C (Songwriters Association of Canada) and endorsed by CISAC (The International Confederation of Societies of Authors and Composers), CIAM (The International Creators’ Council), MCNA (Music Creators North America) and supported in principle by ASCAP and Spotify, with contributions and support from SOCAN and SACEM, Fair Trade Music (FTM) is clearly gaining much traction.

FTM is working hard to define a level playing field among rights holders and music services by seeking to establish credible criteria for transparency and fair remuneration, as well as creating a reputable brand to help make the public aware of ethical players in the industry – as it’s been proven by other Fair Trade initiatives that many consumers would prefer to deal with entities that operate in a fair and sustainable way, not unlike the Fair Trade Coffee movement. Stay tuned for more developments on the FTM front.

Finally, while we’re on the topic of change, on a tangentially related note, sometimes the more things change, the more they stay the same. I’m pleased to report that this past June, following SOCAN’s Board of Directors’ election, I’ve been re-elected to a second three-year mandate as President of the SOCAN Board of Directors. Along with our newly elected board – which turns out to be fairly similar to our outgoing board, but for two members (we welcome publisher Robert Ott from ole and songwriter Safwan Javed) – we’ll continue to work with SOCAN management to guide our way through these changing times, looking for opportunities to ensure that SOCAN continues to build on its strengths, and can thrive in this constantly evolving world. 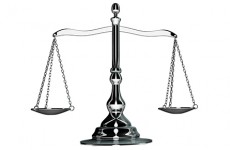 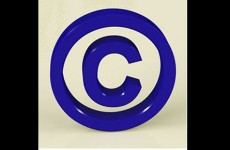 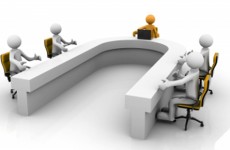