At only 17 years old, Toronto native Tyler Medieros has already done some big things. The cousin of fellow international breakout stars Shawn Desman and Danny Fernandes, Medeiros found music at a very young age, releasing his first songs at only 15. Receiving positive responses, he kept recording and his first official single, “Say I Love You (Please Don’t Go)” (feat. Lil Twist) was a smash hit with fans, and attracted the attention of pop/rap superstar Flo Rida, who signed him to his new label, International Music Group.

With his songs charting on MuchMusic and Family Channel, Medeiros kept busy on a huge arena tour with Flo Rida and Pitbull, and became the face of Family Channel’s Anti-Bullying Awareness Week. And he’s not stopping anytime soon.

“Growing up I always had a passion for music,” he says. “I’m going to keep making my music for my amazing fans… I haven’t even seen half the world yet. Still so much to do.” 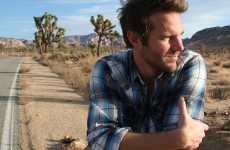 In all likelihood, you know Frédérick Baron but don’t know you do. It’s nearly impossible you haven’t heard of the very many songs he’s penned on the radio, because he has been, hands down, the most sought-after lyricist in Québec’s music scene for ten years running. The list of artists he’s collaborated with is as long as it is impressive: Marie-Élaine Thibert, Annie Villeneuve, Bruno Pelletier, Marc Hervieux, Mario Pelchat, and Renée Martel all sang his words… Céline Dion tapped him to co-write the lyrics to “Entre Deux Mondes” a song that was sung by Marc Dupré.

But after so many years working in the shadows, the 37 year old writer now hopes to make it as a frontman with his second electropop album entitled Humeurs variables which he coproduced with Jérôme Minière and Lucie Cauchon. It’s a much more intimate affaire than Territoires Nord, his first concept album released 4 years ago. This time around, Baron relies on his poetic, striking and incisive penmanship to reveal himself on a very intimate level. He writes about hardships from his youth (“Maux-Dits”), proves to be surprisingly self-mocking (“Des goûts de luxe”) and unabashedly admits being afraid of growing old (“Sois jeune et tais-toi”).

But stepping through the looking glass is not as easy as it seems. Frédérick Baron says his work as a lyricist requires takes a lot from him and finds it hard to shed that skin. “People have a hard time establishing a link between this electropop album and my work as a lyricist. My work as a lyricist can sometimes become a little frustrating, casting a shadow on my singing career. But it’s also very helpful. It’s a double-edged sword,” muses the artist.

But, as a writer, couldn’t he simply give his more personal texts for other to sing instead of having to get on stage himself? Baron admits he felt the need to write for himself after all those years of writing for others. “In the beginning, I felt very comfortable being vicariously successful. I was self-assured, I had a huge team behind me, especially when you’re writing for Star Académie or Mario Pelchat. But, at some point, I realized it was just a customized way of seeing things, it did not represent who I am.”

Frédérick Baron is not entirely self-effacing when he writes for others, and he often offers some of his more poetic lyrics to certain singers. That’s how, for example, he convinced Bruno Pelletier to sing “Après toi le déluge”, a song about a very real breakup he went through. Pelletier even said it was one of his favourite songs. “Bruno Pelletier signs about my breakup, and that song is very painful to me. I’m even more moved that it’s sung by another artist. With Bruno singing it, it takes on an even deeper meaning.”

It’s worth noting that Frédérick Baron became a lyricist by happenstance. He arrived in Québec 1997 and hoped to become a popular singer. But, as fate would have it, things did not pan out the way he expected. Vincenzo Thoma, who collaborated with Roch Voisine and Lara Fabian, fell in love with his writing and asked him to write on the debut album of a young singer named Ima. One thing lead to another and Frédérick Baron’s career as a lyricist was under way. “Everything happened so fast and, 10 years later, I’ve collaborated on 50 albums and met all kinds of wonderful people,” he enthuses. “It’s definitely a most pleasant happenstance.”

But despite having written for some of the biggest names in the biz, Baron is still incredibly humble and hasn’t fully overcome his impostor syndrome, yet. On the plus side, the experience he’s gained with time allows him to choose which projects he wants to work on. As a matter of fact, he likes to compare himself to a fashion designer who has his unique style and who customizes his creations around his models.

Last November, he invited his friends on stage to sing some of the songs from his latest album in order to celebrate a decade of songwriting. It was a festive night where he invited artists with completely different styles. Indeed, it is rather hard to imagine any other circumstance where Ima, Catherine Major, Bruno Pelletier, Mario Pelchat and Alexandre Désilets would share the same stage. He believes there’s not better way of introducing himself as a lyricist to the general public.

Clearly, Frédérick Baron has no shortage of projects in the months ahead. He’s hopeful to get on stage and tour Humeurs variables in a few cities around the province. He’s also been hard a work on a mysterious TV series project for the past two years, but won’t say more about this new venture. Yet, after collaborating with Céline Dion, what more could he wish for? The lyricist says he would love to bump into Laurence Jalbert or Pierre Lapointe. Hark! 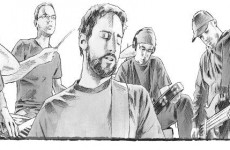 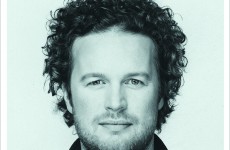