Leave it up to Ivan Berry and Daniel Mekinda to strike up the brand.
Since the music industry veterans launched Toronto-based music publisher tanjola five years ago, the duo has been consistently toiling to alter public perceptions about songwriters.

“Producers like Timbaland and The Neptunes have become extremely popular, but the songwriter doesn’t seem to get the same public due. Even on the record, the publisher is always noted in bold print and the songwriter is listed in the finest print you could possibly find – even though they’re the ones who created the song in the first place. So we’re diligently working on marketing our songwriters the way you would market artists and producers.”

“All of our songwriters make enough money that they do this full-time, writing every day. That’s a dream come true.”

According to Mekinda, tanjola holds tunesmiths in the highest regard. “We’ve always had a love and respect for songwriting,” he notes. “The core of everything we do in this industry comes down to the song and the songwriter.”

“We’ve expanded,” says Mekinda. “The hires we’ve made [in brand management, artist management, business administration, and digital marketing/strategy] are focused on developing our songwriters as much as our artists.” Tanjola isn’t only a publisher, but also a Universal Music Canada-distributed record label and an artist management firm.

The seeds for tanjola were planted in the Canadian Idol era, when Berry headed BMG Canada’s A&R department and Mekinda served under him. “Because of Canadian Idol, we had this ability to have songs written specifically for a project,” recalls Mekinda. “Ryan Malcolm, the first winner in 2003, had his complete album written as a result of a writing camp that we assembled.”

“Last year, we had 60-70 cuts globally – South Korea to Romania to Canada to the U.S. to the Middle East,” says Berry. “All of our songwriters make enough money that they do this full-time, writing every day. That’s a dream come true.

“Now it’s our goal to try to make them more money, [with] bigger songs and bigger records. But waking up every morning doing what we love, to me and Daniel, that’s success.” 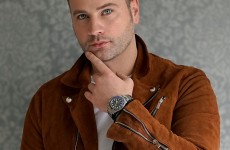 How did the song happen?: “First Time”

It doesn’t matter what variety of double album you decide to make – a double-live record, the grand concept album, or the “I love all these songs, let’s put the lot of them out together” variety – when an artist decides to write and record two discs of material for simultaneous release, they know they’re in for a lot more work than is usual to get their album in the can.

Of course, you could attempt to streamline the process. You know; record everything in one studio, over the course of a single block of time, using the same band and production team throughout. Or you could take the approach Sarah Slean did for her upcoming release, Land and Sea, which is, arguably, the contrary.

While the songs on each album in the double set, Land and Sea, are often concerned with the kind of incidental beauty life tosses up from the depths for our pleasure – the “shocking wonder of existence,” Slean says – in their conception and creation, the two albums are very much a study in opposites.

Scheduled for release in September 2011 on Pheromone Recordings, Land and Sea involved not only separate writing processes but also two dramatically different recording processes. “It’s massive, but I’ve always loved that about music,” says Slean. “I love when things are epic. Art is like life; if you put in the time and the effort and your whole heart, that’s what you get back.”

Slean describes the Land album, produced by Joel Plaskett and recorded in late 2010 in various Toronto studios, as a straight-up pop record. “Joel’s aesthetic is so different than mine,” she says. “I’ve worked with a lot of producers and I find it’s always good to have people who are just a little bit out of your world.” Slean also credits Plaskett with helping her stretch out as a piano player, and explains that in writing and arranging songs for Land she made a conscious effort to pare down the complexity of her piano parts to allow other voices to shine through.

: “Recording Sea was probably the highlight of my artistic life thus far.”

Even so, the process and the challenges that went along with recording Land were familiar. Sea, on the other hand, recorded in June 2011, live off the floor with a 21-piece string ensemble in Revolution Recording Studios under the direction of producer Jonathan Goldsmith, was a completely different animal.

“I’ve tried to take those two aspects of my writing and my musical aesthetic and mash up the sort of ‘clever, sometimes epic, pop/rock band music’ with the ‘dreamy, classical, theatrical stuff,’” says Slean. “At times it can work – Night Bugs [2002] was a pretty good hybrid of the two. But I’ve come to the point where both sides are expanding to such a degree that I thought, why not separate them? Why not let them [each] have their own environment, their own world? And I feel like the result is that both got better.”

The concept began as a “faint idea,” Slean says, one she had only begun to consider in early 2009, but once the idea began to solidify there was no turning back. “From the get-go I envisioned an orchestra,” she says. “I had no idea how it was going to happen, who was going to pay for it, or who would be involved, but that was the concept from day one.”

Over the course of two years, Slean composed the material for both records in the double-album set simultaneously, although in different settings and from two contrasting musical and lyrical perspectives. “Land, to me, is external,” she says. “It’s about being in the physical world with other creatures, and real-world, real-time experience: vocalizing, communicating, being. For Land I was thinking about my band and working with Joel and songs would just pour out of me. That’s why I wanted to work with Joel. He’s just so good at picking the good stuff and kicking out the rest.”
Sea, on the other hand, concerns itself with more internal, unconscious aspects of the wonder of existence – aspects no less integral to life, but less noticeable and therefore more mysterious.

“There’s so much to explore consciously,” says Slean. “You can create your own life, pick directions and build it yourself. But there’s also this aspect you have nothing to do with. Like our cells cleaning up the mess inside of us, our hearts beating, our livers filtering our blood… Between nature and us there’s communication going on that we consciously don’t get. That’s why Sea had to be [recorded] live, to invite the mysterious.”

Capturing that aesthetic, lyrically and musically, depended heavily on a conscious effort on Slean’s part to distance herself from the familiar. It’s a process that began during an extended stay in Paris in January 2010, but continued somewhere decidedly more remote, in a part of Canada where the interaction between sea and land is often as violent as it is spectacular. “When I was starting the scores for Sea, I went to Pouch Cove, Nfld., to this tiny cottage full of beetles,” she says. “It was very rustic, almost like camping, but there was this giant window in the front room, beside my piano. I was literally looking out onto the ocean and I would see whales playing in the bay as I was writing. It was perfect. It was ideal. Whenever you go somewhere new, it stirs up something new, and that was perfect for Sea.”

While Goldsmith scored three of the compositions on the record, the lion’s share of the arrangement duties fell to Slean, a process that required her to take on a challenge unlike any she had previously. “It’s the first time I’ve written for an ensemble of that size,” she says. “The most I’ve written for was maybe eight strings, but this was a whole other ball of wax.”

Although she was looking forward to recording, unconsciously, the high stakes got to her a bit. “I swear,” she says, “in the month leading up to the sessions, I was having weird, fluttery, irregular heartbeats and not sleeping very well… It was two three-hour sessions on [each of] two days; all of that, two years [of work], culminating into twelve hours [of recording live].

“Jonathan is the one that convinced me to do it live. He said, ‘You have to sing and play this with the orchestra.’ And I was like, ‘Are you crazy? Can we isolate at least one variable here?’” The answer was no, and for that – unconscious stress notwithstanding – Slean is ultimately grateful. “It was probably the highlight of my artistic life thus far.”

Given how varied the Toronto-based recording artist’s creative pursuits are, that’s saying a great deal.

Slean isn’t exactly shy about expressing herself in a variety of contexts. Beyond her contributions as a backing vocalist, pianist and arranger on other artists’ recordings, she’s worked as an actress (portraying Evelyn Dick in David Morton’s, Black Widow in 2005), and released two volumes of poetry, Ravens (2004) and The Baroness (2008). She also continues to explore other outlets – including a longtime love of painting – primarily, she explains, to gain fresh perspective on her musical output.

“I gravitated towards [visual] art because your ears could rest and your eyes could recharge,” she says. “When you’re so involved with music, when you’re in the studio, at the end of the day, you’re like, ‘I want silence.’ Any sound drives you crazy.”

Beyond that, for Slean the act of creation in one discipline fuels the desire to create in others, music in particular. “I don’t really consider myself a painter or an actress – music is my true love,” she says. “But I’m drawn, like, ‘impossible-to-resist’ drawn, to these other things because I feel like sometimes your music soul wants a breather, it wants more data.”

The urge to paint, in particular, Slean says, is often as fierce as her urge to make music. “You’re totally absorbed. Time melts away. And that’s why I went to those other outlets. When you let your ears rest, when your other senses come alive, [then] when you return to music… you return to that innocence that you kind of have to lose in order to get good at music.”

That brand of innocence is all too easy to lose over time, regardless of how you make your living. Acknowledging the shocking wonder of existence is one thing; maintaining it is the trick, she says. “For me, that’s where art comes from: wonder.”