Among the list of talented SOCAN-member Grammy contenders in 2020, Canadian producer and blues & roots songwriter Colin Linden took home the Best Americana Album award, for his co-producing work on Oklahoma by Keb’ Mo’.

Linden accepted his award at the Grammy pre-show earlier in the day on Sunday, Jan. 26, before the live evening broadcast from the Staples Centre in Los Angeles.

“Just to be nominated for a Grammy is a massive achievement, and to win one can be a defining moment,” said SOCAN CEO Eric Baptiste, who attended the awards, along with Chief Membership & Business Development Officer Michael McCarty, and SOCAN’s Senior Director, A&R Rodney Murphy. “The SOCAN family and all of Canada are proud of our members’ success.”

Linden’s work spans decades and includes touring as a guitarist with the legendary Bob Dylan, a performance at The White House, while producing records for many other musicians. Linden also did a six-year stint as the music director on the TV series Nashville, and is one-third of Blackie and the Rodeo Kings, along with Tom Wilson and Stephen Fearing.

With increasing numbers of SOCAN members either nominated or affiliated with a nomination, the Grammy Awards continue to recognize and award deserving top Canadian talent at music’s biggest night of the year.

SOCAN extends its congratulations to Colin Linden, and all of our members who were nominated for a 2020 Grammy. 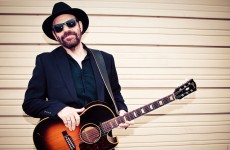