Due to Ontario’s chief medical officer issuing instructions to “avoid all non-essential travel outside of Canada” and the “immediate suspension” of all gatherings of more than 250 people because of the COVID-19 pandemic, SOCAN has made the difficult decision to cancel the 2020 SOCAN Awards, which had been scheduled to be held on March 30th in Toronto.

“We made this decision with great sadness, following guidelines recently set out and thinking first and foremost about what is best for our staff, our members, the Canadian music community and the public at large,” said SOCAN CEO Eric Baptiste. “We look forward to celebrating the incredible achievements of Canada’s most successful songwriters, composers and music publishers in an alternative way.”

The SOCAN Awards are a private celebration, but travel to and from the event and holding a gathering of several hundred people are clearly not advisable.

Congratulations to our nominated songwriters and music publishers

Venues in Québec and all over Canada have been forced to wind down their activities involving audiences, following the instructions of various levels of government aiming to reduce large gatherings of people. Those instructions, while perfectly logical in the circumstances, do nonetheless leave music lovers jonesing for their weekly live show, and the artists unable to reach their audiences and deprived of the ticket-sale revenues until further notice.

But in the meantime, many Québec artists have already started using social networks to broadcast their live performances directly to their homebound fans. Several singer songwriters have already spontaneously broadcast their music: Kevin Parent streamed live from his home; Mehdi Cayenne joined a livestream of Franco-Ontarian artists while inviting people to make voluntary contributions; Clay & Friends played from a street in Lyon, France while they wait to come back home; Cindy Bédard broadcast the launch of her third album on Facebook Live, surrounded by her family and friends; Lendemain de veiille’s Marc-André Rioux played live from his basement on Sunday night; Stéphan Côté and Roxane Filion sang together live from their lobby; Florence K broadcast a touching family performance during which her sisters and her sang a song for their grandmother through the door of her nursing home; and Caracol, Seba of Seba & Horg, and Karlof Galovsky have all announced their intentions of live casting their music in the coming days. 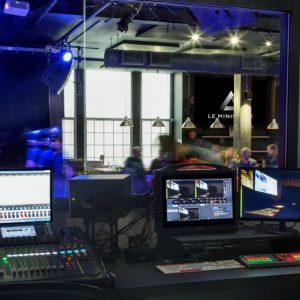 In parallel, Louis-Armand Bombardier, who heads the label L-Abe and owns Montréal’s Le Ministère venue, is developing a live show capture and broadcast from Le Ministère using a skeleton technical crew and extra sanitary measures. Le Ministère, it must be noted, is already equipped with a full broadcast centre with several cameras, so it’s webcast-ready.

“We’re fully ready to broadcast, and the programming is being developed as we speak,” Bombardier told Paroles & Musique. “We’re reaching out to the whole community to enlist the help and subsidies of sponsors and artists. The response has been great! We shut down on Friday March 13, abiut 24 hours before the government made its recommendation, and even though we’re smaller than 250 capacity; we figured it was irresponsible to risk it. But with a small crew, and group of artists limited to 10 or 12 people, and extra sanitary measures, we’re totally comfortable going ahead with this project.” For now, Le Ministère will stream shows recorded over the last few years before potentially moving forward with live recordings.

The music ecosystem is demonstrating its creativity and solidarity in the face of this pandemic and economic turmoil. And that’s reassuring and entertaining for everyone! 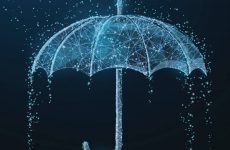