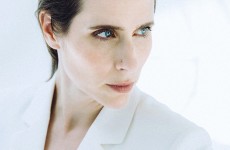 The Music Managers Forum (MMF) presented Daniel Caesar and his managers/producers/co-writers Matthew Burnett and Jordan Evans with the Banner Year Award – sponsored by The SOCAN Foundation – at the 2018 MMF Honour Roll dinner on May 8, at the Bymark Restaurant in downtown Toronto. Charlie Wall-Andrews, Executive Director of the Foundation, attended the celebratory dinner, held during Canadian Music Week, where the MMF presented the honour to Caesar and Burnett, though Evans was unable to attend.

The award recognizes the meteoric rise of the JUNO-winning, Grammy-nominated R&B and soul singer-songwriter Daniel Caesar this year. Caesar released his critically acclaimed debut album Freudian in 2017. Co-managers Matthew Burnett and Jordan Evans also co-produced the album, and co-wrote several of its songs.  Freudian featured the No. 1 Urban AC hit “Get You,” became the No. 1  iTunes R&B/Soul album, and earned national television performances for Caesar in the U.S., on The Late Late Show with James Corden, Late Night with Seth Myers, and one with Chance the Rapper on The Late Show with Stephen Colbert. Two songs, “Get You,” and “First World Problems” even made it onto former U.S. President Barack Obama’s year-end list for 2017. Caesar’s debut world tour is selling out everywhere, including a five-night run at The Danforth Music Hall, in his hometown of Toronto. 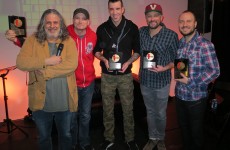 Rarely has there been such an eclectic final round at the annual Francouvertes competition. Besdie Lou-Adriane Cassidy’s delicate rock sensibility (2nd place), and the dislocated experimental punk of CRABE (3rd place), it was the contagious energy of rap combo LaF that stood out and won the final round of the 2018 Francouvertes contest, which took place at Montréal’s Club Soda on May 7, 2018. And thanks to the combined votes of the professional jury, the general public, and various event partners, LaF also won several additional prizes. Lou-Adriane Cassidy and CRABE also didn’t leave empty-handed, having each won a few rewards.

All three 2018 Francouvertes finalists (L to R: Lou-Adriane Cassidy, LaF and CRABE) gave everything they had during the finals. (Photo: Eric Parazelli)

The night opened with the last of the “J’aime mes ex” performances, a SOCAN presentation, featuring event spokespersons Klô Pelgag and Tire le coyote, who performed a few songs as a duo prior to the finalists’ performances.

SOCAN member Lou-Adriane Cassidy and her collaborators Stéphanie Boulay and Philémon Cimon won the Paroles & Musique Award – including a $1,000 cash prize and a stay at the Paris SOCAN House offered by SOCAN – in recognition of the excellent writing of the songs performed by Cassidy during the semifinals.

For a complete list of the 2018 finalists’ awards, visit the Francouvertes website. You can listen to the entire finals show on May 9, at 7:00 p.m., during the Influence Franco show on SiriusXM 174.

SOCAN congratulates LaF for the major victory in their budding career! 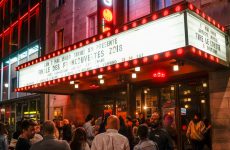