Our video series The Pros introduces you to leaders in their fields who share some of the information they’ve learned by creating music in their careers.

In this video, CRi shares his tips and tricks to give the best possible live show: the working conditions required for a successful electronic music performance, the state of mind most conducive to a successful show, and the advice he wishes he’d had before he started playing shows. 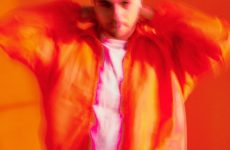 SOCAN was pleased and proud to be one of the organizing entities for the first-ever Song & Score Week, Sept. 19-24, 2022, in Toronto, dedicated to helping songwriters and composers achieve and share their musical and career goals. Song & Score Week provided educational programming to build skills, supported industry growth, delivered opportunities to connect, and presented awards to recognize music creators.

Song & Score Week was organized collectively by the Canadian Songwriters Hall of Fame, Music Publishers Canada, the Screen Composers Guild of Canada, SOCAN, the SOCAN Foundation, and the Songwriters Association of Canada.

The week was jam-packed with exciting events and activities (all held at downtown Toronto’s El Mocambo, unless otherwise noted).

Indigenous Song Camp
From Sept 20-22, a dozen-odd Indigenous singer-songwriters and producers gathered at the downtown Toronto offices of Kilometre Music to write, make demo recordings of, and share new songs together.

On the Clock with Murdoch
On Wednesday, Sept. 21, award-winning screen composer Robert Carli worked with live musicians to capture the score for the latest, unreleased episode of the CBC series Murdoch Mysteries – in front of a live audience. It was a rare opportunity to experience a real scoring session for one of Canada’s top-rated series.

Scores, Songs, & Screens: Pulling Back the Curtain
Later the same day, Carli and his colleague screen composers Darren Fung, Aaron Paris, Alexandra Petkovski, and Sarah Slean discussed the various approaches and styles to composing music for the screen, and how that role now encompasses an extremely wide range of responsibilities.

How To Optimize Your Vocal Recordings
On Thursday, Sept. 22, Dr. Amandine Pras, Lecturer in Sound Recording and Music Production at the University of York, U.K., discussed acoustics, microphone placement, and manipulating audio files when recording vocals.

Indigenous Music Protocols: Developing Industry Standards, Guidelines, and Best Practices
Later that day, this event furthered a key mandate for the Indigenous Music Office: to gather and share best practices, and to develop, maintain, and serve as keeper of industry protocols, supporting artists and industry in ensuring appropriate protocols are both known and followed.

Songwriters Circle
That night, SiriusXM Canada presented a Songwriters Circle, featuring Fefe Dobson, Tyler Shaw, Tim Hicks, TOBi, and Ruby Waters, who shared their songs and the stories behind them.

NXTGen Mixer
Later that day, Music Publishers Canada invited their new NXTGen members to Song and Score Week. NXTGen is a new MPC membership level created to foster the next generation of music publishing leaders across the country, representing all intersections of industry professionals.

David Foster Master Class
That night, David Foster – one of the most successful songwriters and record producers in history – was joined by Ralph Peer at the piano, to reflect on an illustrious songwriting and producing career. 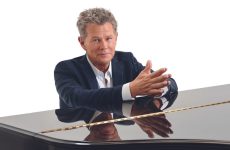 On Wednesday, Sept. 21, 2022, ADISQ unveiled the list of this year’s nominees for the annual ADISQ Awards, to be hosted once again by Louis-José Houde. The television Award presentation on ICI Radio-Canada Télé is scheduled for Sunday, Nov. 6, 2022.

Leading the list of nominations is Hubert Lenoir with 11 , followed by Lisa LeBlanc and Les Cowboys Fringants, with more than five nominations each, while 2Frères, Cœur de pirate, Jay Scøtt, Patrick Watson, Roxane Bruneau, and Salebarbes each have four to their credit.

Once again this year, SOCAN members will get a chance to make their mark in the various categories, including Songwriter or Composer of the Year, for which the nominees are:

ARTIST OF THE YEAR – INTERNATIONAL INFLUENCE

INTERNATIONAL COLLABORATION OF THE YEAR

Members of the audience will also have an opportunity to assist the Academy by voting for their favourite of the 10 songs nominated in the Song of the Year category:

SOCAN congratulates all nominees and wishes them good luck!