Loud, Hubert Lenoir, King Melrose, Patrick Norman and Jean-Olivier Bégin are all scheduled to receive at least one SOCAN Award at our upcoming SOCAN Montréal Awards Gala. As they were visiting our offices, we asked them to explain what “La Complainte du phoque en Alaska,” this year’s winner of the SOCAN Cultural Impact Award, means to them personally.

At the upcoming 2018 SOCAN Montréal Awards Gala, to be presented at Montréal’s TOHU theatre, “La Complainte du phoque en Alaska” – Michel Rivard’s hit song, first recorded by Beau Dommage – will receive the award, celebrating a song that has had a lasting impact, both at home and abroad.

The adoption of data analytics – the process of examining data to draw conclusions about the information they contain – is pervasive across almost every industry, and the music industry is no exception.

Music streaming services like Spotify, Apple Music, and Amazon have contributed to a massive growth in the consumption of music globally. All of these platforms are also huge generators of data for music labels, distributors, managers, writers, and publishers, while also creating a challenge with regards to the aggregation and management of that data. Tied to this is the fact that there’s been a shift from measuring the sale of music to measuring the consumption of music, enabling artists to better understand how to retain and increase the size of their audiences.

SOCAN has recognized the importance of strategically leveraging the power of data, and our opportunity to aggregate, validate, and ultimately visualize data. This is why SOCAN recently appointed Michael King to head up a data analytics initiative across SOCAN and its associated companies.

King is establishing the Data Governance Office, responsible for effectively advancing our data-analytics capabilities, including the management, delivery, governance, stewardship, and quality control of data.

We’ll create data-governance steering and working groups to make strategic and tactical decisions, and the Data Governance Office will work closely with our legal and IT teams, as well as other critical SOCAN departments like Membership, Licensing and Distribution. The office will initially consist of a limited team of dedicated data engineers committed to advancing business intelligence and data-analytics capabilities across SOCAN.

According to Michael King, “The future of SOCAN lies in our ability to adapt and collaborate in leveraging the power of data through the Data Governance Office. We have to continually review the way in which we work, and identify more innovative ways to provide services to members and clients globally. It’s no longer good enough to accept that we can provide services the way we’ve always provided services; we have to evolve dynamically by embracing the power of data.”

Stay tuned for future developments from the SOCAN Data Governance Office, as we continue to lead the global transformation of music rights. 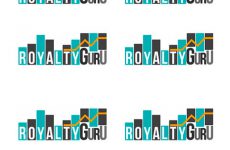 “Thirteen years already!” said Diane Juster, President of the Fondation SPACQ. “Year after year, it’s always with renewed pleasure that Fondaton SPACQ celebrates the achievements of songwriters and composers by bringing together creators, businesspeople, major broadcasters, and other stakeholders in our cultural and musical environment. The deep changes that the music industry is undergoing, on an ongoing basis, have a major impact on the lives of our songwriters and composers. It is therefore vital that we continue to defend their interests, and put a stop to the erosion of their rights. The ongoing engagement of our partners makes it possible for the Fondation SPACQ to promote and acknowledge the immense talents of our creators.”

Here is a complete list of the 2018 award winners: