It’s a treasured commodity, the ability to call your own shots, and when you consider it in the context of a recording artist in the music business, as rare as liquid plutonium.

But with its fifth album Synthetica, Toronto’s Metric have achieved the unthinkable: Singer and synthesizer player Emily Haines and guitarist and multi-instrumentalist Jimmy Shaw – the exclusive songwriters for the band – along with bass player Josh Winstead and drummer Joules Scott-Key are now determining their own destinies and answering to no one. With the exception of Haines and Shaw’s publishing deal with BMG-Chrysalis Music, Metric’s business is insular, operating their own MMI label, building their own T.O.-based Giant Studio, forming their own management firm and reaching the world through label-licensed partnerships.

Buoyed by the global success of 2009’s Fantasies – which sold nearly 500,000 copies, a million singles, earned the band two Juno Awards (for Group and Alternative Album of the Year in 2010), and helped secure their total independence –Metric’s 12 year career has yielded them a confident maturity and empowerment that’s evident in the sound throughout Synthetica.

: “We started getting into these really deep, heavily-distorted synth sounds that are really the sonic identity of the whole thing.” – Jimmy Shaw

The 11-song album boasts a synth-driven sonic canvas that includes such gems as the percolating “Artificial Intelligence,” the explosive “Youth Without Youth,” and even a boisterous duet between Haines and Lou Reed in “The Wanderlust.” It also signals a new creative dawn for the foursome, one that’s free of external pressure.

“The whole process felt more natural – more like us than ever before,” says Shaw on the line from New York. “At the end of the day, when you listen to it, it sounds the most like us. It’s just us having the time and space to explore everything we really always wanted the band to be. It’s everything we’ve tried to do all coming together in one sound.”

The changing circumstance surrounding Metric’s business also energized the band, creating some new precedents in shaping the album. For example, Metric began working on Synthetica in 2010 within 24 hours of concluding the Fantasies tour in Miami.

“We were literally in the studio the next day,” confirms Shaw, who also produces Metric (Synthetica was co-produced by Eight And A Half’s Liam O’ Neil). “We finished the tour in Miami and we just wanted to keep rolling. We were feeling really good at the end of that run, and we were feeling inspired, so we just took that energy and ran with it.”

Emily Haines, who writes the lyrics, also behaved against type.
“I normally don’t write on the road,” admits Haines, in a separate interview, also from New York. “This time, I had a lot of fragments – not songs, but very clear lyrical passages. Sort of a vision of the kinds of songs I wanted to write.

“So the process for me was actually gathering from various corners of various devices and scraps of paper, and kind of consolidating all those ideas into one massive book, which I then brought into the studio.”

For the sonic template, Shaw went on a vintage synthesizer-buying spree – ARPs, Moogs, Rolands – forming a compartment in Giant Studio that he calls “synth world.”

“The studio is in a building right behind my house, and in order to get to my car, I have to walk through it,” he explains. “Every time I left the house, I would walk through, hit ‘record,’ walk over to the synth, play something for 10 minutes, and then leave. That’s where a lot of the writing came from, for me.

“Right away, those little seeds had an energy to them that we just tried to keep throughout the making of the record. Then we started getting into these really deep, heavily-distorted synth sounds,” that are, like in the beginning of “Artificial Nocturne” and “Dreams So Real,” “really the sonic identity of the whole thing.”

Shaw says the creative process between him and Haines works different ways.
“Usually it’s a musical idea that I’ll present to her,” he says. “I’ll write a whole song – an ‘A’ section and a ‘B’ section – with bunch of instruments and drums and a beat. I’ll send it to her, and usually she’ll throw it into GarageBand and start singing over top of it.

“Then we get together and form it into a completed song. The other process is that she’ll come in with a completed song and I’ll start to ‘Metricize’ it: Speeding it up by 20 bpm [beats per minute], and then suggest things like moving a section over there…Why don’t we say that line three times in the chorus… Or instead of doing that, chop it all up.”

“Emily has a way of lyrically tricking, and I’ve tried for years to get her instead to tell me how she feels,” he says. “We’re finally at the point where she’s doing that more than we ever have in the past.” 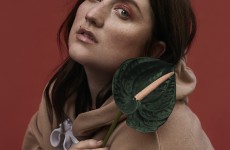 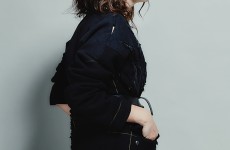 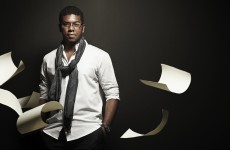