Ma Première Place des Arts allows the contestants to get personalized mentorship, and to perform during a televised event held in the Salle Claude-Léveillée of Place des Arts. They also receive comments on their work, benefit from promotional visibility, and participate in workshops alongside industry professional. Not to mention networking opportunities with established artists and other industry players, all while having a chance to win several grants and other prizes aimed to help launch their career.

For more details about the contest, and the work of SACEF, visit the Ma Première Place des Arts website. 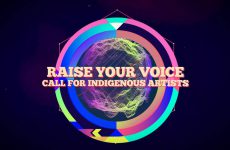 Hagler landed his first major beat placement on Drake’s third studio album Nothing Was The Same. In addition to his work with Drake, Hagler has racked up credits for work with artists such as Chris Brown, A$AP Ferg, Teyana Taylor, Ty Dolla $ign, Vince Staples, and many more.

Young beat-makers, producers, artists, and industry personnel packed the room for the panel, moderated by SOCAN A&R Representative Aidan D’Aoust. The star producer focused on his authentic approach to beat-making. He doesn’t follow rules or strategies, and instead writes using his own emotions as inspiration. Re-submitting his beats to producers, and simplifying his beat-making process, were recurring topics of discussion during the session. He broke down tracks like Drake’s “Trophies,” and demonstrated some of his techniques for the audience.

SOCAN members attending the workshop included 2019 Polaris Music Prize winner Haviah Mighty, as well as Vivian Barclay, a member of SOCAN’s Board of Directors, and General Manager of Warner Chappell Music Canada Ltd. Attending on behalf of SOCAN, in addition to Aidan D’Aoust, were Olivia Cummings, and Saba Seyedi.

There were also various other panels, booths, demonstrations, and master classes available to all attendees at IMSTA FESTA 2019. 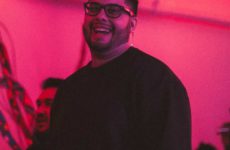 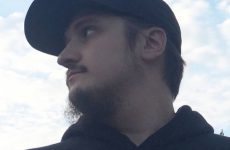 The Canadian Songwriters Hall of Fame is proud to announce that the song “Aimons-nous,” with lyrics by Yvon Deschamps and music by Jacques Perron, will be inducted into the Hall of Fame on October 15, 2019, during the inaugural ceremony of the Palestre Nationale pavilion of the Association sportive et communautaire du Centre-Sud.

“We are truly proud to induct and celebrate this legendary song that, just as its creators, transcends the ages and is as impactful today as it was nearly 50 years ago,” said Vanessa Thomas, Executive Director of the CSHF.

“Aimons-nous,” which was the counterpoint to Deschamps’s monologue “Le P’tit Jésus,” was initially released on the album Le p’tit Jésus/Le foetus/La honte (1970). This was Deschamps’ third collection of monologues, which wryly look at Québec society on a cultural, social, and political level, turning his acerbic humour on unions, racism, and intolerance. Clémence Desrochers one day gave him a wise piece of advice: “When you don’t know how to end a monologue, sing a song.” The first song he included in his live shows were “Aimons-nous” and “Dans ma cour,” and Yvon Deschamps would write nearly 60 more over the course of his career.

Jacques Perron and his band Vos Voisins accompanied Yvon Deschamps onstage from 1969 to 1973, when his shows at Théâtre Maisonneuve were increasingly frequent, and “Aimons-nous” was a crowd favourite. The song was one of the highlights of the show 1 fois 5, in 1975, when Deschamps celebrated Saint-Jean-Baptiste Day on Mount Royal alongside such luminaries as Gilles Vigneault, Claude Léveillé, Jean-Pierre Ferland, and Robert Charlebois – a historical event that was released on a double album of the same name.

One day, someone heckled Deschamps and shouted, “Stop singing, you’re a horrible singer!” To which he replied, “Can’t be that bad, since everyone’s singing along!” His songs were covered by the likes of Ginette Reno, Monique Leyrac, Nicola Ciccone, Laurence Jalbert, Dan Bigras, Isabelle Boulay, Judi Richards and her daughters Karine and Sarah-Émilie and, above all, by Diane Dufresne on her album Deschampsons (2015).

In 2017, “Aimons-nous” took on a whole new meaning in the wake of the attack on Québec City’s great mosque. Ariane Moffat, Karim Ouellet, and La Bronze – who sang part of the song in Arabic – turned Aimons-nous into a hymn to diversity, and the song reached the top of the iTunes chart in Canada. 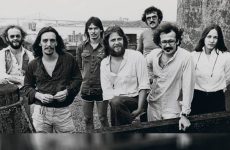