The next edition of the Gala SOCAN in Montréal will once again celebrate the essential work of music publishers by presenting its Publisher of the Year Award. Publishers are invited to submit their nominations now.

The eligibility period for the 2021 edition of the SOCAN Awards is from Jan. 1 to Dec. 31, 2020, and only the accomplishments which occurred during this period will be taken under consideration. All nominations will be assessed by a jury of music industry professionals.

To be eligible, a publisher must be based in Canada, and their repertoire be in large part Francophone, or having had a significant Francophone impact creatively and commercially. Publishers with a representative sitting on the selection committee are not eligible for this award.

Nominations for the Montréal SOCAN Gala must be submitted to Stéphanie Falco (stephanie.falco@socan.com) no later than May 7, 2021, at 5:00 p.m., ET.

The SOCAN Francophone Publisher of the Year Award will be presented during the 32nd edition of SOCAN Gala, at a date to be confirmed shortly. 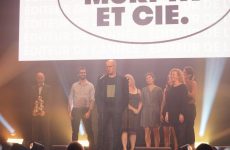 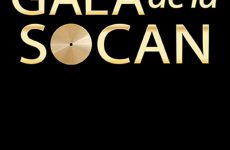 For a SOCAN member who wants to reach audiences beyond Canada’s borders, being selected for a showcase in front of international delegates, at a festival like M for Montréal, is an opportunity not to be missed. It’s not always easy to make a good first impression, however, and you have to consider several aspects so that your performance attracts foreign ears, and maximizes your chances to generate enough interest to yield invitations to perform abroad. Isabelle Ouimet, Executive Producer of M for Montréal, shares some of her precious advice. 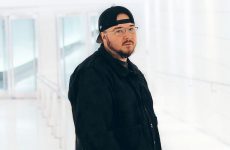 A conversation with one of Kanye West’s co-writers

SOCAN presented singer-songwriter Rose Cousins with a No. 1 Song Award, for writing “The Benefits of Being Alone,” which topped the CBC Music Top 20 on Feb. 6, 2020.

Co-written in the U.K. with Jonny Wright (in pre-COVID times), “The Benefits of Being Alone” – as performed by Cousins – takes a tongue-in-cheek look at the single life, and the kind of solitude we’ve all come to experience a little (or a lot) during pandemic lockdowns.

Since current health regulations prevent SOCAN from presenting a No. 1 Song Award plaque to Cousins in person, SOCAN A&R Representative Melissa Cameron-Passley bestowed it to her via video instead. And we took the opportunity of the occasion to add to our “Top Secrets” video series, as Cousins explains how the song was written.

Cousins’ latest album Bravado has earned her a JUNO nomination for Contemporary Roots Album of the Year. Her previous album, Natural Conclusion, received notable acclaim, including a nomination for a 2018 Grammy Award, a nomination for Songwriter of the Year Award at the 2018 JUNO Awards, and three wins at the East Coast Music Awards. Cousins also writes for film and TV, and her songs have appeared on the Grey’s Anatomy, Supergirl, Reign, and Nashville, among others. 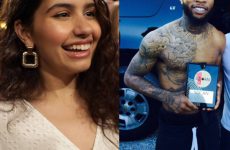 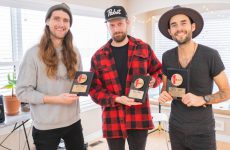