SOCAN Foundation Executive Director Charlie Wall-Andrews was elected the Vice-Chair of Music Canada’s new Advisory Council on March 21, 2019,  after the council was itself announced at the 2019 JUNO Awards Chair’s Reception, on March 15, in London, Ontario. Words & Music contributor and CBC Music  radio host Errol Nazareth also appointed to the 15-member council, which was struck to reflect the findings of a comprehensive organizational review.

The Music Canada Advisory Council members are (in alphabetical order):

“The changes announced are designed to ensure our leadership is guided by a broad spectrum of voices representing the exquisite mosaic that is our music community,” said Henderson. “I’m excited to welcome Jennifer Sloan and our new Advisory Council members to Music Canada to help us build a more robust music ecosystem. With the support of our members, Sony, Universal, and Warner, we are committed to reflecting the communities in which we live and work, and to fostering an environment in which music businesses can thrive, and artists can prosper.”

SOCAN congratulates Wall-Andrews and Nazareth, and looks forward to their contributions.

Cœur de pirate was nominated for Francophone Album of the Year category, and performed live onstage alongside rapper Loud, at the 2019 JUNO Awards gala in London, ON, on March 17. We met her on the red carpet to find out more about how she prepared for that performance, as well as her way of using social media; the evolution of her creative process since she began her career; and to ask what advice she has for artists who wish to conquer the music market of the Francophonie. 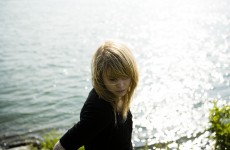