We’ve all heard the horror stories from rock ‘n’ roll’s heyday. The ones about naïve young artists, with no understanding of the music business, being taken advantage of by greedy “me-first” managers.

“I’ve always been wary of industry people whose initial pitch is laden with name-dropping and big promises,” says Mark Luongo from Kaboom, a band who recently signed a management deal with Coalition Music, whose roster includes Our Lady Peace, Finger Eleven, Simple Plan and These Kids Wear Crowns.

“Many musicians have unrealistic notions about how their careers should unfold; this makes them more inclined to get involved with someone who presents a grand plan.”

Eric Lawrence, one of Coalition Music’s co-founders, likens the artist/manager relationship to a marriage. Adds his partner, co-founder Rob Lanni, “Sometimes we’re psychologists. Sometimes we talk artists off the ledge, and sometimes we push them over the ledge… that’s all part of our role.”

A manager’s main role is to handle the day-to-day business for an artist. Susan de Cartier, owner of Starfish Entertainment, which currently manages Blue Rodeo, The Skydiggers and The Sadies, among others, offers an analogy. “Think of a manager as the hub of a wheel and the spokes as the different aspects of an artists’ career: the record label, touring, merchandise, [music] publishing, etc.,” she explains. “We help keep these spokes in balance so the wheel runs smoothly.”

When and why does an artist need a manager? Usually, when the wheel of their career is turning so fast that they reach a point where handling the business of music is interfering with them actually making music. “There comes a point for nearly every successful act,” says Luongo, “where the business of their music exceeds the scope of their understanding, connections and/or available resources.”

“I don’t start working with an artist until I see they have a firm vision.” – Jake Gold of The Management Trust

With more than 35 years in the music industry, Jake Gold understands what it takes to help artists reach new heights. Bands such as The Tragically Hip, The Watchmen and Big Wreck have all counted on Gold’s guidance to advance their careers. As President/CEO of The Management Trust, the savvy executive knows what to look for in an artist. Gold jokes that he’s not interested in “short-term greed,” but rather “long-term greed!”

As Gold knows, at the beginning of an artist’s career, they don’t need a manager; rather, they need to understand how their brand works and what their long-term vision is before there’s something to manage.

“I don’t start working with an artist until I see they have a firm vision,” Gold explains. “I’m looking for acts that have something going on, and a fan base already established that I can take to the next level using my contacts and my experience.

“I want to work with true artists who are creating art,” he adds. “My job is to take that art to the world and let them concentrate on the art.”

Scarlett Jane is the newest client on The Management Trust’s roster. The “folk noir” duo of Andrea Ramolo and Cindy Doire came together in 2011 with a long-term vision. Over the past two years the pair have developed their sound, stage show, and public image. They also released their debut, Stranger, before finding a manager. When the time came, they sought one with honesty and integrity.

“We wanted a straight shooter,” Ramolo explains. “Somebody as bold and direct as we are, with a vision that coincided with ours, and someone we could trust to make decisions on our behalf.”

How does an artist find a manager they can trust? Mostly by word of mouth.Once an artist finds a manager, while it’s not crucial to be buddy-buddy with them, Luongo says it’s mutual respect and trust that’s essential to the longevity of the relationship.

“There’s an excess of flash and dash in this business, but the people who achieve lasting success are the ones with genuine passion, substance, a work ethic and strong fundamental values,” he says. “Make certain your manager represents you as well behind the scenes as you represent yourself in the spotlight.”

Some artists balk at hiring a manager. Why pay someone else when they can do it themselves? Gold explains how the commission pay scale most managers use (most often 15 or 20 percent) usually benefits artists in the long run.

“It’s important to look at it that way. A lot of acts don’t realize that you’re building a bigger pie, and it’s okay to take a smaller piece of a bigger pie.” 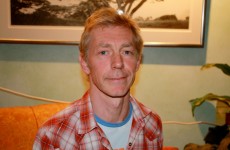 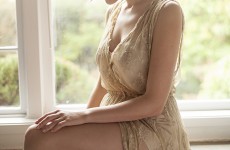 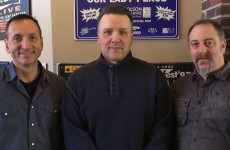 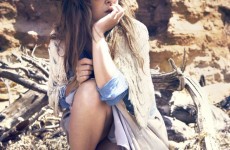