It’s the No. 1 song in Universal Music Publishing Group Canada’s catalogue of more than 200 titles. Toronto classic-rock radio station Q107 plays it every single day. These are just two facts that stunned the crowd at the SOCAN panel “Life of a Song” at this year’s Canadian Music Week. Songwriter Mars Bonfire, who penned the tune made famous by Steppenwolf and the film Easy Rider, made a rare appearance to discuss this classic with SOCAN’s Rodney Murphy in front of a packed house of hard-rock fans and fellow writers looking for advice on how to turn heavy metal into gold.

Where did in the inspiration for “Born to be Wild” come from?

I had moved from Toronto to Los Angeles with a group. They had a station wagon but I didn’t have my own transportation. Eventually, I got enough money to buy a used Ford Falcon. The delight of driving around in my own car, seeing the beach, the mountains, the deserts of Southern California, inspired the song,

I heard it was originally a folk song. Is that true?

In my mind it’s always been a hard-rock song, but I was a starving musician at the time and I made my own demo of it. I couldn’t plug my guitar in because every time I did, my neighbour would pound on the ceiling. So I had a dry Telecaster, a tape recorder borrowed from a friend and my voice, which was worse than Bob Dylan’s. I guess that’s where some people got the impression it was meant to be a folk song.

How did the song come to Steppenwolf?

The precursor to Steppenwolf was a band called The Sparrows. I had been in that band with my brother, and after breaking up, most of the members decided to get back together and that became Steppenwolf. My brother said they needed some songs, so I took some songs over to his house. He wasn’t home. I took my tape and pushed it through the door. I could hear the sound of this big Great Dane and I thought, “There’s the end of the tape.” But luckily, it survived and they happened to like it.

Can you talk about how you got your first publishing deal and what that meant to you at the time?

The style of the day was to walk down Hollywood Boulevard with a guitar strung over my back and, unannounced, go into publishers and say, “Hey, want to hear one of my songs?” I got to see many publishers and played “Born to Be Wild” and they said, “Well, if you change this or change that…” But I loved it as it was, so I said I wouldn’t change anything. And then I went into what was then Leeds Publishing, and Warren Brown, the head fellow, sensed the music business was changing and they needed to have songs in a different category other than standards and swing. I played the stuff for him live, and I could tell he just had no concept of what it was. But at least he was willing to take a chance. He signed me for $50 a week. And it was great.

How important is the role of a publisher in managing all the business that this song continues to bring in?

For me, it’s critical. Because the period in which I wrote — the psychedelic ’60s — really was psychedelic! So no matter how hard I tried, I could not manage the business. Without a world-class publisher like Universal the full potential of the song could never be reached.

How does it feel to know how successful this song still is?

I feel so incredibly lucky. I was only doing music as a hobby. It might not have worked out and I’d be back on the line at GM in Oshawa, [Ont.], where I started 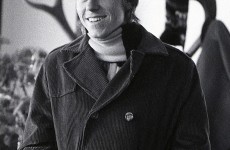 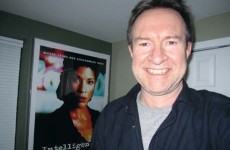 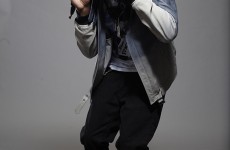 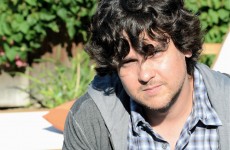