Aideen O’Brien is a smiling example of the adage, “you make your own luck.”

In April 2010, O’Brien assumed her latest gig as Director of Music Supervision and Publishing at Entertainment One in Toronto, a job that didn’t exist until eOne CEO Darren Throop created it for her.
Her new position is at least partly the result of O’Brien’s never-say-die approach. After losing her gig as Director of BMG Music Publishing Canada, following approval of the sale of the company to Universal Music in 2008, O’Brien pieced together a life as a freelancer working in music supervision and management.

“I thought that if I couldn’t create a job for myself then I didn’t deserve to work in this creative industry,” she recalls. “So I started doing what I could and I suppose in hindsight it helped that I was able to finish out my term on the CMRRA and CARAS boards.”

“eOne already has a huge publishing catalogue on the TV side, so we’re trying to activate that.”

O’Brien was friendly with fellow CARAS board member Throop: “We’d chat and I’d make suggestions for growing his business,” remembers O’Brien. “I think those chats stimulated his ideas for how to integrate the company a little better through music.”

Entertainment One was born on the music side but deftly diversified into television production and film distribution. With offices in Canada, the U.K., and the U. S., the company has become a leading independent across all media.

And now with a bona fide publisher on board, eOne is focused on pulling the musical threads of all its operations together. Says O’Brien, “The various divisions are all very good at what they do, but the film guys weren’t thinking about the record label guys and the label guys weren’t thinking about the TV guys. Music is the one thing they all have in common. Now, we’re doing deals with film production companies, for example, where we can administer their publishing as well as distributing the movie, so the different sides of the business are crossing over.”

“eOne already has a huge publishing catalogue on the TV side so we’re trying to activate that so the works can be re-used,” continues O’Brien. “I’m working on digitizing the catalogue and finding a market for it.”

In typical fashion, O’Brien isn’t slipping into complacency now that she’s got a steady gig. She’s taking business classes at the University of Toronto to keep her skills and credentials current.
Ultimately, what she loves about Entertainment One is the energy of the place. “The staff is fabulous,” she enthuses. “It’s a very creative environment. The people are highly qualified and everyone is there because they want to be there, it’s not like some places where people just show up for the paycheque.”

Shawn Hook (formerly Hlookoff) is a seriously talented guy. At 27, the former resident of Nelson, B.C. is already an accomplished songwriter, producer and musician. He has seen his songs appear on hit national TV shows, he runs his own charitable organization (called Live 2 Give), and he even held a Guinness World Record (for standing on an exercise ball for the longest time). What could be next?

“I still have the dream and the passion that I had when I first started playing music” says Hook. “It’s always been to create music and engage a global audience, just like the bands and artists I looked up to as a kid”.

He is currently working with producer Jon Levine (Philosopher Kings, Nelly Furtado, Esthero) on his first full-length album, entitled Cosmonaut And The Girl. Featuring the lead single “Every Red Light,” the album is due out in the New Year. Expect big things from Shawn Hook. 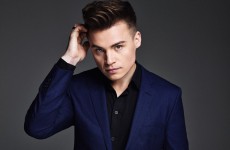 Though his biggest hits started from scratch, alone

As a child, Reema Major skipped the Sharon, Lois & Bram-Raffi-Barney phase and went straight to the hard stuff. She first heard an older cousin rapping when she was just five years old and in kindergarten she would ask the teacher to read Dr. Seuss books.

“I just liked things that rhymed,” says the artist, now signed to Kwajo Cinqo’s G7/Universal Music Canada label and Cherrytree/Interscope in the U.S.

Major, who was born in Sudan and came to North America with her mom and six siblings, would spend many hours outside watching her cousin and the neighbourhood kids freestyle rapping.
“I remember watching the cipher [freestyling in a group setting] and the whole art of rap and I got attracted to it, from the storytelling, to putting the ‘uhhnnn’ in your tone, to the competitive nature of it,” Major says.

“Kwajo was the first person who took me in under his wing and introduced me to the business aspect of becoming an artist,” Major says. “Prior to that, I was just a kid that wrote rhymes in my room.”
Her full-length mixtape, I Am Legend, which includes “Illest Kid,” “Ghetto Kids,” and the faith-based “Father,” is mainly full of bravado and teenage concerns. She’s currently working on her first official album with producers Kwajo Cinqo, The Stereotypes, Ryan Teddar, Chin Injeti, Bangladesh, DJ Toomp, Tha Bizness, Red One, Dewaun Parker and Animal.

“The album is a bigger project,” she says, explaining what makes it different from the completely professional look and feel of I Am Legend. “Mixtapes, to me, are just when I want to put out music and let my thoughts out. Even five years down in my career, by God’s grace if I’m well established and successful, I’ll still be doing mixtapes. 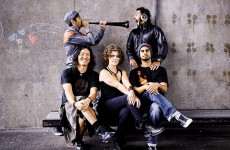 Embracing the craft of songwriting 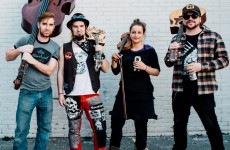 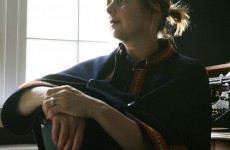