Backstage at the 2018 JUNO Awards, Jessie Reyez briefly talks about her reaction to the winning the Breakthrough Artist of the Year honour, and how she manages to sing her often raw, painful songs every night on tour.

Emerging unscathed from a severe bout of pneumonia two years ago, the 30 year-old guitrist and composer Simon Kingsbury has now followed up his first solo album, Pêcher rien (2016), after his stint with the quartet Lac Estion (“La question,” get it? – Ed.) . Kingsbury was tossing a few album titles around in his dreaming mind, before settling on the title Plaza for his new collections of nine songs.

“I didn’t feel like having to read articles about wordplay, and mean metaphors, as was the case with Pêcher rien,” he says. (The title refeto having caught no fish.) “But the simple fact is, I live right next to Plaza St-Hubert [in Montréal], which is a weird melting pot of nail salons, bridal shops, hair salons, pawn shops, Carta Magica, a store where nerds queue up to play board games, and, of course, St-Hubert, the restaurant… It’s a lot like my music, I guess. A big party mix!”

Obviously, Kingsbury’s kidding. His Plaza, co-produced with ex-Groenland guitarist Jonathan Charette, and co-written with his old partner in crime Savia Fleury, won’t make you shimmy your way to the dancefloor. Raw guitars and splenetic moods permeate each track, and the songs had a theraputic effect. Plaza tackles death, love, suicide, and abuse, and Kingsbury reminisces on his big health scare.

“Before I went to the hospital, I was working a lot and partying hard,” he says. “When they told me I was sick, I was really scared. It was the warning I needed: time to take care of myself. No more getting wasted. I’d gotten to a point where I needed to take more and more to get high… I needed to devote all my energy to my music instead to wasting it all on getting drunk. When I started writing those new songs, “Dans le corridor” was inspired by the hospital, where I ended up staying for two weeks… I have a hard time writing fiction and creating characters. I’ve tried, and trust me, it didn’t work! I let myself be guided by my emotions. Yet, I’m still young, so who knows?”

What’s the difference between the two albums? “On Pêcher rien, we’d compromised,” says Kingsbury. “The guitar riffs were more ‘hooky,’ but the background was that I needed to vent after a breakup. A therapy, if you will.” Another therapy.

The lyrics glide by on his soft, sometimes quivering voice, the guitars aren’t overdriven, the arrangements very… sober. “It’s never too dark or too sunny,” says Kingsbury. “It’s true that ‘Je t’aime pareil’ [‘I love you anyway’] is quite dark, but the melody and vocal part somewhat lighten the load. There needs to be some beauty about it! Suicide is such a taboo topic, but we do need to be understanding of that state of mind. The song is about a friend about to jump from a cliff. The other character in the song says, ‘Jump if you want, I love you anyway.’”

Being self-taught, Kingsbury willingly admits that he doesn’t know guitar chords. It’s all played by ear, and the music that emerges is an imperfect playground that he explores at will.

“I don’t want to use synths,” he says. “I prefer raw sounds. Electronic music, even in micro-doses, is not me at all. I want to create melodies and ambiance. To me, the pleasure of making music is tinkering with my guitar until I have a song, and then going out to grab a beer. That’s when I’m the happiest dude on earth. Creation is a process and that process makes me Zen. Waking up in the morning with a smile on your face because you know you’re going to spend the whole day in a studio. That alone is motivation enough to keep going.”

In Kingsbury’s artistic mind, there are clearly a million ideas bouncing around. Plaza is an intimate look at some, that might not be fully appreciated in one sitting, but are worth approaching closely. His balance between shadow and light is deftly nuanced. And there’ll be more: “I prefer releasing EPs more often rather than an album every couple of years,” he says. 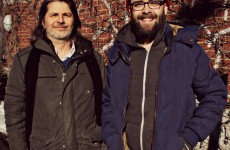 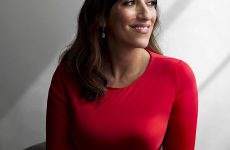 If your heartstrings are being dragged through the mud, it’s time for a break with Camaromance, a band that thrives on reviving crushed souls. Eight years after The Parade, Martine Groulx offers us Chasing Clouds, an album that allows for discarding heavier moments, lost loves and mourning. And then… “it’s gonna be alright.”

Through her discourse and her songs, Martine Groulx teaches us that things are rarely ever truly over in life. She thought the plan was to concentrate entirely on running Lazy At Work, her record label (Fuudge, Galaxie, Les Dales Hawerchuk, to name but a few),and never again record an album, but music insinuated itself into her life as a form of redemption, of healing.

“Two years ago, I was on the verge of a burnout, and I wanted to take some time for myself,” syas Groulx. “My friend Alex McMahon let me use his studio while he was away in Mexico for a month. Then I spent two months in New Zealand, and everything fell into place. I already had songs. I asked Pierre Fortin to produce the album. I just turned 40. It’s a gift I gave myself to record that album with people I love,” says the woman who, for once, afforded herself the gift of not being in charge of everything. With Pierre Fortin on production duties, and Simone Records picking up the recording, she was able to go with the flow, and receive the support she usually gives.

“I’ve truly lived through a lot of life’s challenges,” says Groulx. “When we grow older, death becomes a part of life around us, I tried, unsuccessfully, to have kids, I had to overcome a lot. Our thirties are the decade when things fall into place and certain losses have to be dealt with.” All the stories she writes end up as love songs, because “it feels good to transform difficult moments into pretty songs”, she believes. As a woman, she is convinced that the thirties are the crux of self-affirmation, a time when we make career, friendship and family choices. “We’re so busy building our career in our twenties. . . We think we know who we are, but not really, in the end,” she says.

Many people put pressure on themselves to accomplish things, and Groulx is no exception. “Every year, I write a message to the future me,” she says. “I never noticed how demanding I was of myself. It’s quite interesting to think about that, to the work we invest and where we put our energy. I’ve reduced the amount of work I give myself. I also want time to remember who I am, what I like to read, who I want to spend time with, the places I want to visit.”

Pierre Fortin co-produced the latest Galaxie album, while he was producing Camaromance, as well as David Marin, whose album is set to be released further down the road. “He was stoked to work on three very different projects at once and I was happy to work with a friend,” says Groulx. “Through it all, I was working on the launch of Galaxie’s album through Lazy At Work. Everything fell perfectly into place in the end.”

After releasing three albums between 2004 and 2010, as well as touring Canada seven times to promote her music, Groulx realized she might actually be a poorly-shod shoemaker, by not affording herself the leisure of being properly represented here. “A lot of people just found out I make music,” she says. “It’s harder to sell oneself when you know everyone. People presume that if you do a good job on a daily basis, the chances you’ll make a good album are that much more limited. People were scared to listen to what I do and have to tell me they didn’t like it.”

The only time Grouolx mulls things over is when she’s writing songs. It’s an impulse. “There’s a song called ‘Marguerite’ because it’s the baby name I would have loved to give my daughter,” she says. “The message is abstract, but I tried in vitro fertilization and it didn’t work. In the song, I sing, ‘I’m not getting any younger.’ It’s all about simplicity. It’s just emotional enough for you to understand that something happened, but you can take however much you want from it to make it yours,” she says, adding that she loves songs that are reassuring. “I write songs to tell myself that it’s going to be alright,” she says.

Active on the music scene for almost 20 years, Groulx believes Québec’s scene is extremely healthy. “The respect artists have for each other is really wholesome,” she says. “We’re not competing against each other. Musicians compete against apathy. People are less interested in culture. The true challenge is making them interested in what we do,” she says, adding that reaching out to an audience requires a lot of imagination.

Groulx is a director on the Board of Directors of The SOCAN Foundation, which has allowed her to notice even more the efforts invested in bringing members to the limelight, and also to help women in music. “I asked myself what I could do to help women,” she says. “There are strong spokespersons. I don’t have that kind of intensity. I want more women to sit on Boards of Directors. That’s how I support this cause.”

Bilingual by birth, Groulx compartmentalizes her life according to the language she speaks: she’s emotional in English and rational in French. “I get angry in English, but I could never do math in English,” she says, laughing. “Accounting is always done in French.” That is why her only French-language song, which bears her name, was actually written by Francis Faubert. “It took me 36 hours to get over it,” she remembers. “He recorded it whispering, because his daughter was asleep, and he specified, ‘It’s not you. It’s the worst day of your life.’ Nothing goes well in that song.”

And just as Faubert did, Martine whispers her songs to us, as an offering, for our own good. Once that’s done, those songs become ours, they become one with our memories. “That what the song ‘Antoine’ is about,” she says. “Accepting things aren’t always exactly as we want them, but knowing things will be alright.” 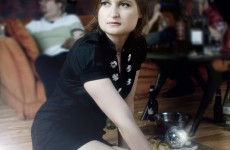 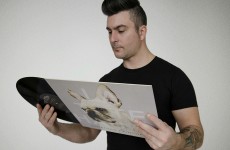