In 2012, Lindi Ortega was nominated for a JUNO Award for New Artist of the Year. Despite that tag, this country-rooted singer-songwriter is no novice. Her debut album The Taste of Forbidden Fruit came out in 2001, and Ortega has patiently honed her craft on the Toronto scene.

Career ups and downs along the way include a short-lived stint on Interscope imprint Cherrytree, prior to signing with Toronto label Last Gang. 2011’s JUNO-nominated Little Red Boots and its equally-acclaimed follow-up Cigarettes & Truckstops have announced Ortega’s arrival as a powerful vocalist and poetic songwriter, and international audiences are now embracing her original yet retro-tinged sound and vision.“I love the fact it has been a long struggle for me to get to where I am,” says Ortega. “It makes me really appreciative of things like sold-out shows at [Toronto club] The Rivoli. It took me ten years to do that. When it happened, I felt genuinely sentimental.”

Now selling out venues double that size, her profile has been boosted by appearing in, and having her music played on, the hit TV series Nashville. That’s fitting, given Ortega’s relocation there in December 2011. “Music City is just a very productive town,” she says. “It kicks your ass into gear. Returning to Toronto after a tour, I’d go ‘OK, I’m just going to sit and watch Netflix and pig out on Doritos and hang out in my pajamas.’ Here, you realize everyone around you is constantly creating.”

: “I’ve started to really concentrate on coming up with meaningful lyrics, thinking about the story you want to tell in a song.”- Lindi Ortega

Ortega is now co-writing with such Nashville songsmiths as Bruce Wallace and Matt Nolan. Her current goal is to write a song a day, and she’s aiming to release another record by year’s end.
Ortega credits Nashville with changing her outlook on songwriting. “I’m much more appreciative of the art of song now,” she says. “Early on, I’d just strum some chords and words would come out. It was haphazard, but I could create a song. There is a beauty to that, but I’ve started to really concentrate on coming up with meaningful lyrics, thinking about the story you want to tell in a song.”

Helping fuel that process is her own increased musical knowledge. “Through my exploration of country music I’ve come to love blues, and all kinds of folky and rootsy music,” she says. “It’s important for me to really learn and evolve as a songwriter, and listening to people like Townes van Zandt, old blues singers or Hank Williams can really teach me.”

Track Record
• Ortega won the Best Music Video Award at the 2012 iPhone Film Festival for her self-directed clip for “Cigarettes & Truckstops.”
• She has opened for acts as diverse as Keane, Social Distortion, and k.d. lang
• Colin Linden, who produced Cigarettes & Truckstops, is credited with boosting her love of blues. 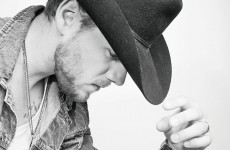 Since Kris Dirksen and his U.S.-based writing partner Dane Short teamed up in 2008, the duo – collectively known as Methodic Doubt – have composed music for a huge variety of sci-fi, action and superhero film trailers. Growing up, however, Dirksen was more likely to mess around with a four-track tape recorder than pore over the latest adventures of any costumed superhero. “I played guitar and piano and made tapes for myself,” he says, “but being a composer seemed far out of reach growing up in the Vancouver suburbs.”

Instead, Dirksen went on to study law at UBC, but soon landed a licensing gig at Battleaxe Music. While there, when opportunities to compose and produce music for advertising came up that other artists weren’t interested in, Dirksen took them on himself. He learnt the trade by staying up late into the night writing – virtually every night – for two years.

“You just trust have to trust your musical judgment as an artist, take everyone’s opinions into consideration, and hope they like it.” – Kris Dirksen

Although trailers for film, television and video games remain a large part of Methodic Doubt’s business, they’ve recently branched out, scoring full soundtracks for the HBO hit Banshee, and now their first feature film Necessary Evil: The Villains of DC Comics, a documentary for Warner Bros. and DC Comics.

Their process is highly collaborative. “For trailers, Dane or I will start something and [we’ll] send it back and forth,” Dirksen says. “Sometimes a trailer house will take something and just cut it in. Sometimes we’ll write a song from scratch.” A major contributor to their success, he adds, is a willingness to push musical boundaries, an ethic informed by influences including trip-hop, heavy guitar-based music, and contemporary composers such as Clint Mansell, John Murphy and Tyler Bates. “With trailers, there are few limitations,” says Dirksen. “They want them to sound as big as possible. For Banshee there’s more subtlety involved, more interplay with the dialogue to serve the scene and the vision of the director.”

For Banshee they’re called upon to compose up to 45 minutes of music per episode each week, which requires Dirksen to travel to L.A. more often than trailer work does. It’s hectic, but so is composing for advertisements – a process that often finds the duo responding to contradictory opinions and decidedly non-musical descriptions.
“There’s a lot of interpretation,” says Dirksen, “but you just trust have to trust your musical judgment as an artist, take everyone’s opinions into consideration, and hope they like it.”

Track Record
• Methodic Doubt’s music has been featured in advertising campaigns for Nike, Vans, Red Bull and Mastercraft.
• Their compositions have been featured in films such as The Taking of Pelham 123, Happily N’ever After, and TV shows including Road Rules and Burn Notice
• The duo were tapped for the Banshee soundtrack by Executive Producer Greg Yaitanes (Lost, House)

The Country Phenomenon, that the nickname many people have bestowed him. Far from the media’s eye, Irvin Blais invariably attracts the masses who fill arenas from Sainte-Anne-des-Monts to Wendover and from Rouyn to Caraquet. Masses who, once in the local arena, sing every single word of 100+ original songs in the artist’s repertoire. A bona fide communion.

The story begins unceremoniously. “I was about 10 years old when I found an old guitar in our house, he reminisces. My parents had played some Elvis when they were younger, but that was behind them then. My father taught me three chords and I forged on. Back then, I would listen to my mother’s LPs, stuff by Tommy Hunter, Buck Owens, Dolly Parton, Merle Haggard… I think music was the dream she wanted to pursue but had to give up to raise 8 kids.”

Based in Port-Cartier, the family moved to Bonaventure and then to more than thirty other towns in Québec, New Brunswick and Ontario, going where there was work for the head of the house, a foreman who worked in mines, forestry and construction. “I created a lot of links this way, and today I’m reaping the benefits of that, enthuses Irvin. I feel at home wherever I go.”

He started playing in bars at 17 and quickly started his first band, Nashville Québec. Brasserie Pie-IX, Chez Fernande, La Gaspésienne, the Daraîche’s Bar-Salon Rachel are all mandatory stops back then. Wanting to avoid the negative aura that shrouds francophone country music, Irvin swears only by American standards: Dwight Yoakam’s “Guitars, Cadillacs”, Merle Haggard’s “Okie From Muskogee” and “Mama Tried”, Eddie Rabbitt’s “Drivin’ My Life Away” and “I Love A Rainy Night”, Buck Owens’ “Act Naturally” and “Tiger By The Tail”… All the while, he managed a hardware store in Montréal’s Plateau Mont-Royal and took on woodworking contracts.

Came the 90s and the advent of electronic backing tracks, but the singer couldn’t resolve to using them. He then left for Sept-Îles and met Michèle C. Pinet, a country dance teacher who became his wife, accomplice and muse, “the melody in my songs”, like he says. Together, they opened Le Nashville, a bar-ballroom. Michèle teaches, Irvin plays, still only in English. That is, until the day he hears about a man named Paul Dwayne, a francophone country star from Bouctouche who he’ll meet in Saint-Tite.

It was a revelation and turning point: from that moment, Irvin started writing his own material, and in French. “Words, music, everything comes to me in one fell swoop, anytime, anywhere. A word or sentence can send my memory reeling. My songs talk about love, whether it’s happy or unhappy (“Elle”, “Juste entendre ton cœur”, “Je r’viendrai pu”) and about family too (“Une mère”), a lot actually. Family is an institution that seems to be dying, sadly. Single mothers, illness, bullying, of which I was a victim as a kid, they’re all topics that move me and connect with the audience. I’ve also written about the regions I visit when I tour. People recognize themselves in my songs and they’re proud that somebody is talking about them.”

Thus, year after year, small miracles started happening. Elle, Irvin Blais’ eighth album launched last November in collaboration with Distribution Plages and has already sold upwards of 100 000 copies. But providence gets a lot of help from the happy couple. “We run our own management agency (Les Productions MCP) and do everything ourselves, from A to Z. I produce my albums without any subsidies and we tour in our own RV. We can live from country music because we are reaping what we carefully sowed. My boss is my audience, and it ranges from youngsters – some of whom get my autograph tattooed – to elders. I practice my trade very respectfully and everything I give the audience, the audience gives me back. Every single one of my concerts – which never lasts less than three hours – is sold out. I don’t play cheesy country, I play the country people love. Country is the people’s music, regardless of whether they’re CEOs or workers. This music is what played in the households of Carey Price and Céline Dion.

These days, Irvin Blais is getting ready to tape the Christmas special of the TV show Pour l’amour du country, not long after appearing on TVA’s La Victoire de l’amour. But, above all, he keeps touring relentlessly with his partners in crime, Sébastien Dufour (musical direction and guitar), Pascal Castonguay (bass), Guy Gagné (violin) and Martin Bélisle (drums). The true flag-bearer of francophone country music, Irvin Blais is, more than ever, on a mission. 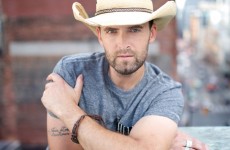