“Changing the game” and “takin’ it to the next level” are both well-worn clichés in hip-hop and R&B. Everyone in these competitive genres, it seems, feels like they’re bringing something new to the table. That’s another empty cliché. Since the ’90s, both forms of music have received some criticism for abandoning creativity and churning out the same old, same old.

Enter Toronto’s The Weeknd (a.k.a. Abel Tesfaye), one of a handful of artists who’s helping restore widespread faith and critical respect in both genres.

A prodigious talent, the 20-something artist has already done something unheard of in music: in the space of nine months last year, he released three albums, House Of Balloons, Thursday, and Echoes of Silence, and posted them online, where they could be downloaded for free, just as if they were mixtapes. House of Balloons reportedly racked up more than 200,000 downloads in the first three weeks, and Thursday caused website servers to intermittently crash – but not before a reported 180,000 downloads on the first day. Echoes of Silence also caused a server crash. And he’s hit these heights with a unique new sound unlike anything else on the scene, often with disturbing music and lyrics.

The Weeknd has also done it with almost no public appearances, not a single media interview, and no record label of any kind. He’s played exactly four live performances: two in Toronto, and one each in Guelph, Ont., and London, Ont. Although he is part of the Toronto-based production / management / musical / business collective known as OVO XO – the home of Drake – his meteoric rise has really been fuelled by his music.

That, and a perfect storm of events. Following the release of House of Balloons, The Weeknd received a well-timed tweet by his OVO XO colleague Drake. Then he was name-checked by Jay-Z and Adele, and the mainstream started to take notice. The Weeknd landed on the coveted Polaris Prize shortlist for 2011 – a first for a free download. (Though he declined to perform at the Polaris gala.) He received raves fThis,” was used in HBO’s ad campaign for Entourage. He’s since done remixes by request for Florence and the Machine and Lady Gaga, and guest vocals on Drake’s Take Care. The Weeknd will play a prime slot at the prestigious indie music festival Coachella in April, his first official U.S. appearance, alongside the likes of Radiohead, The Black Keys and Dr. Dre.

The New York Times even dispatched a reporter to cover The Weeknd’s concert in Guelph last October. “He sang outrageously well, over woozy, narcotized rock by his stellar band,” Jon Caramanica raved in his review. “On record his voice can be otherworldly, but he delivered it here with force… ‘The Birds Part One’ and ‘The Birds Part Two’ were gut punches, the Weeknd at his most bruising.”

The acclaim is rooted in the singular quality of The Weeknd’s words and music. Darkly sensual and cinematic, The Weeknd’s sound is one of the most hypnotic you’ll hear these days. His plaintive falsetto perfectly complements the lush, spacey atmospherics of his songs, featuring moody synth washes, crisp beats and eclectic samples. His frail voice is the perfect vehicle for self-examining lyrics that hint at what a vulnerable young man he might be. He’s certainly capable of writing introspective, confessional and self-pitying songs.

But, as with hip-hop/R&B artists Tyler the Creator and Frank Ocean, of the U.S.-based Odd Futures collective, his work can also be intense and unsettling. The imagery is often debauched, nihilistic, narcotic, and darkly sexual. In the song “Initiation,” he uses drink and drugs to coerce an unwilling woman into group sex. Then there’s the lyrics to “Outside”: “Make yourself at home / Because baby when I’m finished with you / You won’t want to go outside.”

His twitter tweets speak for themselves. “I tapped into the darkest and the most shaded part of my mind for your entertainment,” he tweeted last Nov. 4. A few days earlier, he sent this out: “By simply surrounding yourself with ugliness, darkness and evil can you really understand and appreciate real beauty.” And there’s also this: “But my lung’s so muddy, i love the way it tastes… drink it til i’m ugly baby fuck me when i’m faded.”

There’s a lyric on record that captures The Weeknd’s essence and the idea that he’s the sort of game-changing jolt that hip-hop and R&B need: “I’m going to give you what you feign / I’m the drug in your veins / Just fight through your pain / He’s what you want / I’m what you need.”
But how long he can continue to inhabit the persona he’s created remains to be seen. 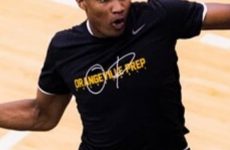 It’s Anyone’s Game, in rap and in basketball

In Flames was an iconic heavy metal band from the ’90s. It’s also the title of Haralabos (Harry) Stafylakis’ second string quartet, which premiered in New York in May. There are no death metal growls in the quartet, but the title is hardly a coincidence. Stafylakis composed, played guitar and sang for years in a metal band – progressive metal, to be sure, and unabashedly informed by classical and jazz practice, but, yes, there was some screaming.

Stafylakis’ band days are behind him, but metal’s power chords, dense textures, guitar-riff basslines and complex rhythms are not. In fact, the intersection of heavy metal and classical music is the focus of the Ph.D Stafylakis is pursuing at the City University of New York (CUNY), where he studies with David Del Tredici.

“Contemporary metal bands Symphony X and Opeth are as integral to my sound world as Beethoven and Stravinsky,” says Stafylakis, who received his B.A. in composition from McGill University in 2010. “I’m not in line with the prevailing zeitgeist that art music should be as difficult and innovative as possible. If higher music is to survive – and if I’m going to enjoy myself – it needs to be more inclusive.”

“If higher music is to survive it needs to be more inclusive.”

Not that metal is always obvious in his music, although it is sometimes explicit, as in the saxophone quartet, Sharp End, or in Critical Density, which won a SOCAN Foundation Award for Young Composers. Stafylakis considers Critical Density – essentially a guitar concerto with string quartet accompaniment – his “masterpiece” to date.

But not surprisingly for someone who composes by singing, Stafylakis is increasingly drawn to writing for voice. Ubi Sunt, for women’s choir, harp, vibraphone and strings also won a SOCAN Foundation Young Composers Award, and recent projects include The Metal and the Flower for tenor, accordion and piano, set to poetry by P.K. Page; and The Esther Diaries, for soprano and chamber ensemble (based on the Biblical story of Esther, with a libretto by Ellen Frankel), which premieres in New York in December.

Stafylakis likes his music to sound big. “I come from the Romantic tradition – as does progressive metal in general – so I tend towards lushness, even if my actual language is not Romantic,” he says. Consecutive chords don’t progress diatonically, and Stafylakis avoids “the cheesiness of the pure major scale,” preferring to cycle quickly through different modes to exploit their characteristic qualities.

But he loves triads, seeing “no reason to dismiss them simply because other people have used them for thousands of years.” Charles Ives, who once stood up just as categorically for dissonance, might have admired Stafylakis’ attitude. That’s apt, inasmuch as the American Academy of Arts and Letters recently awarded Stafylakis a prestigious $15,000 Charles Ives Fellowship.

Ives, of course, quoted prodigiously, and Stafylakis’ music has moments that seem oddly familiar. But there are no postmodernist (or modernist) quotations here. “I don’t do irony and humour,” says Stafylakis, categorical again. “My main reason for composing is to create more of the kind of music that I like.” 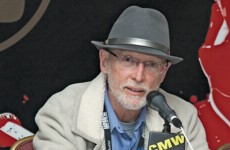 Freedom and the open road

“Born To Be Wild,” written by songwriter Mars Bonfire (the pseudonym for Dennis Edmonton) and the signature song for Steppenwolf, is one of those rare musical works that has taken on a cultural significance that has actually exceeded its initial — and huge — chart success.   “As we speak, some cab driver in Bangkok … 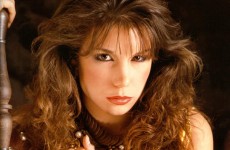 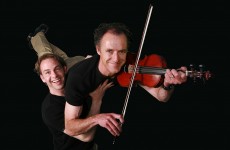 Steve Thomson has done it all – musician, manager, promoter, producer, music publisher – in a career that stretches back to the 1970s. While still in high school, Thomson and his band, Fat Chance, landed a slot on the 1970 Strawberry Fields Festival at Mosport Park Raceway sandwiched between Sly and the Family Stone and Ten Years After. Not bad for a kid who was too young to drink legally.

Thomson played guitar in Fat Chance, but he also booked and managed the band. He was so good at it that pretty soon he was managing a stable of young acts, booking them across Ontario and beyond. When labels came calling, Thomson made the difficult decision to step off the stage and into a full-time role as a manager. He eventually got himself a distribution deal with Quality Records, which released some of his 25 acts.

Then, as now, Thomson was a promoter, a guy who knew how to create excitement and interest, and how to get songs played. Those innate talents certainly came in handy as Thomson segued into music publishing. “Today,” he says, “if you’re not a promoter, you may as well not be a publisher, because you’ve got to promote your catalogue.”

“Today, if you’re not a promoter, you may as well not be a publisher.”

Thomson is the sole owner of Backstage Music Publishing, which is a division of his main company, Trilogy Entertainment Group. Trilogy Records International and Star Satellite Music Publishing are also divisions within the group. Backstage sub-publishes a number of international catalogues, including Music & Media International, based in Los Angeles, as well as works controlled by independent French publisher Jean Davoust.

Thomson does a lot of business in France – he’s been attending the MIDEM music conference in Cannes since 1981 – and the relationships he’s forged there continue to nourish his business. Last year, he showcased one of his newer acts, Organic Funk, at Euro Disney. The show was videotaped and turned into a TV special that Thomson is now shopping to broadcasters around the world. If he can sell the show, he’ll reap significant performance royalties, and that’s a strategy he’s been using for years to keep his copyrights working.

Thomson managed Ronnie Hawkins for two decades, and in 1995 he staged a 60th birthday concert for “the Hawk” at Toronto’s Massey Hall, featuring guests Jerry Lee Lewis, Carl Perkins, The Band and Jeff Healey. Backstage produced a DVD of the show, packaged alongside a documentary called At the Crossroads of Rock ‘n’ Roll, which used additional Backstage copyrights.

Music publishers have to be creative and aggressive when it comes to promoting their catalogues, and Steve Thomson is both those things. He’s also a heck of a nice guy, and that’s another reason he’s still doing deals after all these years. 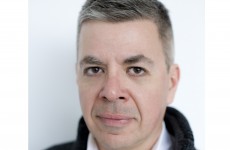