If you’re a SOCAN member, a Canadian citizen, file taxes in Canada, and spend more than six months per year in Canada, you’re eligible for Canadian programs and resources, including SOCAN emergency royalty advances.

But if you’re a U.S. permanent resident and file taxes there, you may find the Music Covid Relief online resource hub valuable in finding support.

Some of the key resources found there are those provided by:

No matter where SOCAN members live, work, and officially reside when they create music, or what the situation might be in the world, SOCAN continues to ensure that they’ll be fairly compensated for its use. 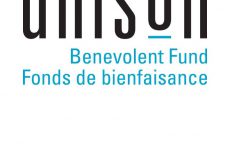 Songwriters from across the province are encouraged to send in their applications for the Folk Music Ontario 2020 Songs From The Heart Awards!

The awards celebrate songwriters in seven categories, and recognizes winners with a $100 FMO credit that can be used to cover membership fees, award application fees, conference registrations, and advertising with FMO.

Apply now in one of seven categories:

Applications are open until April 30, and you can apply here.

SOCAN has announced the resignation of Eric Baptiste as the company’s chief executive officer, effective immediately.

Jennifer Brown, Senior Vice President Operation & Reproduction Rights, has been appointed to the role of Interim CEO during the formal process of identifying a permanent CEO.

“We thank Eric Baptiste for his leadership over the past 10 years,” said Marc Ouellette, President & Chair of SOCAN’s Board of Directors. “During this time, SOCAN has seen growth and has maintained its presence as a leader in serving music creators and publishers in Canada and around the world.”

With the end of the current CEO contract approaching, Eric thought it was time to move on and a mutual decision was reached with the Board to end his tenure now.

Jennifer Brown has been on SOCAN’s executive team for nearly 10 years. She was previously Vice President of the company’s Licensing department and has worked with the company for more than two decades.

SOCAN will continue to serve its members as a not-for-profit organization, as well as its initiatives in rights management, licensing, advocacy, and support for the music and entertainment industry.

The decision is purely coincidental to the current COVID-19 crisis, and the Board of Directors has full faith in SOCAN’s executive management team. The organization continues to operate at full capacity.