The Canadian Songwriters Hall of Fame (CSHF) is pleased to announce the song inductions of “It’s Raining Men” and “La maudite machine” – the former  an iconic 1979 dance track that defined the disco era, the latter a 1973 social comment protest that resonated strongly in Québec.

The CSHF will celebrate the song induction of “It’s Raining Men” with a virtual presentation to co-writer and Canadian icon Paul Shaffer, during Global-TV’s The Morning Show, airing Thursday, Feb. 25, 2021 – that will include a performance by Shaffer, in honour of his late co-writer on the song, Paul Jabara. Similarly, “La maudite machine” will be inducted on Saturday, Mar. 6, 2021, during the show Belle et Bum on Télé-Québec, in the presence of songwriter Pierre Flynn, and members of the group Octobre, who recorded it.

The zany concept of a deluge of men became a huge hit in the gay community (despite being written from a woman’s point of view, and sung by The Weather Girls. “We’re thrilled to recognize ‘It’s Raining Men’ and its deserving place in Canadian history.  Few songs can share the distinction of reaching No. 1 on three or more occasions, and join the rare company of ‘Bohemian Rhapsody’ and Leonard Cohen’s ‘Hallelujah,’ which was itself inducted to the Canadian Songwriters Hall of Fame in 2006,” said Vanessa Thomas, CSHF Executive Director.

Paul Jabara’s musicality made him a go-to disco songwriter and hit-maker of the ‘70s and ‘80s.  His song “Last Dance” earned a Grammy Award, an Academy Award for Best Song, and a Golden Globe.  Jabara conceived the idea for “It’s Raining Men” in 1979 for disco queen Donna Summer, for whom he’d written “Last Dance” and the equally chart-topping “No More Tears.”  He called upon four-time Emmy nominee and Grammy-winning keyboardist Paul Shaffer, who’d done some arranging for him, and invited him to compose the music. Summer turned down the song, so Jabara recorded it as an instrumental, and found Martha Wash and Izora Armstead, of the vocal duo Two Tons O’ Fun, who’d already had some disco hits. The song was released in 1982 and was an instant dance hit, reaching No. 1 on Billboard’s Dance Club Songs chart.  It was nominated for a Grammy for Best R&B Performance by a Duo, and it peaked at No. 2 in the U.K.

The song achieved its second Billboard Dance No. 1 hit when Martha Wash re-recorded “It’s Raining Men: The Sequel” with drag queen RuPaul in 1997.  In 2001, former Spice Girl Geri Halliwell released a cover, which hit No. 1 in the U.K., France, Italy, Ireland, and elsewhere.

“La maudite machine” was written by Pierre Flynn, and performed by the band Octobre. “It’s with great pride that we induct and celebrate this emblematic and immortal song that has marked an entire generation of Québecers,” said Vanessa Thomas, Executive Director of the CSHF.

Written by Flynn while he was studying literature at CEGEP St. Laurent in the fall of 1971, “La maudite machine” was first presented to his bassist friend Mario Légaré, then finalized at the beginning of 1972, before being recorded the same year. Octobre’s debut album was released in 1973 and the album entered the charts on September 22nd and stayed there for six weeks, reaching the thirteenth position. Octobre – Flynn (keyboards), Mario Légaré (bass), Jean Dorais (guitar) and Pierre Hébert (drums) – included the song on its eponymous debut album.

The social backdrop for the creation of “La maudite machine” was tense: a strike at the Front commun des syndicats, not to mention the political climate at the time. A whole generation was called to arms. “I was 16, 17 years old and I was starting to come out of my shell and realize that people’s lives weren’t always rosy, that injustice and exploitation existed,” says Flynn. “Later on, I felt like a bit of an impostor for writing this. Did I even have any right to do so, having never known any kind of hardship? Then I understood, in the general racket of the boat being rocked, that we heard then, that I was merely the antenna of a song that had to be written anyway… The song barely played on the radio, maybe because it was too revolutionary, but we did immediately feel its impact around us, especially when we played it live. ‘La maudite machine’ became the peak of the show, the song everyone was waiting for. It’s undeniable that it became emblematic.”

Flynn has since written for other artists, including Pauline Julien, Diane Dufresne, Louise Forestier, and Renée Martel, and he’s also written original scores for film, dance, and theatre. His latest album, Sur la Terre, was released in 2015.

Both “It’s Raining Men” and “La maudite machine”  will be added to the Canadian Songwriters Hall of Fame’s permanent and interactive exhibition at the National Music Centre in Calgary, that features a celebrated catalogue of inducted songs that fans can listen to, as well as displays, exclusive artifacts, and one-of-a-kind memorabilia celebrating Canada’s greatest songwriters and songs. 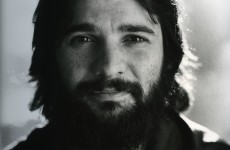 Stories of the songs from the man and his collaborators 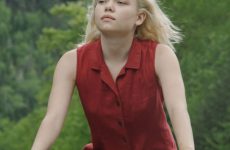 Men I Trust: Obeying the Silence

From Québec City to Egypt, the band has fans worldwide

A radio station’s criteria to choose which songs to play can sometimes seem vague. What are the ingredients required for a song to be selected for airplay? What does it need, and what should it avoid? Martin Véronneau, a radio tracker for Local9, tells us about the right ingredients. 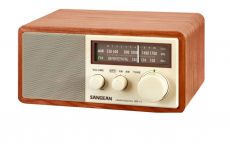 Colin Linden won the SOCAN-sponsored Songwriter of the Year honours at the 24th annual Maple Blues Awards, presented virtually this year by the Toronto Blues Society, on a once-weekly basis throughout the month of February 2021, from four different locations in Canada: Montréal, Ottawa, Vancouver, and Toronto.

For the second year in a row, Matt Anderson took home awards for both Acoustic Act and Male Vocalist of the Year, while Dawn Tyler Watson – a double winner last year – earned the Entertainer of the Year honour. The Blues With A Feeling Award for lifetime achievement was a tie, going to both Ken Whiteley of Toronto and Joe Murphy of Halifax.