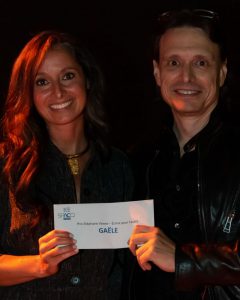 For its 16th edition, the SPACQ Foundation (Société professionnelle des auteurs et des compositeurs du Québec) unveiled the winners of its annual awards ceremony on Sept. 27, 2021, at the Imperial Theatre in Montréal. In total,16 prizes of $10,000 each were awarded to singers, songwriters, and composers on the Québec cultural scene. Louise Forestier hosted the event for a thirteenth year.

SOCAN, represented by its President of the Board of Directors Marc Ouellette, and Chief Membership Officer Jean-Christian Céré, presented Gaële with the Stéphane Venne Award for a non-performing songwriter. She receives this award for her body of work, well established over the years, thanks to her knack for the right word, a clever rhyme, and highly evocative images.

“Sixteen years already!” said Diane Juster, President of Fondation SPACQ. “Year after year, it’s always with renewed pleasure that Fondation SPACQ celebrates the accomplishments of authors and composers while gathering not only those creators, but businesspeople, broadcasters, and other major players in our musical ecosystem. The major changes in our industry are getting deeper and deeper, and have a major impact on the state of music creators. It is vital that we keep defending their interests, and stop the erosion of their rights. Thanks to the continued commitment of our partners, Fondation SPACQ is able to shine a light on, and recognize, the tremendous talent of our creators.”

PRIX STÉPHANE VENNE – Presented by SOCAN
Writing for Others
GAËLE 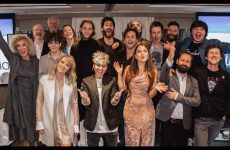 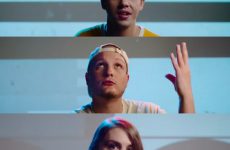 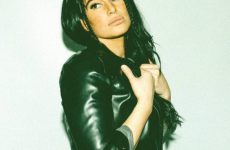 SOCAN member Cadence Weapon won the 2021 edition of the $50,000 Polaris Prize for the best album in Canada, on Sept. 27, 2021, in an online version of the event, broadcast online from a rented loft in downtown Toronto. 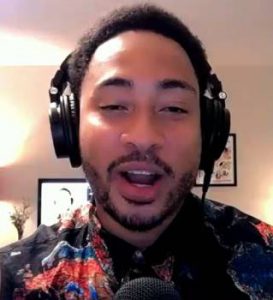 It was the veteran rapper’s third time on the short list, after Breaking Kayfabe in 2006 and Hope in Dirt City in 2012. His winning 2020 album – on which the 11-person Polaris Grand Jury agreed – is Parallel World, a work of strong social comment set to electronic beats and sounds, created in an urgent burst of activity in the wake of the racial reckoning touched off by the death of George Floyd.

“I was listening to Sly’s There’s a Riot Goin’ On, Public Enemy’s It Takes a Nation of Millions to Hold Us Back, The Clash’s Combat Rock, Gil Scott-Heron’s Winter in America, all kinds of political albums,” he said in an online press conference after his win, and added that he was trying to update that kind of content with the with the trap, grime, drill, and futuristic rap sounds that he makes.

Cadence Weapon (born Rollie Pemberton) accepted the award virtually, from last year’s winner, Backxwash. At the press conference, he seemed truly surprised and pleased, saying, “I feel like I’m dreaming.”  After a brief congratulatory call from his sister in New York at the beginning of his appearance, he said, “It was really emotional for me. To get to this point it was a lot of hard work… This is a really important thing.”

He also shouted out Edmonton, where he was born and raised; Montréal, where he lived and worked for many years; and his current hometown of Toronto.

Asked how he would spend the prize money, Cadence Weapon said he was going to start, or complete, a GoFundMe to support Black Business grants the Little Jamaica community in Toronto. “It was like, ‘How can I use my platform for positivity?’” he said.

While Cadence Weapon received $50,000 for the win, the nine other short list nominees each received $3,000, courtesy of Slaight Music. The 2021 Polaris short list was:

SOCAN congratulates all of the nominees, and winner Cadence Weapon, on their great achievements! 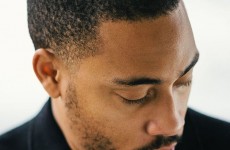 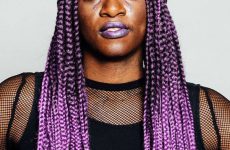 For the album, God Has Nothing To Do With This Leave Him Out Of It