SOCAN will present its first-ever “Cookin’ Songs” event at the 2022 online edition of the BreakOut West conference. Based on our ever-popular “Cookin’ Beats” events at various music conferences, “Cookin’ Songs” will break down songs, revealing how great ones come about, how they’re iterated, and how they change between the writing room, the studio, and the airwaves. Attendees can discover how writing and collaborating with other writers, and writing for other projects, can help enrich their own songwriting. “Cookin’ Songs” will feature Houtan Hodania, Creative Executive, SOCAN; Ryan Worsley, producer/songwriter/mixer, echoplant sound; Stefanie Johnson, artist and songwriter of the band Mise en Scene; and Rebecka Svarare Digervall, of the band The Magnettes, from Sweden. It’s scheduled for Thursday, Feb 3, 2022, from 2:30 to 3:30 p.m. CST.

As well, SOCAN Foundation will present a pop-up installment of its Equity X Production Mentorship Program, which was developed in response to research conducted by the Annenberg Inclusion Initiative, which found that women made up only 2.1% of producers on the top 100 hundred Billboard songs from 2012 to 2018. That report also validated that female producers are under-represented 47 to 1 by male producers. Join the Foundation’s three days of production workshops for beginners, covering topics including workflow, MIDI, audio, mixing, and rendering. The workshops are slated for Thursday, Feb 3; Friday, Feb. 4; and Saturday, Feb. 5, 2022, from 11:00 a.m. to 12:30 p.m. CST each day.

For a full schedule of  BreakOut West events, click here; to register, click here. We hope to see you there! 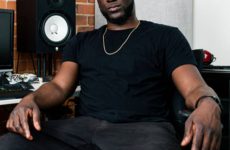 We’re also in sessions on publishing, royalties, and ways to make money

Young Canadian artists, music creators, and music entrepreneurs are invited to apply now for the RBC Launchpad Music Entrepreneurship program, which is dedicated to supporting and empowering them. The objective of the program is to strengthen participants through an educational and networking platform that equips them with the kind of entrepreneurial tools required to establish and accelerate a thriving music project or initiative.

The program will include:

To be eligible to apply for the RBC Launchpad Music Entrepreneurship program, applicants must be:

The selection criteria are:

Through the program, participants will gain:

To apply for the RBC Launchpad Music Entrepreneurship program, please click here to complete and submit application by the deadline of Friday, Feb. 4, 2022, at 11:59 p.m. ET. 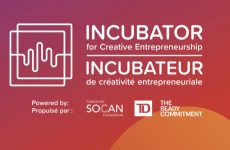 SOCAN is lamenting the loss of SOCAN member and singer-songwriter R. Dean Taylor, who passed away Jan. 7, 2022, at his longtime home in Los Angeles, at the age of 82. He had reportedly been hospitalized with COVID-19 a year ago, but returned home after two weeks, and stayed there ever since, under hospice care.

Taylor is best known for co-writing The Supremes’ 1968 No. 1 song “Love Child” – which was inducted into the Canadian Songwriters Hall of Fame in 2008 – and writing and performing his own international 1970 classic smash hit “Indiana Wants Me,” which made him first white artist in the history of Motown Records to reach No. 1 in the U.S. As a staff writer at Motown, he also co-wrote “I’m Living In Shame” by The Supremes, “All I Need” by The Temptations, “I’ll Turn To Stone” by The Four Tops, and “Just Look What You’ve Done” by Brenda Holloway.

Born and raised in Toronto, Richard Dean Taylor first started singing at the age of 12, performing at various open-air Country & Western shows in the area. In 1960, his first record, “At the High School Dance,” earned airplay on Toronto’s CHUM radio, and across Canada.  He appeared on a CBC dance party TV show, started playing local clubs, and briefly toured in the U.S. A trip to New York City in 1962 resulted in four songs, distributed on the AMY- MALA label.

In 1963, a friend from Detroit called and said he could arrange an audition with a then-up-and-coming record company, Motown Records. Taylor met with Brian Holland and Lamont Dozier – of Motown’s top producing team, Holland-Dozier-Holland – who liked his material and got him signed as a staff songwriter and artist for the label. Taylor and Eddie Holland would sit for hours together, tossing song  ideas back and forth, and coming up with the lyrics for many of the Holland-Dozier-Holland hits.

“Eddie was a fantastic writer, and I really learned a lot from working with him,” said Taylor on his website.  “I wanted to learn everything I could about producing, and started playing tambourine on the Holland-Dozier-Holland sessions.  I played on most of their records, like ‘Standing In the Shadows of Love,’ ‘Reach Out I’ll Be There,’ and many more… Watching Holland-Dozier-Holland produce, and playing with those great musicians now referred to as The Funk Brothers, was more than I could have ever hoped for.”

In 1965, Taylor recorded his own subtle anti-war song, “Let’s Go Somewhere,” and in 1966, “There’s A Ghost In My House.” Motown was more focused on promoting its established acts, so there was little action for the singles in the U.S. But in 1970 in England, a club DJ started playing  “There’s A Ghost In My House,” other dance clubs followed, Motown U.K. released it as a single, and it hit the top of the charts in England and throughout Europe. “Gotta See Jane,” written in 1967, became another English hit.

In 1970, Taylor recorded “Indiana Wants Me,” which he always felt would be a hit record.  Two radio stations broke the record in the U.S., and this time Motown supported Taylor on a promotional tour to radio stations and TV appearances in Michigan, creating a regional hit, which then went national, and then global. “Indiana Wants Me” became a million-selling song,  and climbed to No. 1 on the U.S. charts, making R. Dean Taylor the first white artist in the history of Motown to do so. The song was featured in the opening moments of the 1980 movie, The Ninth Configuration, and is known and loved around the world.

“Gotta See Jane” was re-issued in 1971, and became a Top 10 hit in Canada. Taylor established his own record company, Jane Records, in 1973, but continued working as a writer/producer at Motown until 1976. He attempted a comeback during the early 1980s, after which he went on a hiatus from the music industry. He later built a recording studio at his home in Los Angeles, and worked on an as-yet-unpublished memoir of his time at Motown. His songs continue to receive worldwide airplay, and have been covered by several artists.

SOCAN extends its condolences to Taylor’s wife of 52 years, Janee, as well as his extended family, friends, and fans of his songs throughout the world. 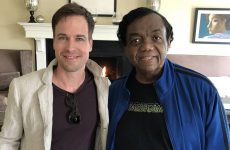 Luke McMaster, Arun Chaturvedi, and the Icons of Soul 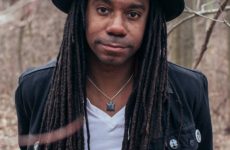 Julian Taylor, on his breakthrough album The Ridge

An outsider looks back, with a sonic departure 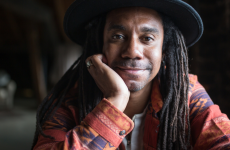 Julian Taylor presents Beyond the Reservoir

New album taps into heartbreaks, salvations of his adolescence – and now