“Everything that’s bad for the world is good for rock’n’roll,” a wise man once said. He might well have added that everything that’s bad for the world – Trump, the extreme right’s attempt to establish credibility, the designation of false collective enemies – is, paradoxically, good for GrimSkunk… and their fans. The rage that acts as the engine for Unreason in the Age of Madness, a ninth album for the Godfathers of Québec’s alternative rock scene, is fuelled by the countless hotspots of a planet under the reign of a powerful elite that can only conquer by dividing.

Protestors are anarchists / Dissenters are terrorists / You have no right / No right to resist, the band screams on “Let’s Start a War,” a fake call-to-arms that imitates – to better satirize it – an attempt to reduce the desire to protest in the streets to a temper tantrum. All those intellectual shortcuts now sadly to anyone who’s even glanced at the comments under Facebook posts by any major broadcaster or tabloid newspaper.

“Sadly, there’s more and more people that gobble up the complete bullshit that the right feeds them since Reagan, who said the fortune of the rich would benefit everyone,” says singer/guitarist Franz Schuller, not exactly reticent to serve up a copious slice of vitriolic opinion.

“The fact is, a lot of people in certain media have a vested interest in the one percent remaining in place, and their job is to pretend lies are truth, divide the working class, the uneducated, the poor, by telling them their real enemies are intellectual elites and Hollywood stars.”

Recorded in Gibson, B.C., with Garth Richardson (who produced Rage Against the Machine’s first album), the follow-up to 2012’s Set Fire! still tries to imagine a planet where all borders are abolished, and there are no limits between musical genres. From reggae on “Same Mistake” to the very Pink Floyd-ian vibe of “Starlight,” or the rompin’, stompin’ punk energy of “Gimme Revolution,” GrimSkunk remains true to its legendary, chameleon-like versatility.

“More than ever, the goal of this band is to make people think,” says Schuller, on behalf of his bandmates – keyboardist and singer Joe Evil, bassist Vincent Peake, drummer Ben Shatskoff, and guitarist Peter Edwards. Edwards, on “Hanging Out in the Rain” and “Computeur Screen,” plays guitar solos that reveal the band’s never-quite-abandoned love for prog-rock.

“Some people think we’re preachy, but we don’t tell people what to do or not to do,” says Schuller. “It’s fine if you don’t agree with our ideas. We’re just trying to shine a light on some that are different than those used to brainwash people and make them conform, like sheep in a herd. We want to expose them to different ideas, ideas that might make them want to make civil and political decisions that are different.”

One thing is clear: the band, about to celebrate its 30th Anniversary in November, is still a long way from creating a proverbial folk album for homebody past-punks.

“Of course not, because we still have the same values as when we were young and we don’t feel like turning our backs on the oppressed who need our support,” says Schuller. He decries, on “Same Mistake,” the “redneck revival” of La Meute and other identity-based groups, 20 years after attacking blind nationalism on “Lâchez vos drapeaux,” from the band’s mythical album Fieldtrip.

In other words, how can one stop being angry when the reasons for anger have remained the same? “It’s not because you grow old or more comfortable that you should stop caring about others, especially when so many of them are exploited, persecuted, killed and despised,” says Schuller. “We have a human responsibility towards the other living beings on this planet.”

“Fuck the NRA” GrimSkunk yells on “The Right to Bear Harm,” its raging anti-weapons protest song. “I believe that when you feel angry about something, it’s necessary to express it in the most natural and authentic way possible,” says Schuller. “The basic tenet of punk is that saying things softly has a limited impact. Saying things loudly allows for debate and questioning. Take the kids who manifested against the NRA after the Parkland massacre. We called them pathetic, juvenile, but they shook things up. Anger can be a good motivation, if it’s directed towards a positive outcome.”

But punk’s anger also allows, quite simply and thankfully, to get the things that make your blood boil, in this increasingly injustice-filled world, out of your system. “People thrash during a GrimSkunk show, they throw themselves every which way, and walk out of there covered in bruises because they’ve fallen to the floor, but they also walk out of there with a smile on their faces the size of the sun,” says Schuller. “They’ve been liberated of their frustrations.” At least until the next morning’s headlines. 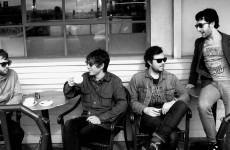 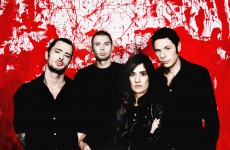 Ezra Jordan, one of the contending artists on the debut season of CTV’s hit music-competition program The Launch, treated our Toronto staff to a SOCAN Session on April 17, 2018, in the Harmony Lounge.

Playing keyboards, alongside his backing band of bass, guitar, and drums, Jordan performed his original songs for a half-hour, then answered a few questions from the crowd. Offering his own unique, catchy combination of R&B, soul, funk, and pop – and alternating vocally between his compelling baritone and striking falsetto – Jordan played six songs, including the singles “Only Got Eyes for Her” and “Lonely Now.”

Answering questions, he talked about how participating in The Launch was “a crazy whirlwind” full of non-stop activity, allowing for perhaps four hours of sleep each night. Jordan discussed how he gets many of his song ideas while driving, and tends to get started on songs with either a few lines, or a full-blown concept, on which he then works. Asked what more SOCAN can do for him, he jokingly answered, “Add a few zeros on my cheques!”

Since appearing on The Launch, where the 23-year-old impressed celebrity judges Fergie and Stephan Moccio, Jordan has seen his songs collectively earn more than 600,000 streams. While his success on the TV show has been an undoubtable career boost, Jordan — the son of SOCAN member singer-songwriters Amy Sky and Marc Jordan – has been performing since the age of four.

At age of 18, he suffered a life-threatening leg injury. Forced to put a hold on his piano training during the recovery process, he turned to singing and songwriting as an outlet. Back on his feet, Jordan joined JUNO Award-nominated artist Scott Helman as his keyboard player and backup singer. He then moved to L.A. to attend the Musician’s Institute, where he focused on his solo career.

SOCAN thanks Jordan Ezra for entertaining our staff, and wishes him continued success. 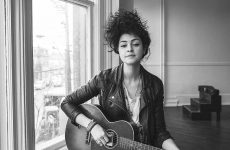 Hill Kourkoutis: From The Launch to her own orbit

The Weeknd earned three honours at the 35th annual ASCAP Pop Music Awards, held April 23, 2018, at The Beverly Hilton Hotel in Los Angeles. He was recognized for co-writing his own “Starboy” and “I Feel It Coming,” as well as “Unforgettable,” by French Montana Featuring Swae Lee.

The full list of SOCAN songwriters and music publishers who earned ASCAP Pop Awards at the 2018 edition is:

SOCAN congratulates all of these winning members on their great international achievements!