It was the 2017 Francouvertes’ third night, a night with strong folk-rock programming. We were all excited to find out we would hear from a band who had the audacity to call itself the Vulvets. Had I seen them when I was a teenager, the Vulvets would instantly have become my role models. There’s something oddly off in their live show: An irresistibly haphazard aspect, tons of fun, with spontaneous and free musicians who unabashedly enjoy themselves and pass each other the mic. “The juvenile casual sensibility of sixties’ psycho beach parties that go wrong at dawn,” is how they present themselves.

“That was our fourth or fifth show ever,” says Isabelle LaTerreur Ouimet, the band’s bass player, and programmer for Coup de cœur francophone. “We were a bit anxious about how things would go, because we all work in the music industry, so playing for our peers was a little off-putting, and we’re not exactly the ‘contest’ types. What’s more, we don’t exactly play easy-listening music that a lot of people enjoy. Reverb and fuzz are not exactly ‘in’ sounds nowadays; we play loud, according to the distorted and muddled garage-band aesthetic. That’s what we like.”

The Vulvets’ charisma and strong stage presence didn’t go unnoticed, earning the band a few prizes, and paid gigs that will see them playing all Québec this summer. Osheaga, FRIMAT, Festival de l’Outaouais émergent, Québec City’s Festival OFF. If you attend ferstivals in Québec, there’s a good chance you’ll run into the Vulvets this summer.

The Vulvets adventure started during cider-fuelled evenings. “Dorothée Parent-Roy [guitars, vocals] and I often hung out at l’Esco [a famous Montréal watering hole and music venue, L’Escogriffe],” syas Ouimet. “We both played in bands – myself with Buddy McNeil and the Magic Mirrors, and she with Ultraptérodactyle and Dearbunnies. We’d occasionally talk about how tough it can sometimes be to be a girl in a guys’ band. At some point, we realized we both felt like starting a feminine project with a different dynamic. We rapidly established ties with my friend Marie-Ève Bouchard [drums, vocals], and someone introduced us to Marie-Claire Cronier [guitars, vocals], a singer-songwriter that had just left Sudbury to come to Montréal. We all shared musical influences. The chemistry was instantaneous at our first jam.”

The band’s name reflects the sense of humour that the musicians share. “We used to sing in English,” says Ouimet. “Then one day, Marie-Claire came to us with a song in French. I can’t stand bilingual albums, so we just switched to French altogether, and the Velvets became the Vulvets! When it’s just us and we talk about feminine activities, we call them ‘vulva sports.’ We all work in a super-masculine industry, so we’re all well versed in dirty jokes in tour vans! Early on, we called our music ‘c__t surf’: Surf rock with a feminine, dirty-minded approach!”

The Vulvets were among the first to sign the Femmes En Musique (F.E.M.) manifesto which denounced the industry’s sexism. “We thought it was important to point out the imbalance in the artistic presence of women compared to men, but we kept our distance when some started pointing at specific people. We won’t get what we want with a negative approach. We believe that it’s through awareness and education that we’ll be able to change things.”

Does it bother the Vulvets to be called a “girl band” when no one talks about a “guy band”? “No, we get the rarity effect, even though it doesn’t change anything musically,” says Ouimet. “We’re feminists and endorse the new approach for equality and parity. It’s a bit like female news anchors: there are many nowadays, but there were very few before. When we get used to seeing women where we least expect it, we’ll get over the fact that they’re female. The only thing that really gets to us is that, because we have a tomboy-ish side, people wonder if we’re lesbians, and that’s annoying. Why is it I can’t be feminine and love distortion, reverb and sweat – which is to say, real rock ‘n’ roll?”

We’ll still have to wait a little before we can blast the Vulvets through our speakers: their first album should come out in the spring of 2018, and the band will release two new songs before summer ends. In the meantime, we can always get an ear-bleed listening to the Vulvet’s fuzzy c__t-surf sound during one of the many festivals they’ll play this summer.

With the renewed interest for the New Wave sounds and the electroiclash tornado of 15 years ago, is there anything substantial left of the pith and day-glo marrow of the music of the ‘80s? Yes, resoundingly responds Cristobal Cortes, whose synthwave grooves he releases under the Das Mörtal moniker: “The important thing is to find inspiration there, not imitation,” he says. “It’s when you try to imitate that you get stuck in the past; just being inspired by the ‘80s allows you to create something contemporary.”

It would indeed be unfair to boil down the sound of Das Mörtal to the old beats and synths of the Depeche Mode years. His first album, Always Loved, sees the Santiago, Chile-born Montréaler set a course for dance music that’s inspired as much by the techno and progressive house of the ’90s and 2000s than it is by the rugged electro sound of 30 years ago. It’s as much Human League as it is Tiga, as much Men Without Hats’ “The Safety Dance” as it is Daft Punk’s “Harder, Better, Faster, Stronger.”

“To me, Das Mörtal is a big mish-mash, I mean, a lot of experimentation,” says Cortes. “I can do a super-disco number and follow up with a techno track, but it all belongs to a very well-defined sonic universe. The project has a smidge of a cinematic feel, inasmuch as each release is a story unto itself. They’re not songs that were compiled randomly; they have to tell a story from beginning to end.”

The story he tells on Always Loved is simple and straightforward – a requisite when you consider half of the tracks are instrumental. It’s the story of a man who meets a woman in a club, they spend the night together, until, “when morning comes, they tell each other, ‘See you around, maybe.’” The pulsating rhythms, drenched in fat shiny synths, make you want to both dance and… well, you get the picture.

If the latter is part of human nature, dancing doesn’t necessarily come easy to everyone. It’s after exiling himself to Berlin about 12 years ago that Cortes understood that. “Back then, the Montréal electronic scene seemed to be chasing its own tail,” he says. “Everything was all about SAT and MUTEK, that repetitive, minimalist house and techno sound that I couldn’t stand anymore.”

Let’s just say he had slightly more aggressive musical compulsions, being a fan of hardcore electro-industrial productions from the now defunct German label Digital Hardcore Recordings (Alec Empire, Atari Teenage Riot). “That’s what Berlin was to me,” says Cortes. “Electronic music with a much more punk attitude, that was close to metal, and we seldom heard in Montréal. So I moved to Berlin, hoping to make my own music, inspired by that energy and sound – and also hoping to discover new ways to make music.”

Back then, Cortes’ stage name was Elektro-boy, and he hung out with local producers, notably ones releasing on Ellen Allien’s more techno-oriented label BPitch Control. It’s by working with those musicians that he realized what he hadn’t understood in Montréal: the people’s need to dance, and the role of the dancefloor’s master –  the DJ.

“I finally understood the DJ culture that I was trying to run away from. All of a sudden, it wasn’t boring at all.”

“I learned that you can do a lot more than I thought as a DJ,” says Cortes. “I never thought that way of doing things would allow me to fully express myself. Back then, Native Instruments released Traktor [a mixing software for DJs] and BPitch got a promo copy of the latest version. That tool freed and captivated me. I said to myself: ‘Oh! we can use all kinds of effects, it’s like doing sound collage, but live.’ I finally understood the DJ culture that I was trying to run away from. All of a sudden, it wasn’t boring at all.”

Following a handful of singles and EPs, Das Mörtal found a home in Lisbon Lux, partners that allowed him to disseminate his music outside of Québec dancefloors. Lately, he’s played live in France, Hungary, Russia and Great Britain. “When I get booked here, it’s mostly to DJ… and that’s fine with me!”, says the self-taught musician, who composes by ear, with a good sense for rhythm and a lot of intuition.

One last, burning question: why re-mix of Céline Dion’s “Je danse dans ma tête”? “I love that song!” says Cortes. “As a matter of fact, I hate the expression ‘guilty pleasure’: I believe we’re entitled to love whatever we want. I happen to like that Céline song, it reminds me of my youth. Mind you, I don’t like anything else she’s done… Maybe it’s the slightly kitsch side of it? It’s got a good groove, it still sounds good today! Of course, it’s an old hit, but it has all the makings of a good dance hit.” 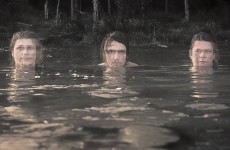 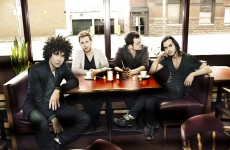 From riches to rags and back again 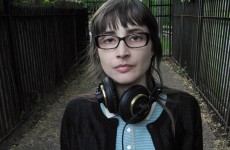 The Back and Forth of Rose Bolton 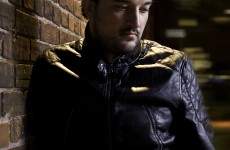