The first sounds we hear coming over the line are the shrieks of rambunctious children splashing about in a bathtub, nearly drowning out the somewhat surprised voice of Martha Wainwright. “Oh my goodness. Hold on a second…. Get back in the bath, little children…”

We’ve reached her at home in Montréal in the midst of trying to get her two young sons, ages two and six (“but almost three and seven”) bathed and off to bed. It appears she’s forgotten about our scheduled 7:00 p.m. phone interview, and she’s scrambling to pass instructions to whoever is assisting her: “This one’s teeth are brushed… Um, how long is our interview, sir?” It’s clearly not an opportune time to chat, and so she offers to call back in an hour or so, after the kids are tucked away in bed.

It’s always been a family affair for Martha Wainwright, with all the chaos and connectivity that family brings. Music is the family business. She is, of course, the daughter of the late Canadian folk legend Kate McGarrigle and American singer-songwriter Loudon Wainwright III, who messily divorced the year she was born. After initially singing backup in the shadow of her older brother, Rufus Wainwright, she began to step out into her own spotlight in the late ‘90s with a number of well-received EPs. Her critically and commercially successful self-titled, full-length debut in 2005, and subsequent releases, have established her as a talented songwriter and a beguiling performer in her own right.

“It kind of feels like a new time; the beginning of something new.”

Her latest offering, Goodnight City, came out in November of 2016. It’s her sixth album and first solo release since 2012’s Come Home to Mama. Half of the tracks are Wainwright’s own compositions, while the other half were written for her by friends including Beth Orton, Glen Hansard, Merrill Garbus of tUnE-yArDs, her brother Rufus and writer/poet Michael Ondaatje. It also features contributions from her aunt Anna McGarrigle and cousin Lily Lanken.

The album opens with a trio of songs that are among Wainwright’s most captivating to date, led by the provocative first single “Around The Bend” (“I used to do a lot of blow / Now I only do the show”), followed by “Francis,” about her youngest son, Francis Valentine, and “Traveller,” a moving tribute to a friend who died of cancer at age 40.

After releasing Come Home to Mama and giving birth to son No. 2, Wainwright spent the ensuing couple of years “involved in intense domestic life.” When she was ready to make another record, she wasn’t sure she’d have enough songs, so she hit upon the idea of asking friends and family to contribute songs for her to record. While that was underway, Wainwright found the inspiration to write more of her own songs. “I lack discipline in my songwriting,” she explains, having now called back after putting the kids to bed, “so it’s often something that has to come over me.

“I realized this was going to be a record of two things,” she says, “because I didn’t want to abandon my own songs, but then it also allowed me to take the best of the offered songs and choose the ones that somehow really connected to my life in some way.”

That duality is also reflected in the cover photo she chose for Goodbye City, where we see two separate overlaid images of Wainwright, giving the impression that she’s facing in two opposite directions simultaneously.

“Yeah, looking at the past and the future,” she confirms. “The concept of saying goodbye to something is there, along with the title, but then also, it not being completely over.”

One of the things she’s tried to leave behind is the grief over her mother’s passing from cancer in 2010 at the age of 63. That kind of wound can be slow to heal, if it ever truly does. But healing does happen.

“For the first time, the memory of my mother and her death, I’ve come to accept more,” she says. “I’m not as traumatized by that or as hurt by that any more, and it kind of feels like a new time; the beginning of something new.”

Having turned 40 earlier this year, Wainwright has also been writing a memoir, Stories I Might Regret Telling You, which is close to completion.

“What I’m learning from having written it is that I think a page has been turned – no pun intended,” she says. “And with this new record too, and coming out from the shadows of my parents and my brother, and shaking off some of the insecurities that I have. I feel like that’s been one of the themes of the last 20 years, which I think I’m ready to shed.”

With her two young children now nestled in bed, drifting into dreamsongs of their own, Martha Wainwright is allowing herself a farewell glance to the past while she faces a new tomorrow.

“This record is more hopeful than a lot of my other records,” she says. “I think I’m a more realized artist in a way, maybe since turning 40, or being in this new stage or new chapter. I feel like it’s a better time for me.” 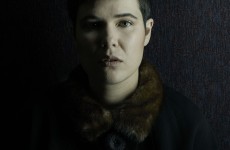 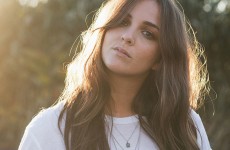 Before they can actually earn a living solely through their art, most artists go through an in-between period where, in the course of a single day, they can go from the harsh reality of a mindless job to being a star on stage. When we spoke with singer Marcie on the phone for this interview, she was exactly at that point in her life. She is taking a break from work – captioning TV shows for the hearing-impaired – to tell us about her recent adventures in France where she was opening for veterans Mickey 3D.

For the time being, she’s quite content with the in-between zone. “I’m happy because I have a flexible schedule that allows me to go on tour, so it’s very reassuring,” she says. “I like my job and I like making music; so for now, I’m quite content with it.” Since being a finalist at the 2013 Francouvertes (alongside Les Hay Babies and Dead Obies), Marcie alternates between creative periods and simply enjoying life, a time where she “accumulates the emotions that will end up nourishing my songs, which I tend to write in big batches, rather than piecemeal.”

Following her debut album in 2013, which was produced by Ludo Pin, she recently launched an EP where she explores new textures. Produced with help from Dany Placard and Louis Philippe Gingras, the four-track recording is more raw, and includes a Françoise Hardy cover (the magnificent “Ma Jeunesse Fout l’Camp”) and a stunning song,“Puisque,” where she sings that she’ll either become a pop singer or a nun, a tongue-in-cheek line that’s more of a joke than a threat.

“I’ve been listening to a lot of religious music lately, I guess it had an impact,” says Marcie. “I’m an atheist, but there’s something so pure in the emotions expressed by that music.” Besides the music of John Littleton – a Louisiana resident who popularized what used to be called “negro spirituals” in France – she’s also been deeply into the music of a 1960s Québec duo, Les Messagères de Joie (The Messengers of Joy).

“My friend Marianne found their first album in a yard sale and she just flipped on the album cover, where you see two nuns: one with a huge crucifix pendant, and the other holding a guitar,” says Marcie. “We thought we’d die laughing when we’d listen to it, but that’s not what happened; the writing was simply sublime. Sure, it talks about Jesus, but it goes beyond that… There’s something poetic about it, especially on the song ‘Je sais que tu es beau’ (‘I Know You’re Beautiful’) which moved me deeply.” Marcie was so moved that she contacted the Messagères’ songwriter, Nanette Bilodeau – known as Sister Wilfrid Marie back in the day –  to do a cover of the song. She’s even developed a friendship with the lively octogenarian, and they see each other regularly.

Although she’s not planning on going into religious music full-time, Marcie still hoping the divine inspiration won’t abandon her soon. She already has a few songs ready, and hopes to release a new album next fall, God willing. We’ll do our part and light up votive candles, in the hope\ that she doesn’t end up in a convent. 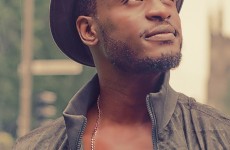 A 15-year career is cause for celebration, especially when can take your time, with a few friends 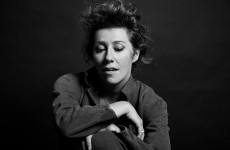 Martha Wainwright comes out of the family shadows

“I no longer have impostor syndrome,” sings Fransaskois singer-songwriter Alexis Normand in the opening lines of “Mauvais sort,” the first single off of her eponymous sophomore album, launched in November 2016.

Those words are fitting, even though she didn’t write them. The lyrics to this song, and others on her surprising album, were penned by Daniel Beaumont (Louis-Jean Cormier, Tricot Machine). It’s a creative avenue Normand hadn’t yet explored: “I wanted to experience songwriting differently, so I asked [album producer] Marc Pérusse to suggest a few names,” says Normand.

“The first name on his list was Daniel Beaumont,” she adds. “We met in a Montréal café to get acquainted and see if we would jive before we started working together. I met someone with incredible sensitivity, an openness, and a love for collaborating that’s simply, and totally, based on the joy of creation. Since I live in Saskatoon and he in Montréal, the rest of our collaboration happened over the internet.

“When he sent his first text written specifically for my music, it felt like Daniel had stolen words straight from my heart and soul, especially on the song ‘Johnny Cash,’ which is one of my favourites on this album,” says the artist, who also tapped Mélanie Noël and Mathieu Lippé on two other collaborations.

“It takes a village” are the first words in the album’s thank-yous. Normand, of course, means that she got help from a few good Samaritans she met on the path to creating her album. “The Fransaskois community saw me come of age on stage… even before I was ready to think of myself as an artist,” she says. “As a matter of fact, it’s the Conseil culturel fransaskois that got me into my first songwriting, stage-scripting, and studio recording workshops. That’s what made me want to sing in French, and what led me to realize that a career in Western Canada is possible.”

Onstage, those beautiful collaborations are fleshed out alongside one-man band Marc Ferland-Papillon. The stage direction was provided by songwriter and multi-talented artist Gaële, and the show will be presented to Normand’s fans in the West starting this coming winter, and then elsewhere on the summer festival circuit in 2017. “Gaële is an artist who understands that it’s possible to feel like an outsider in Québec,” says Normand. “She helped me get over that. I asked her to help me create an intimate show, I wanted it to feel authentic, like I was inviting the audience in my living room in Saskatchewan.” 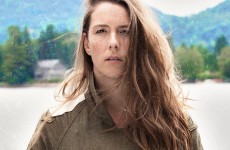 Conquering the West Before D Day 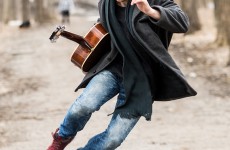 IN THE SPOTLIGHT: CÉDRIK ST-ONGE