Legendary American songwriter Kris Kristofferson once wrote about fumbling in his closet to find his “cleanest dirty shirt.” Kristofferson avoided doing the laundry, but washing one’s clothes is a job most do, though few enjoy. Not so for Geraldine Hollett, one third of the Newfoundland trio The Once.

“I’ve never been more excited doing laundry as I am for this trip!,” laughs the lead singer and songwriter.

Hollett was chatting a couple of weeks before the trio embarked on a short North American tour – a warm-up for a world tour with label-mate Passenger to promote its major-label debut album Departures, released on Nettwerk Records. The world tour started in Antwerp, Belgium and took The Once to many new locales throughout central Europe, Scandinavia, Ireland, New Zealand and Australia. The experience is so new Hollett didn’t even know what she’d do during her downtime.

The album is called Departures, but “right now I feel like we’ve arrived,” says Geraldine Hollett of The Once.

“Maybe I’ll just lie in the grass and stare up at the sky.”

Three years since the band’s last record, the bulk of the songs were already recorded when the group signed with Nettwerk. Departures showcases a mix of styles, reflecting the trio’s eclectic influences. Besides Hollett, The Once includes multi-instrumentalists and co-writers Andrew Dale and Phil Churchill. Like the bands’ previous releases, the new record is infused with a Newfoundland spirit that encourages audience participation. The overarching theme is one of taking stock: where one’s heading, where one’s been, and the role of fate in one’s life. “We Are All Running” epitomizes this.

“All of us have lost our dads,” Hollett says. “That song is about dealing with the big stuff as quickly as possible so you can get back on track with your life.”

One of the other highlights is a cover of the Elvis Presley classic, “Can’t Help Falling in Love.” Hollett explains how this classic ended up on Departures.

“We were in Nashville last year to audition to play venues in the United States and they had a list of songs we had to sing. This song was one of the ones we picked. I’m not sure if you’ve been to Newfoundland, but Elvis has been on the cover of the Herald something like 42 times. The song worked so well, we just kept doing it.”

It’s ironic, Hollett says, that the new album is called Departures because it feels in sharp contrast to where the band currently sits on its musical journey.

“Right now I feel like we’ve arrived,” she says. 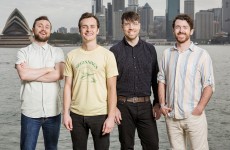 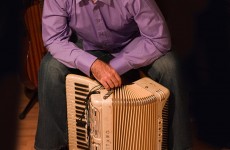 Let’s get one thing straight right from the get-go: poutine was invented in Québec and nowhere else!

Now, with that out of the way, we can debate endlessly on the proper balance of ingredients in this dish and the establishments where best to experience this gastronomic wonder. There’s even an underlying debate on whether all the eccentric and bizarre variations proposed by chefs during Poutine Week are actually poutine because they stray so far from the tried and true fries-cheese-gravy trinity…

There is, however, one other ingredient the co-owners of Resto La Banquise located right at the heart of Montréal’s famous Plateau neighbourhood, will never omit: music! La Banquise is nothing short of a proverbial institution in Montréal, serving poutine since 1968, and being Licensed to Play by SOCAN made complete sense, according to Annie Barsalou, co-owner and daughter of the establishment’s founder, Pierre Barsalou.

“Music has a clear and direct impact on business, on the clients, and on the atmosphere of the place.” – Annie Barsalou

“We could look at our ledger and think that this licence is one more item in our expenses column,” says Annie. “But take a step back and it quickly becomes obvious that we need the music from all those songwriters, and it’s important to us that they get fairly compensated for their work. It’s perfectly in line with our values as restaurateurs.”

For Marc Latendresse, her life partner and co-owner, the Licensed to Play sticker proudly displayed at La Banquise is more than just proof that their restaurant is among the more than 30,000 establishments in Canada that are legally licensed by SOCAN to play music in their business.

“We’ve had comments from customers who said they appreciated our respect for artists and songwriters,” he says. “It’s particularly important in our neighbourhood, Plateau Mont-Royal, which is a major cultural hub in this province.”

And indeed, staffers of the restaurant can tell you that many a well-known or up-and-coming musician visit their eatery, such as We Are Wolves or Random Recipe, to name but a few…

“Music has a clear and direct impact on business, on the clients, and on the atmosphere of the place,” says Barsalou. “We adapt our playlist and the volume we play it at according the the time of day. Our employees are the ones feeding the choice of music and we give them full latitude. We often get questions from customers curious to know what they’re hearing, and that creates a bond between the staff and our clients. We even have one regular customer who comes in and shares his latest musical discoveries with us!”

“Our musical choices vary according to the time of day – something crucial since we operate 24/7 – and they help define our identity and unique atmosphere,” adds Latendresse. “To us, music is an essential part of a positive customer experience and therefore an integral part of our restaurant’s success.”

Poutine has frequently been part of Québec’s musical culture – think Hommage en grain by Mes Aïeux, Mononc’ Serge’s Les Patates or Québec-France duo Omnikrom and TTC’s Danse la poutine – so it seems only fitting that the Mecca of such a staple of comfort food would use music to offer its patrons a complete experience, while fairly compensating the creators thanks to SOCAN’s Licensed to Play program

On a hill or in a valley, on a Greyhound bus, in a 2004 Chevrolet Optra or hitching rides, Rouyn-Noranda born singer-songwriter Louis-Philippe Gingras reckons he must have rode the 226-kilometer Route 117 highway running from Montreal to the Ontario border through the La Vérendrye Wildlife Reserve as least 300 times by now.

“Once, around Christmas time, I was heading for Rouyn from Montreal in my car to take part in family reunions,” he recalls. “I hadn’t been able to find my driver’s licence, and I didn’t even know whether it was still valid or not. When I got to Tremblant, I got stopped by a cop. He must have thought I looked suspicious. That’s when I found out my licence had expired. My car was impounded, and I had to hitchhike with my guitar. Boy, was it ever cold!”

“It’s a fact that I’m disorganized, not very rich and unattached.”

Traverser l’parc (Riding through the Reserve), Gingras’ Dany Placard-produced current album, contains much evidence justifying that dutiful traffic officer’s intervention. The stories of drunken episodes, complex romantic arrangements and pennilessness it tells definitely don’t portray the songwriter as someone a parent would like their daughter to marry. With his heavy “joual” accent and crude approach to everyday life, Gingras belongs in the Plume Latraverse songwriting school, with its endearing mixture of nonchalance and poetry.

“It’s a fact that I’m disorganized, not very rich and unattached,” Gingras admits. “What I’m talking about on the album fits my own life, but poetic licence allows me to create interesting contrasts between what I went through and how I tell the story. I was able to see the difference after taking part in music competitions.”

As the winner of the second prize of the 2010 Festival de la relève indépendante musicale d’Abitibi-Témiscamingue (FRIMAT) and of the top honours of the 2012 Festival en chanson de Petite-Vallée, Gingras speaks from experience. “When you take part in a competition, you end up cruising the jury the way you’d be cruising a girl,” says Gingras. “First impressions are always crucial. It’s too bad, but that’s how it goes. People size you up before you have a chance to play your first note. As an artist, I believe you have to be aware of who you are, and how you’re being perceived by others. What image are you projecting? What are your strengths? Now that I realize that, I always dress up for the stage. I even shave before the show to create a more striking contrast between my clean-cut appearance and my trashy roadside folk/blues music style.”

Once again, the former jazz student of Cégep de Saint-Laurent brings back Route 117, the long snake-like highway on which he wrote many of the songs of Traverser l’parc during the eight-hour trip, including “Andromède,” which was a finalist in the 2014 Francophone edition of the SOCAN Songwriting Prize competition. “Like many of my pieces, ‘Andromède’ grew out of a line I liked for its visual and sonic content,” Gingras explains. “That’s often the case with me. I don’t write on a theme, I just like to elaborate on a line or on words that spark my imagination. I let myself loose without worrying where this might take me. In this particular case, I was on a Greek mythology trip, and I the sentence ‘M’as gazer pégase (‘I’ll be gassing Pegasus’) got me going. And, since I was on my way to meet a girl in Abitibi, the two stories merged into one. By the time I got there, the song was almost finished. ‘Roulé dans l’noir’ [‘Driving in the Dark’] was also written as I was crossing the Reserve. We’d gotten caught in a huge thunderstorm. I was chasing my own tail at the time. Never pleased with myself, always moving from town to town.”

Following appearances at a series of festivals to promote his album this past summer, Gingras is spent part of the fall of 2014 writing songs for his next album. Recently diagnosed with bipolar disorder, he’s slightly concerned that the medication he’s on might hamper his creative process by levelling his emotional hills and valleys – mostly his highs.

“My moods are pretty stable now, so I’m not going to complain,’ says Gingras. “What I find, so far, is that my new state of mind takes me away from concentrating my writing on myself. Traverser l’parc is a reflection of the way I felt at the time I wrote it. My next album is going to deal with the ways people interact. I’m focussing on a cast of characters. My most recent song is about a woman cashier in an Ontario Giant Tiger store. I want to take myself out of the picture for a change.” 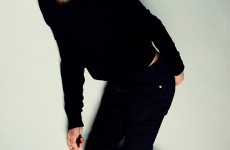