The 40th Anniversary edition of the ADISQ Awards had Montréal’s Place des Arts hopping on Oct. 28, 2018. Three years after winning the Félix Award for Breakthrough Artist of the Year, Philippe Brach walked away, this year, with the coveted Author or Composer of the Year for his album Le silence des troupeaux, as well as the trophy for Live Show of the Year – Singer-Songwriter. We spoke with Brach, in the media room backstage, about his creative process, and the relative importance of awards. 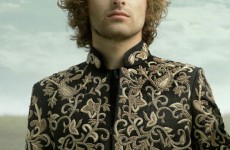 The 40th edition of the ADISQ Awards had Montréal’s Place des Arts hopping on Oct. 28, 2018. In 2014, Klô Pelgag won the ADISQ Breakthrough Artist of the Year Award. Then, in 2017, she won for Songwriter of the Year.  This year, she came full circle by winning the Female Singer of the Year, an award decided jointly, by both the members of the academy and the general public. We met with Pelgag backstage at the awards gala, where she shared her thoughts on what makes someone a great singer, and the evolution of public perception about singing. She also imagines what might have happened if, over the years, authenticity had regained its place over vocal performance?

It’s obvious to anyone paying any attention that Hubert Lenoir has been generating a lot of buzz since the release of his album Darlène, not even a year ago, which translated into a slew of awards at the 40th Gala de l’ADISQ. The young man – whose words, clothes and attitude invariably provoke polarized reactions whenever he appears in the media – won the Félix awards for Breakthrough, Pop Album, and Song of the Year (for “Fille de personne II”). This in addition to the Album of the Year – Critic’s Choice Award, which he won at the Premier Gala de l’ADISQ last Wednesday. Add to those the Breakthrough Award he won at this year’s SOCAN Awards Gala in Montréal, and being a finalist for the Polaris Prize, and it seems official that the artist has been annointed by the music industry.

Eric Parazelli, editor of SOCAN’s Paroles & Musique magazine, met with Lenoir backstage at the Gala de l’ADISQ after he won two of the night’s three awards (see interview at left).

Among the other winners of the gala was Philippe Brach, who walked away with two major trophies, Author or Composer and Live Show of the Year – Singer-

Songwriter. Loud, who won Québec Artist with the Most Success Outside of Québec at the Premier Gala, also won, unsurprisingly but deservedly, the Félix for the Hip-Hop Album of the Year. Pierre Lapointe won the Album of the Year – Adult Contemporary Félix for his album La science du cœur, while Klô Pelgag and Patrice Michaud each won Singer of the Year.

2Frères won the Duo or Group of the Year award, while the troupe of the musical Demain matin, Montréal m’attend won the award for Live Show of the Year – Interpretation. An honorary Félix award was presented to the mythical band Harmonium, after a very touching tribute.