On Oct. 1, 2020, ADISQ announced the nominees for its 42nd annual awards gala, which will be hosted, for the 15th consecutive year, by Louis-José Houde. The 2020 gala will be televised on ICI Radio-Canada Télé on Nov. 1.

Over 116 artists and 90 music industry professionals have been nominated for awards in three separate galas: the Industry Gala, on Oct. 26, which will be broadcast via the palmaresadisq.ca platform; the Premier Gala de l’ADISQ, on Oct. 28, which will be televised on Télé-Québec, and the main gala, on Nov. 1.

Once again this year, SOCAN music creators are nominated in many award categories, including Author or Composer of the Year:

Members of the general public are invited to join the Academy in selecting the Song of the Year from a list of 10 finalists:

SOCAN congratulates its members for their nominations, and wishes them the best of luck! 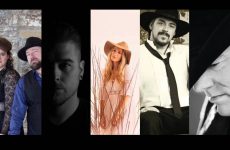 Multi-platinum singer-songwriter Bonnie Raitt honoured her colleague songsmith Shirley Eikhard with a virtual induction ceremony for the song “(Let’s Give Them) Something to Talk About” – which Eikhard wrote, and Raitt took to the Billboard Top 10 – into the Canadian Songwriters Hall of Fame (CSHF) on Global’s The Morning Show on Oct. 6, 2020. The multi-Grammy-winning Raitt released the recording on her 1991 album Luck of the Draw,  propelling both herself and Eikhard to new heights of success.

“Shirley Eikhard is a Canadian treasure and multi-faceted artist, who’s gifted us with her voice, her music, and her talents as a songwriter,” said Vanessa Thomas, CSHF Executive Director. “A mainstay on radio nearly 30 years later, Bonnie Raitt’s recording of ‘Something to Talk About’ is unparalleled and timeless, and takes its well-deserved place in the Hall of Fame.”

Shirley Eikhard, originally from Sackville, New Brunswick, earned JUNO Awards in 1973 and 1974 for Best Country Female Artist, and has had numerous country and pop hits, including “You’re My Weakness” and “Smilin’ Wine.” Her songs have been recorded by Cher, Anne Murray, Chet Atkins, Ginette Reno, Alannah Myles, and Rita Coolidge.

Eikhard wrote “Something to Talk About” in Nashville in the 1980s, and had offered the song to Anne Murray, among other artists, all of whom expressed interest – but ultimately didn’t record it. She had put the song on the back burner, and one day received a surprise phone message from Bonnie Raitt, re-playing a recording of “Something to Talk About” that Raitt had just finished, after discovering the song on a demo tape that Eikhard had sent her years earlier.

“I got home and there was this thing on my machine. There was Bonnie… I was numb,” recalled Eikhard. It may have taken seven years for Eikhard to find the right artist to sing her song, but when Bonnie Raitt left that fateful voicemail, the rest was music history.

Raitt’s recording of Eikhard’s song proved a spectacular success. The single peaked on Billboard’s Hot 100 and Adult Contemporary charts at No. 5 in October 1991, and at No. 8 on Cashbox. It placed even higher in Canada, at No. 3 on the RPM Top 100 chart and No. 4 on Adult Contemporary, and made the Top 20 on RPM’s 1991 year-end chart.

“Something to Talk About” earned Raitt a Grammy Award for Best Female Pop Vocal Performance, and drove the Luck of the Draw to win Album of the Year, boosted by multi-platinum sales in North America.  At home in Canada, the song also earned Eikhard a JUNO nomination for Songwriter of the Year, and later SOCAN Classics and BMI Awards for its status as a radio favourite.

The song has been performed by Britney Spears, Kelly Clarkson, David Clayton-Thomas, and Jennifer Love Hewitt; and Raitt’s edition was the opening theme to the Hollywood film of the same title, starring Julia Roberts and Dennis Quaid.  Eikhard also sang her own version, that was used as the theme song for CBS’s Women of the House.

Following the televised virtual presentation of Eikhard’s song induction, the Canadian Songwriters Hall of Fame will be adding the song to its permanent and interactive exhibition at the National Music Centre in Calgary, that features a celebrated catalogue of inducted songs that fans can listen to, as well as displays, exclusive artifacts, and one-of-a-kind memorabilia celebrating Canada’s greatest songs and songwriters. 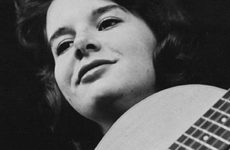 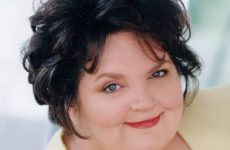 For the third consecutive year, Meghan Patrick earned the SOCAN-sponsored Songwriter of the Year honour at the 2020 Country Music Association of Ontario (CMAO) Awards, held October 4, 2020, as the first ever live, drive-in country awards show took place on The Raceway at the Western Fair District in London, Ontario.

Patrick won the award for co-writing “Wild As Me” with Jordan Rager and Michael Whitworth. She also earned two other awards, for both Album (for Wild As Me) and Female Artist of the Year. This is her third consecutive win in the Female Artist category, and her second in the Album category.

Other multiple winners at the eighth annual CMAO Awards included Tim Hicks (for Male Artist of the Year and the Nielsen Compass Award); James Barker Band (for Single and Video of the Year, both for “Keep It Simple”); and The Reklaws (Group or Duo of the Year, and the Fans’ Choice Award). 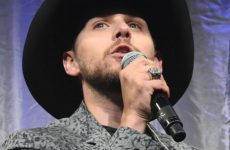