SOCAN spoke with Milk & Bone’s Camille Poliquin and Laurence Lafond-Beaulne just as they stepped off the stage after accepting the Electronic album of the year JUNO award. Still very excited by their win, they shared their joy at being honoured in such a way, and the secret of their success for the winning album, Deception Bay. 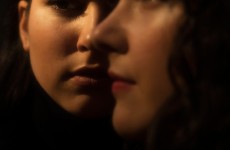 In a brief backstage chat with SOCAN, Indigenous Music Album of the Year winner Jeremy Dutcher talks about the creative process behind his winning album Wolastoqiyik Lintuwakonawa, and his symphonic plans for the rest of 2019.

The outstanding accomplishments of Canada’s most prestigious songwriters, composers and music publishers will be celebrated at the 30th anniversary SOCAN Awards on April 1st in downtown Toronto, where legendary and emerging Canadian music creators, producers, writers, and publishers spanning nearly every genre will come together to shine a spotlight on Canada’s tremendous talent.

The SOCAN Awards will be marked with special honours for SOCAN-member music creators who have achieved the greatest collective number of radio, live, digital, television, and screen performances in SOCAN’s history.

In what is certain to be an memorable moment, legendary singer-songwriter Buffy Sainte-Marie will be officially inducted into the Canadian Songwriters Hall of Fame, recognizing her lifetime of unparalleled achievements as one of Canada’s all-time greatest music creators.

“In SOCAN history, Canadian music creators and publishers have been played worldwide, streamed billions of times, and continue to shine in Canada and globally,” said SOCAN CEO Eric Baptiste. “It’s our privilege to honour the very best in Canadian music, and we look forward to celebrating the achievements of this past year, while honouring the Canadian creators of the past three decades who have left their universal mark.”

In addition to performances by Dallas Smith and celebrated JUNO Award winners Barenaked Ladies, “The SOCANs” are expected to include live performances by Meghan Patrick, Elijah Woods x Jamie Fine, and Anders.

More than 45 awards will be presented at The SOCANs, for success in songwriting, composing, film scoring and music publishing. based on SOCAN data compiled over the last calendar year.

This year marks the 30th anniversary of the SOCAN Awards, a milestone and celebration of the accomplishments of Canadian music creators and publishers. The SOCAN Awards have been held in Toronto annually since 1990. The 2019 Gala de la SOCAN, celebrating and honouring the work of SOCAN’s Francophone members, will be held in September in Montréal.

1 Determined through extensive SOCAN data research of total domestic performances on all performance platforms.
2 Determined by SOCAN’s Board of Directors and the leaders of SOCAN’s Membership department.