In an exclusive interview with SOCAN, Mimi O’Bonsawin – who won the Best Pop Album honour (for Trillium) at the 2019 Indigenous Music Awards, during the 2019 Manito Ahbee Indigenous  Music Conference  – discusses the Northern Ontario landscape that inspired the album; her writing process for the song “I Feel So Small”; and her line that “we witness magic every day.” 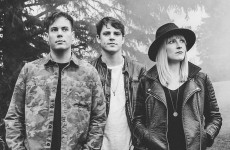