Backstage at the 2019 SOCAN Awards, Breakout Songwriter Award winner Jessie Reyez talks about her reaction to being recognized “for my pen,” writing songs from a deeply personal place, and how she writes with other people.

Backstage at the 2019 SOCAN Awards, International Achievement Award winner Murda Beatz – who’s crafted the beats or handled the production of multiple hip-hop hits, for Drake, Cardi B, Migos, and Nicki Minaj, among others – very briefly touches on his quick and early rise to prominence, building chemistry, being mentored by Boi-1da, the importance of asking questions, making “Nice for What” with Drake, and plans for his new label.

Natale began scoring movies in 1981, when asked by his friend, screenwriter Steve Lucas, if he’d thought of composing for film. Lucas knew him as a songwriter, and had just had a script accepted by the then-fledgling Atlantis Films. Natale founded Natale Music Inc. and began by scoring the short film The Bamboo Brush. The next movie Atlantis produced was an adaptation of the Alice Munro story Boys and Girls – which ended up winning an Academy Award for Best Live Action Short Film, in 1983. Thus began a fruitful 20-plus-years relationship between Natale and Atlantis.

The screen composer also earned a Genie Award for Best Song, for “Cowboys Don’t Cry,” from the 1988 movie of the same name, directed by Anne Wheeler. Over the course of his career, Natale was nominated for six Gemini Awards, one Canadian Screen Award, the Ontario Arts Council 2014 Louis Applebaum Composers Award, and scored many award-winning shows, among them a 1987 TV movie of the classic A Child’s Christmas in Wales, with Denholm Elliot.

Natale’s other credits include the Canadian series Traders, Blue Murder, and PSI Factor; the U.S. series Mutant X, Playmakers, and Tilt; and many movies of the week and feature films. Among the latter are Eugene Levy’s Sodbusters, the CBS thriller Adrift, NBC’s The Bruce Curtis Story: Journey Into Darkness, and ESPN’s Hustle: The Pete Rose Story, directed by Peter Bogdanovich. Lou also composed the score for CTV’s The Horses of McBride in 2012.

Natale is survived by his partner, Sharon Singer, three children, and his friends, family, and colleagues in the Canadian filmmaking community – to all of whom SOCAN extends sincere condolences.

There was a celebration of Natale’s life on the afternoon of April 3, 2019, at Beach United Church, 140 Wineva Avenue in Toronto.

Galt MacDermott, composer of Broadway musical Hair, passes away at 89 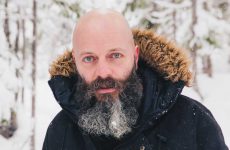