The SOCAN Licensed To Play Award recognizes a business that consistently ensures that it’s legally and ethically using music. As Canada’s largest South Asian outdoor music festival, desiFEST is home to more than 500 worldwide artists who annually showcase their music to more than 150,000 music fans. Here, desiFEST’s Sathish Bala talks about what the L2P Award means for the festival; how it quickly and strongly adapted to working during the pandemic; and why SOCAN is a good partner for the event.

Warner Chappell’s Vivian Barclay discusses how the company supports this wide range of songwriters in different ways, how the songs have global reach, and the joy of having a “legacy” hit when an older song finds new life again. 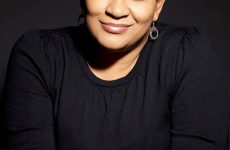 Wearing many hats, working across genres

Screen Composers Guild of Canada (SCGC) has created The Screen Composer’s Studio, a podcast about the musical storytellers behind some of your favorite films, television shows, videogames, and more. In each episode the SCGC takes you behind the screen, and talks to the musical magicians who bring these stories to life. These hidden giants may not often bask in the limelight, but you’ve definitely felt the power of their work. Find out how they shape emotional journeys, give colour and shade to beloved characters and worlds, and enhance the viewer’s experience in a way only music can.

Past SOCAN #ComposersWhoScore who’ve been featured in The Screen Composer’s Studio include Amin Bhatia, Mark Korven, and Darren Fung, and the latest episode, launched today, offers a conversation with Judith Gruber-Stitzer, formerly of the band Wondeur Brass, who’s scored more than 80 films, TV productions, live-action shorts, cartoon series, commercials, and theatrical and dance productions. She eventually became one of the National Film Board of Canada’s most prolific composers, scoring Oscar nominated films Animal Behaviour, Wild Life, and When The Day Breaks (which also own the Palme D’Or at Cannes), among many others.  Gruber-Stitzer resumé also boasts many live-action projects, including two films by the legendary filmmaker Robert Altman.

In the podcast, she discusses her work with that iconic director, as well as her perspectives on working both as a composer and sound designer on projects, her take on how rhythm affects audience perception, and what it means to be a woman in an industry still dominated by men.

Listen to the episode, and others in the series, here. 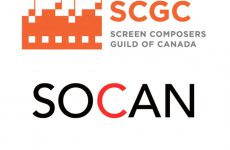