SOCAN was pleased to present our annual Nashville Family & Friends Bash at the City Winery, on May 24, 2019, honouring our locally based SOCAN members, and allowing them to network extensively with the city’s songwriting, publishing, and broader music-business communities.

We hosted more than 100 guests, including local and visiting members, as well as industry representatives from labels, music publishers, music technology firms, and agencies. Among them were members such as James Barker, Colin Linden, Gordie Sampson, and Kelly Archer,among others

Because SOCAN’s longtime Nashville representative Eddie Schwartz was recently inducted into the Canadian Songwriters Hall of Fame, he was honoured at the reception, too. Raquel Cole sang and played a spirted version of Schwartz’s most well-known smash, “Hit Me with Your Best Shot,” and the assembled guests each took home a shot glasses cleverly emblazoned with the song’s title.

We also took the opportunity to present five SOCAN No. 1 Song Awards during the Bash:

One to Aaron Goodvin for co-writing “You Are,” co-published by ole, which reached No. 1 on the Nielsen BDS Country Chart; 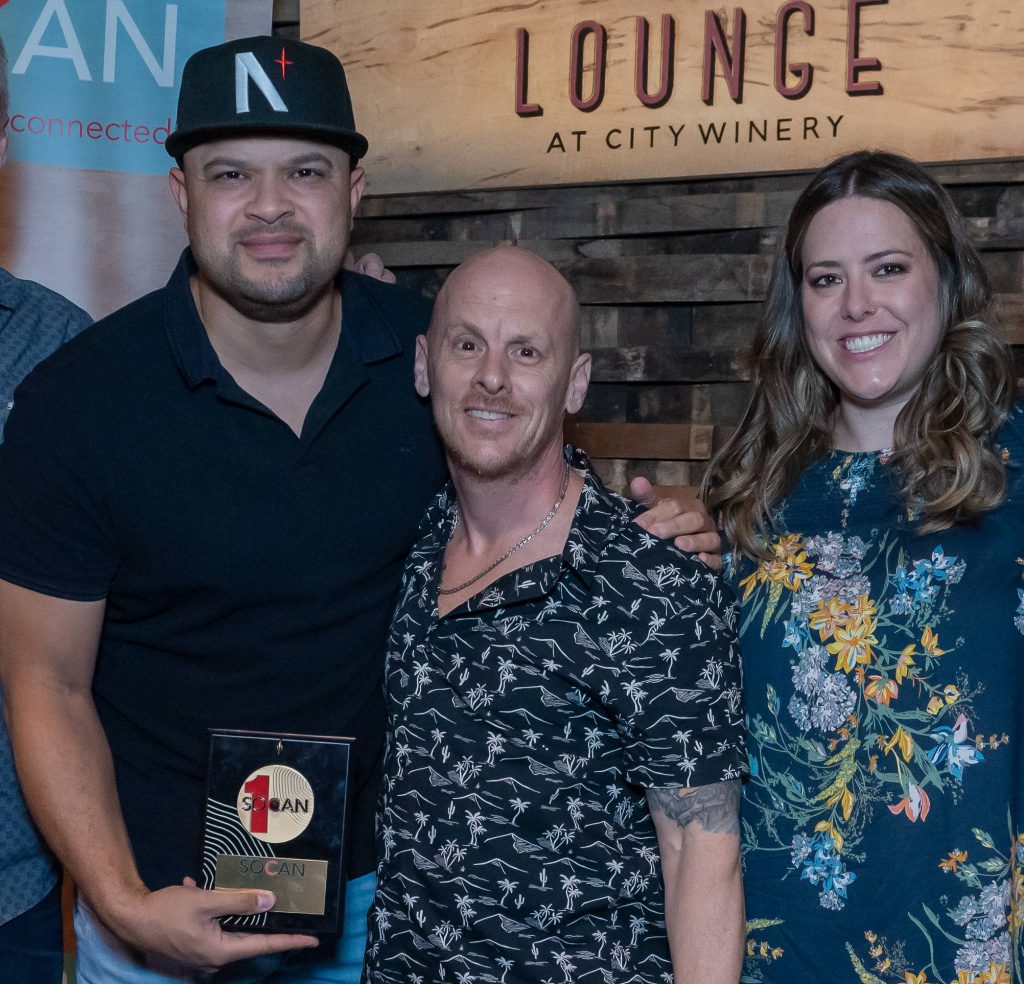 One to Tebey, for co-writing “Dive Bar,” co-published by BMG Rights Management, which reached No. 1 on the same chart; 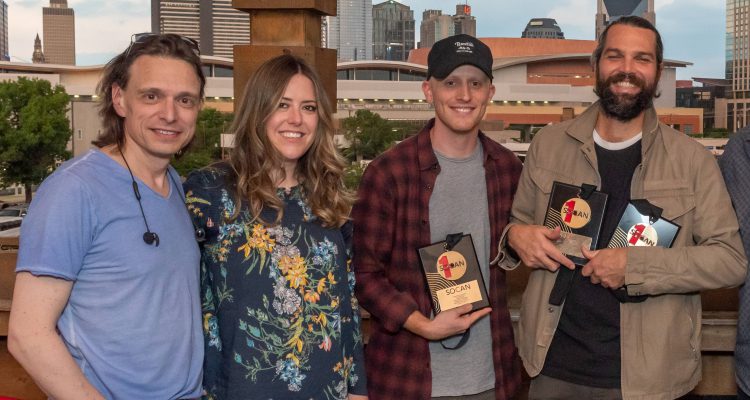 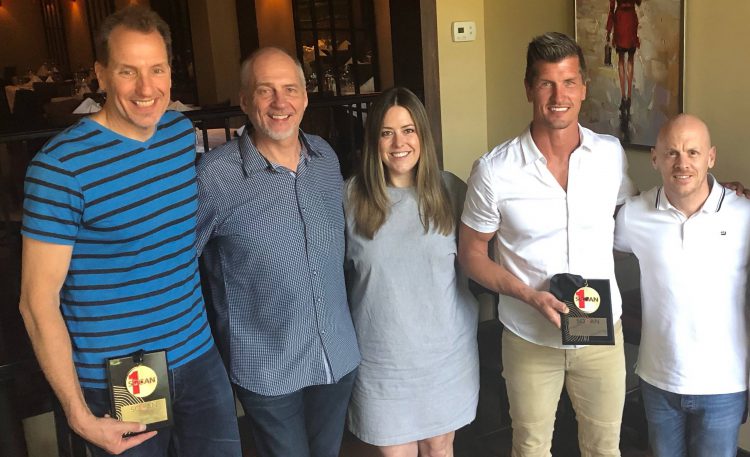 Earlier in the week, SOCAN hosted a lunch with Brad Rempel, where we presented him with a No. 1 Song Award for co-writing “Lost,” co-published by Sony/ATV Music Publishing Canada, which The Hunter Brothers brought to the zenith of the Nielsen BDS Country Chart. 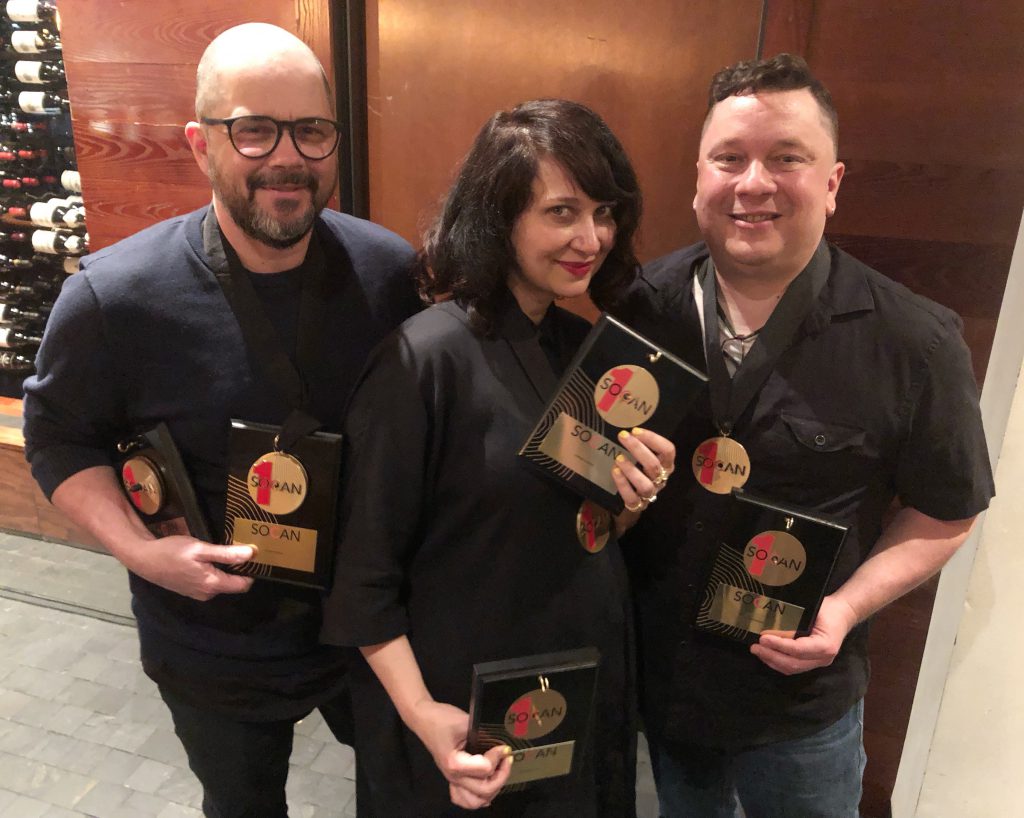 We also hosted a dinner for Simon Wilcox, Tawgs Salter, and Gordie Sampson, all three of whom we presented with No. 1 Song Awards for co-writing Scott Helman’s “Hang Ups,” co-published by Sony ATV Music Publishing Canada and EMI Blackwood Music Canada Ltd., which reached the top spot on the CBC Music Top 20. Simultaneously, Wilcox and Salter each earned another No. 1 Song Award for co-writing Helman’s “Ripple Effect,” co-published by the same companies, and peaking on the same chart.

SOCAN thanks our hard-working members for attending the reception, and congratulates all our chart-topping members as well!

In an exclusive interview with SOCAN, Angela Amarualik – who won the Best Inuit, Indigenous Language, or Francophone Album (for her debut album, Angela Amarualik) at the 2019 Indigenous Music Awards, during the 2019 Manito Ahbee Indigenous  Music Conference  – discusses her unique blend of musical styles, singing in her Inuktitut language, her songwriting, and her childhood hero Beatrice Deer.