We’re pleased and proud to report that global hit songwriter and Canadian star Tebey has signed an agreement with SOCAN to collect his royalties throughout the world. Tebey signed the deal while accompanied by SOCAN Director, A&R, Rodney Murphy, and A&R Representative Melissa Cameron-Passley.

“I’m beyond excited to be back with SOCAN for the worldwide collection of my royalties. I first met Rodney Murphy as an 18-year-old kid trying to break into the industry,” said Tebey.

“It’s extra special coming full circle like this.  Rodney’s one of the best creatives in our industry, and his passion for music and its creators is unmatched.”

“It’s a real pleasure to be able to sign Tebey to a worldwide deal with SOCAN,” said Murphy. “Not only is he a prolific and globally successful professional songwriter ‘behind the scenes,’ but he’s also a star singer-songwriter in his home and native land, as well. SOCAN couldn’t be happier to be working with him again, throughout the world.”

Tebey is a multi-genre songwriter and recording artist originally from Peterborough, ON, but now living in Nashville.  Over the years, his songs have been recorded by some of the biggest names in pop music, from One Direction and FLO RIDA, to Fifth Harmony and Cher.  His song “All About Tonight” (recorded by Pixie Lott) was a No. 1 single in the U.K., and was nominated for Single of The Year at the prestigious Brit Awards.  Tebey has seen eight of his songs reach No. 1 internationally, including country artist Justin Moore’s “Somebody Else Will,” which became his first No. 1 on the U.S. Billboard charts in 2017.  Last year was a particularly successful one for Tebey, as two of his co-writes reached No. 1 on the Canadian country music charts: “Dive Bar” by Gord Bamford, and his own single, “Who’s Gonna Love You.”  As a recording artist in his own right, Tebey has had three Top Five singles, and four Top 10s.

SOCAN welcomes Tebey back, and congratulates him on his great success! 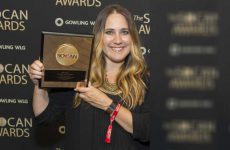 Dennis Ellsworth won both the Song and SOCAN Songwriter of the Year honours at the 2019 PEI Music Awards, on Jan. 27, 2019, at the Rodd Charlottetown Hotel. Both awards were in recognition of the excellence his song, “She’s Never Wrong.”

Besides Ellsworth, double-award honourees included Meaghan Blanchard and Rachel Beck, while Vishtèn and the East Pointers were the two big winners, taking home three trophies each. (Beck also earned a SOCAN No. 1 Song Award for “Reckless Heart” in 2018.)

For a complete list of winners, click here. SOCAN congratulates all of our award-winning members on this great achievement! 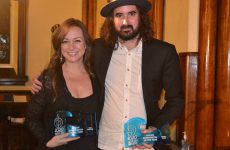 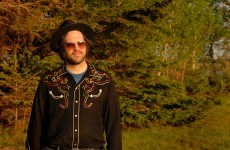 A ‘90s rock vibe album, then more focus on songwriting

From the 2018 SOCAN Awards, our members reveal their favourite songwriters, or best-loved songs, as we hear from Burton Cummings, Sarah McLachlan, Dear Rouge, Alysha Brilla, Murray McLauchlan, and Shawn Hook. The first answer might surprise you! 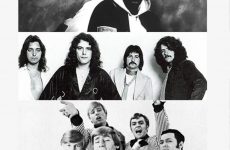 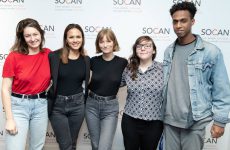