When Amin Bhatia released his 1987 debut album, The Interstellar Suite, his intent was to create a loyal tribute to orchestral music using analogue synthesizers exclusively. “I’m a sci-fi and 20th Century orchestral-music geek,” he says. “Tchaikovsky, Stravinsky, film composers John Williams and Jerry Goldsmith. My albums are an homage to that.”

Before then, Bhatia never imagined he’d make a living composing. “I was working as a radio producer, but after the album deal came along (brokered by Toto’s Steve Porcaro) I told my bosses, ‘Goodbye, I’m going to be a famous composer now.’” Unfortunately, owing to personnel changes at Cinema Records/Capitol, Bhatia couldn’t find a single familiar face at the label willing to promote it. “Six months later I said, ‘Can I have my job back, please?’”

Over time, however, the album gained a passionate following. Consequently, when the Toronto-based composer celebrates the record’s 25th anniversary with a new 5.1 surround sound remix later this year, he doesn’t intend to change a note. “Fans who’ve written to me have said, ‘Don’t change a thing,’” he says. In fact, when Bhatia released his follow-up, Virtuality (2008), and augmented his synthesizer tracks with acoustic orchestral instruments, some die-hards were upset, Bhatia explains, laughing. “They said, ‘How dare you bring in real players?’”

Ultimately, Bhatia has made a living in music; scoring the likes of Iron Eagle II and John Woo’s Once a Thief, winning multiple Gemini Awards, and garnering an Emmy nomination (with Ari Posner) for Disney’s Get Ed animated series.

Bhatia had no desire to leave Canada, but considered relocating to L.A. to further his career. “And then along came Flashpoint,” he says. Bhatia and co-composer Ari Posner have been scoring the groundbreaking CTV/CBS crime drama since 2008. Flashpoint’s score and theme have garnered the pair 2009 and 2010 Gemini nominations and two 2011 SOCAN Awards, for international and domestic film music.

“Ari’s the best collaborator I’ve ever had,” says Bhatia. “We each know how the other works. The thing I love about film and television music is that the story tells you what to do. When we sit down with the rough cut, we don’t know what our week will be like. That’s the joy – and the challenge.”
Although Bhatia works from Canada, after scoring Iron Eagle II (1988), his U.S. attorney recommended membership in BMI. In 2010, Bhatia finally made the move to SOCAN. “I’m an avid member of the Screen Composer’s Guild of Canada,” he says. “I’ve had a bird’s-eye view of what SOCAN is working on. Their emphasis on where copyright is going and philosophy of looking for fair ways to make it work just made sense to me. And, frankly, SOCAN answers my calls.”

Track Record
• Bhatia realized he wanted to work in film music after seeing Disney’s Fantasia at age eight and the original Planet of the Apes at age 11.
• He won the World Grand Prize at the Roland International Synthesizer Competition in Tokyo for two years running, in 1981 and 1982.
• As a synthesist, Bhatia has also worked on Michael Jackson’s Thriller (1982), David Foster’s The Best of Me (1983) and Toto’s Fahrenheit (1986). 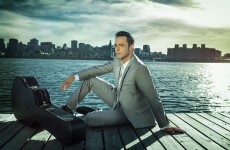 An artist who thrives on challenges. 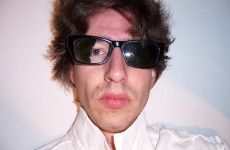 In the Spotlight: Paul J. Spence

The most famous person you’ve never heard of.

When deadmau5 became the first Canadian ever to headline Toronto’s Rogers Centre last November, he turned the dome from an unwelcoming concrete hangar into the perfect rave venue. It felt like a defining moment: electronic dance music had clearly gained a foothold in Canadian culture. Likely a number of mouse-eared-glowstick-wearing fans went home inspired, eager to try their hands at music production. After all, if a self-taught misfit rave kid from Niagara Falls could achieve so much on the strength of tracks created using readily-available software, why couldn’t they?

It may be even easier for deadmau5 followers to kick off their careers than, say, the 1970s generation of DIY punks who bought guitars after seeing The Sex Pistols. For one thing, according to Azari & III producer Alphonse “III” Lanza, some of today’s software has an exceptionally short learning curve. “If you want to learn to play guitar, you can hack your way through it, but it’s a 10 [or] 15-year process to get your own sound and really vibe. Kids these days would rather learn Ableton [Live]. After two nights you already have some kind of listenable product.”

And as Ableton and even easier-to-use software (e.g., FL, GarageBand) facilitates the means of production, demand is rising. “DJs need a new record every two minutes,” says Lanza. “As long as [your effort is] decent, someone will put it out. It’ll be on Beatport. Someone will play it.”

That said, a track thrown together after two days of practice probably won’t have staying power. Indeed, the 10-15 year process can also apply to electronic music, as Lanza and Christian “Azari” Farley have shown with Azari & III. While the band itself – which also includes singers Fritz Helder and Cedric Gasaida – dates back only to 2009, Farley and Lanza have been creating electronic music separately since the mid-‘90s. The quartet seductively streamlines house, ‘80s-inspired pop, and soul into a sound that’s lush but cool, dark but danceable. “We’ve been veterans in the scene in our own right,” says Farley. “We’ve paid our dues, and that helps you create. You have a nice library of sounds in the back of your head from different types of music.” It also helps broaden appeal: with a full release of their self-titled debut album on the way in North America, Azari & III have already achieved European stardom and, at press time, were being considered for an opening slot on Madonna’s upcoming tour.

Likewise, Edmonton’s Shout Out Out Out Out benefits from Nik Kozub’s lifelong familiarity with synthesizers. They were “always around,” he says, when he was growing up in the ‘80s and his father, Wilfred Kozub, was making electro-pop records with Wilfred N the Grown Men. He grew to love “manipulating voltage, creating sound with electricity, and having synths with a bunch of knobs on them.”
Like Lanza (a guitarist) and Farley (a drummer and percussionist), Kozub grew up playing a more “conventional” instrument, wielding a bass in punk bands and then in the indie rock trio Veal. Shout Out Out Out Out, with its four bassists and many analog keyboards, inventively combines his two musical loves.

He sings mainly through a vocoder – an instrument whose lineage includes Wendy Carlos’s 1971 Clockwork Orange soundtrack and Neil Young’s 1982 album Trans – to mask Kozub’s often personal, introspective lyrics (“I like the idea of someone spending the time to listen closely and figure out what I’m saying”) and help his vocals mesh with the band’s lush analog textures. He’s drawn to “playing somewhat energetic and fun music with a more serious lyrical base,” and by mining this complexity, the band has progressed beyond the highly-touted live act that was lumped into the mid-2000s “dance punk” scene. Kozub promises that the band’s third album, due this year, will be “a bit slower and a lot more melodic. It reflects my disinterest in just making something slamming. The songs are still energetic; there’s more to them than there was before.”

Complexity is also key to the music of ill.Gates, a.k.a. Dylan Lane, whose website bills him as a “glitch hop” artist but whose music encompasses varying styles, all of which are underpinned by heavy-duty bass. Over the phone from his San Francisco pad – the Ottawa native  divides his time between there and Toronto – he speaks about constantly questioning the “underlying assumptions” in his own work. “When things start feeling too formulaic or repetitive, it’s hard for people to feel spontaneous when they’re dancing. The element of surprise is so important.”

Lane’s parents bought him his first synthesizer – a Radio Shack-model Concertmate 800 – when he was seven, with a view to his learning to play piano. And yet, it was the four small yellow sampling pads above the keys that fascinated him. As he grew up, he came to feel that the sampler, as a technology, “needed” him: he wanted to be “involved in its infancy, helping to explore and define what that instrument is culturally.”

By 19, in 2001, he was releasing fairly commercial breakbeat-based productions as The Phat Conductor; in 2007, he adopted the moniker ill.Gates in conjunction with a change in his outlook. Since then, he’s forged a unique career that’s found him playing a record 21 sets in five days at last year’s edition of the renowned Burning Man Festival, filling dancefloors with collaborators from Toronto rapper Masia One to rising-star Kelownian dubstepper Datsik, playing the first-ever concert for the deaf, and even making ringtones in collaboration with his near-namesake’s company, Microsoft.

As he tours, Lane gives workshops on production and DJ-ing; this spring, he plans to launch an electronic artist-education website at ill-methodology.com. Despite electronic music software’s quick learning curve, it still helps to have someone guide you through its more arcane workings. Kozub, who teaches a music recording course at Edmonton’s McEwan University, has started incorporating electronic music production into his classes in response to a growing demand, and even deadmau5 has taken time out from touring to broadcast studio tips on his Ustream channel.

Perhaps the key to electronic music’s flourishing – not just as popular music, but as art – is the fact that its creators, sequestered as they may be in their home studios, are always collaborating. They swap tips, advise software developers, share bills, and send files back and forth to create tracks. The strong sense of community among producers across Canada and around the world continues to grow as boundaries between styles break down. Deadmau5’s Rogers Centre gig, for instance, featured opening sets by Crystal Castles (whose cult following grows internationally as their abrasive synth-pop becomes more melodic) and electro-house duo MSTRKRFT (who’ve remixed everyone from Kylie Minogue to The Yeah Yeah Yeahs). By working together and drawing on combined expertise, electronic dance artists can push innovation and keep their music fresh.

It was this very sentiment that spurred on the formation of Azari & III. Lanza compares their early days to “one of those post-apocalyptic movies where you make associates to get by. In a bleak world where nothing’s happening, you’re not too picky. It’s like, ‘Oh, I found someone else in this barren wasteland – doesn’t matter, white, black, gay – I’m just happy to see somebody.’ The musical landscape at the time was all tied to indie rock and harsh electro stuff; very few people had any interest in doing anything other. You just take what you can get. If these people are willing and talented, that should be better than giving into the current sound to fit in.” 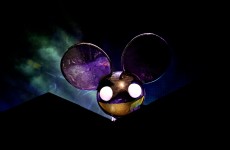 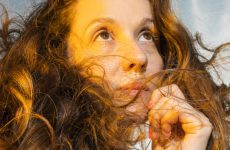 Jessy Lanza: Daring to be vulnerable

While adapting to the new reality of the pandemic 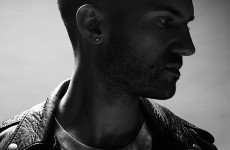