A full-length album has been years in the making for Toronto post-punk band FRIGS. The five-year-old act, who once went by the name Dirty Frigs, spent their early years brewing up a storm of noise in small venues like the recently-closed Silver Dollar. (The band credits the venue’s booker Dan Burke with helping to launch their career when they first moved to Toronto from Montréal.) With a couple of EPs under their belt, time finally came for a proper album last year, but the band was faced with a conundrum: How do they fuse their raucous past with a newer, more refined sound?

“While we were confident in the material we had, there was some concern about whether the songs produced from these two separate sessions could come together to form a unified work,” says guitarist Duncan Hay Jennings. He’s talking about piecing together songs recorded at their home studio in 2015-2016, and those captured in their time with producer Ian Gomes (Greys, Odonis Odonis) at Union Sound Company.

When FRIGS first started, they were buzzing with an untamed fervour for sludgy reverb and experimental sounds that drew comparisons to early Sonic Youth. But Jennings admits that the band began to expand their sonic interests, especially “exploring the use of tension a lot more than our previous records. It’s a big part of our live show – dissonance, drastic dynamic shifts – so naturally, it worked its way into the overall vibe of the album.”

That album, Basic Behaviour, found its balance through Holy F__k’s Graham Walsh, who mixed all the tracks. Says Jennings, “He did a wonderful job, providing the right amount of glue to piece it all together.”

Now that FRIGS can tick an album off their checklist, they’re already setting their sights on the next record, aiming to head back into the studio this summer. “We’ve already got roughly five or six songs finished for the next record,” says Jennings. “Almost all of them have been played regularly on tour, if not every night, so we’re feeling comfortable with them. We’re excited about the material and getting it down to tape.”

Rouyn-Noranda rapper and founder of the Disques 7ième Ciel imprint Steve Jolin has proven that you can become established in the rap world, even outside of major urban centres. After all, Jolin oversees the destiny of such big names in Québec rap as Koriass, Alaclair Ensemble, Brown and Fouki. Still, is till comes as a surprise to see a promising new Anglophone rapper emerge from Abitibi-Témiscamingue. For a few months now, the Rouyn-Noranda-born, Montréal-based 19-year-old Zach Zoya is increasingly the name they mention mentioned when people talk about the next big Québec thing.

Signed to 7ième Ciel, Zoya has been slowly and patiently releasing singles that garner more than enthusiastic reactions from the rap fans. His first, “Superficial,” has been streamed more than 230,000 times on Spotify, and his second, “Who Dat,” reached more than 100,000 streams in a month. Zoya has opened shows for Loud, Bigflo & Oli, and Alaclair Ensemble, and High Klassified featured his vocals on “1919,” the first single from his latest EP, launched a few weeks ago on the American label Fool’s Gold Records. Zoya is turning a lot of heads.

“I always try to slip in a few references to my hometown in my songs,” says Zoya, when asked about the influence of his native, rural area on his urban output. “They’re well hidden sometimes, but very present. I have to say, being one of the only Anglo rappers from Abitibi has allowed me to develop a unique style.” Said style sees him alternate between his distinctive rap flow and singing, and he creatively impressive, writing lots of super-catchy hooks, all of which has earned him high marks from Noisey, Exclaim and Complex.

Zoya makes no bones about his strong ambition. “I’ve always said that my goal with music is to reach the largest possible audience,” he says. “That means I’ve always set my goals on making it in Québec, but internationally as well. I want my music to be heard everywhere.”

We’ll have the chance to catch Zoya on countless summer stages this year, like the Festival d’Été de Québec, the Montréal Jazz Fest and FRIMAT, and more singles will surely be released, undoubtedly adding to the glowing reviews he’s already received.

In this day and age, the words “anonymous Twitter account” conjure all sorts of nefarious associations involving egg-avatar photo trolls and #fakenews-spewing spambots. But when Melissa MacMaster started surreptitiously posting about the Halifax hip-hop scene under the @902HipHop handle back in October of 2014, it was with the intent of mobilizing a community, not dividing it.

Most music-industry workers begin as fans first, before acquiring the business skills that allow them to transform their passion into a viable career. MacMaster took the opposite route. While working as a consultant at Nova Scotia’s Centre for Entrepeneurship, Education, and Development, the Antiginosh native partnered with a local not-for-profit youth organization to teach small-business skills to aspiring creatives. Though the program was open to everyone from visual artists to jewelry makers, MacMaster noticed something peculiar about the participants: the vast majority were hip-hop MCs or producers.

Despite having a deep history with rap music that dates back to the ‘80s, and despite producing the odd breakout star (Buck 65, Classified) in the ensuing years, Halifax has traditionally lacked the sort of centralized infrastructure that would both allow local artists to have sustainable careers and promote the scene internationally. MacMaster realized she had an opportunity to help build it. But there was just one problem with her plan: At the time, she knew absolutely nothing about Halifax hip-hop.

As she recalls, “Somebody said to me, ‘You have a lot of knowledge and you have a lot of business skills, but you don’t know anything about the music industry. Where’s your credibility when it comes to being an artist manager?’ But I fell in love with the hip-hop scene at the time, so I decided to start this Twitter account, @902HipHop, and really start going crazy, promoting everything that was going on locally in hip-hop. And that started a buzz: ‘Who is @902HipHop?’ ‘Did you see this on social media, they’re promoting our show!’ For six months, no one really knew who I was. I just hid behind this Twitter account, and then I started engaging and working more with artists. Quake Matthews became my first official client, and I transitioned into artist management.”

For the next two years, MacMaster hit the international conference circuit, partnering up with export programs that took 902 Hip Hop’s growing roster of artists to showcases everywhere from Utah to Europe. But the experience also clued her in to a pervasive problem in the hip-hop industry: the chronic logistical hurdles faced by music supervisors who want to license rap-oriented tracks to TV and film.

As MacMaster explains, “The main issue of placing hip-hop music is, there are often samples within the instrumental, or there are too many co-writers on the track, and the supervisors can’t get proper clearance. Or the artist doesn’t have any of the files! There might be a dope track, and I’ll be like, ‘I need those instrumentals to do a placement,’ and they’ll be like, ‘Oh, that’s a YouTube beat,’ or ‘I can’t reach that producer, I can’t get that file.’ I kept hearing about these issues over and over at music conferences around the world.”

But these were problems that 902 Hip Hop was in a unique position to remedy, thanks in large part to the geographically isolated – and therefore, tight-knit – nature of the local scene.

“I manage a number of Halifax hip-hop artists,” says MacMaster, “and I know that a majority of their music is being produced locally as well. So there’s no issue: I can call up Dylan Guthro, or whoever’s producing and ask, ‘Hey are there any samples on any of these tracks by Quake?’ No one else was really providing a one-stop shop for clearable hip-hop music… and that’s when the light bulb went on.”

The result of that eureka moment is now live at 902hiphop.sourceaudio.com, where music supervisors can easily access (as of this writing) a catalog of nearly 400 tracks by 12 different Nova Scotian artists, all cleared and ready to be licensed. The music can be searched according to criteria like BPM, genre, and mood, and many are available in instrumental and a cappella versions as well. The centralized database negates the need to trade files via Dropbox or Google Drive, while the intuitive user interface will minimize the amount of back-and-forth correspondence required to seal the deal. If a supervisor likes what they hear, they can just click “License Now” and away they go.

“This is what I actively do now on a daily basis,” MacMaster says of 902 Hip Hop’s licensing efforts, which, through a partnership with U.K. publishing house Split Music, recently landed a track by producer Matty Galaxy in a campaign for voice app Trainline, featuring renowned U.K. mock-MC Big Shaq. And given that the new site streamlines a lot of the administrative tasks involved with securing a placement, MacMaster can now focus more on building new relationships, be it with the show Atlanta, or in the actual city of Atlanta, where TV and film production is currently booming. But throughout 902 Hip Hop’s evolution from mysterious Twitter handle to music-licensing machine, MacMaster has stuck to the same guiding principle: just figure it out as you go.

“For the past year, it’s really been about building the catalogue for the site and being very diligent in working with music supervisors – because this was a whole new world for me,” she says. “I learned about artist management working with Quake, and now here’s another opportunity – something I knew nothing about, and now I’m learning all about it!” 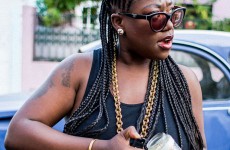 “All I want is to place Haitian music on a podium”