The first time I witnessed Patrick Watson live was in 2009, and I was wearing a Santa Claus suit.
It was just on the cusp of Christmas, and Watson, plying me with one too many Jameson’s Irish whiskeys the previous night, duped me into introducing his band in full Saint Nick garb before their hometown Christmas show at Montreal’s Metropolis club. Until then, Watson was merely a good drinking buddy (still is), but I had heard nary a tickling of his ivories or a peep of his careening falsetto.

That night, he completely blindsided me with unwavering confidence, swelling drama and a sense of panoramic beauty and hushed intimacy that cascaded all the way to the back of the hall. Watson and his musical cohorts possessed the power to hold each member of the audience in a tight grip, and reduced even the most callous among them to a shimmering puddle.

“We wanted to just make a record that gives people goose bumps .”

I delved into his discography shortly afterwards, but none of his previous releases could match the urgency of what Watson and his band managed to stir up in a live setting.

Not to say that the group’s talent wasn’t squeezed into the grooves; one need look no further than 2007’s Polaris Prize winner Close To Paradise or 2009’s Polaris short-listed Wooden Arms for proof. But there remained a live/studio gulf. Flash forward to the three years later, and his current record Adventures in Your Own Backyard bridges the divide.

“It was coming up on our fourth record, and I knew it was going to be a pretty important record for us” says Watson. “We’ve never really succeeded in capturing the excitement of our live show in the studio, and that was a challenge to us this time. We wanted to just make a record that gives people goosebumps, and that’s it.”

“This time I wanted words that people could touch, and to give everyday people adventures.”

Adventures in Your Own Backyard lives up to that promise. The album has a sense of immediacy, but its musical arc is cleverly crafted. From the lulling opening of “Lighthouse,” to the catchy “Into Giants” and “Blackwind,” to the Angelo Badalamenti-styled instrumental finale “Swimming Pools, ” it is indeed a musical adventure. The characters in Watson’s songs are fleshed out and sympathetic, inviting listeners along for the journey.

“I’m not a great lyricist by any stretch of the imagination, and for me [lyrics are] easily the hardest thing to write, ” says Watson. “But this time I wanted words that people could touch, and to give everyday people adventures they could actually go on. I’m not really that interested in writing about myself. When I hear songwriters telling stories about other people, while still keeping it personal, I tend to feel it’s a bit more interesting and less annoying.”

Although it’s Watson’s name that shines on the marquee, the input from his band – including guitarist Simon Angell, drummer Robbie Kuster and bassist Mishka Stein – has proven invaluable. Angell, Kuster and Stein co-write the songs, know their places within them, and know when to come to the forefront and leave their mark. Friends since they all attended the same music school, the band lineup has never wavered since its inception more than a decade ago. Watson is quick to point out that his music is hardly a solo project, and though he’s arguably the chief musical motivator, the song’s final form is shaped by eight hands.

“There’s this misconception that this band is a singer-songwriter thing, and that really bugs me,” he says. “It’s really important to us that everybody can make a musical contribution in the band. At the end of a record we can only pick 12 songs that are our best to offer people, and at that point it doesn’t matter who came up with the original musical ideas.

“It really makes me proud that it’s still all of the same members in the band as when we started. We do a lot of touring together but we can usually get up to at least one adventure that will make us all laugh as friends, as opposed to bandmates. We’ve always kept that spirit and I think that’s why it’s worked for so long.” 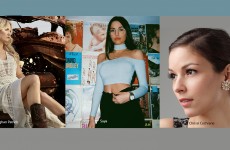 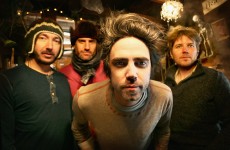 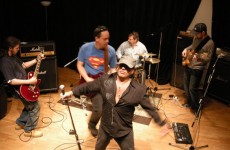 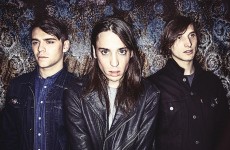 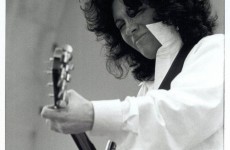 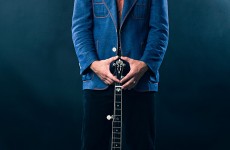 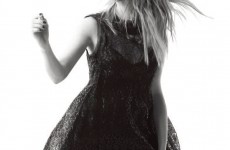