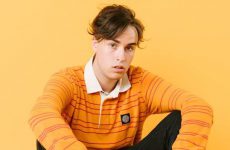 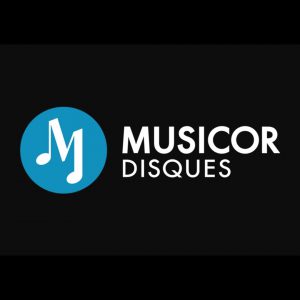 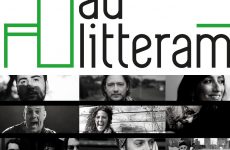 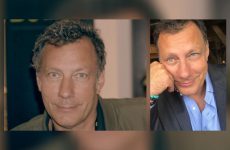 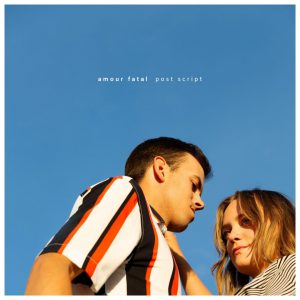 Amour fatal, released April 14, 2021, is their first exclusively French EP since the three songs they released in 2013. Since they started, they’ve released a bilingual album in 2015, French singles, and then an English EP in 2019. The Franco-Albertan duo Post Script crafts melodies that are at ease in any language. Instead of wallowing in their “isolation,” Paul Cournoyer and Steph Blais embrace what makes them unique, and they’re willing to play all the cards as long as the music is in the deck.

Being part of the cultural scene in Alberta is akin to being the member of a small family. “I grew up in a Francophone family,” says Blais. “Every year, my aunt would give a show for the Francophones in the area. That’s how I got into music. Schools are very involved in music programs, too. It’s nice to see that, even though there aren’t many of us, there’s a core group that produces new material and wants it to last.”

“There are people who’ve inspired us,” adds Cournoyer. “We’ve also had [the] examples [of musicians] that showed us we can sing in both languages. For our show requests, it’s more appropriate sometimes to play in English, but we have everything we need to play both cards.”

Building a network is where the going gets tough. “There’s an interesting summer festival scene in Alberta, but we don’t have a network of venues like ROSEQ in Québec,” says Cournoyer. “It’s impressive to see what opportunities artists have there.” With a smaller population, even if they’re performing in English, the venues are fewer and further between. “We don’t really have medium-sized venues,” adds Blais. “We either play for 50 people, or in a stadium. Except in Edmonton and Calgary, there’s no music industry to speak of, no record labels, except for Anglophone country music.” “It could be worse, but it’s far from perfect,” concludes Cournoyer.

Even though they’ve been making music for many years, Cournoyer and Blais are still happy to embody the emerging music of the West, aware that the opportunities are less tangible there. “On ‘Avec toi,’ by the way, we talk about when there were four of us in a hotel room touring. Being [an] emerging [artist] isn’t always easy,” says Cournoyer with a chuckle.

The words and the music are born at the same time for the duo, regardless of the language in which they write. “We’re really the type to focus on the melody. It’s a collaborative process. We often complement each other’s ideas,”  says Cournoyer. It was then a creative choice to go to Moncton to record the EP with Benoit Morier. “He’s from Winnipeg and truly a passionate guy,” says Cournoyer. “We wanted to re-invent our arrangements and take our indie-rock and surf-rock to the next level. Maxime Gosselin, who also plays with Lisa LeBlanc, worked with us. We really gained a lot of cohesiveness by working with those guys.”

Whereas Louis-Jean Cormier, Jimmy Hunt, Chocolat, and Peter Peter are among Cournoyer’s inspirations, it’s the voices of Coeur de pirate, Safia Nolin, and Les sœurs Boulay that influence Blais more. No matter the case, their Francophone musical inspiration is rooted in Eastern Canada. The duo elected to wait out the pandemic before releasing the songs they already had in their back pockets. “We felt like releasing something in French, since we’d already released an all-English EP,” Cournoyer explains. “Releasing something entirely in French or English simplifies things on the human resources side of things. Promoting a bilingual album isn’t easy.”

Life on the road, long-distance love, and opposing schedules are among the topics that inspired the couple for this EP. Although written before the pandemic, “Échos” shackles us to our hopes for better days, with phrases that fit beautifully into the times: “Je m’étouffe sous le poids de mes attentes” (“I’m smothered by the weight of my expectations”), “Est-ce une fin que je vois à l’horizon?” (“Is that an end I see on the horizon?”). “Si j’te disais” is a glance at the voices of a couple separated by distance, of a love that’s on hold, and holding on, despite that distance.

They miss touring, but the duo have rehearsed, and they’re ready for what’s to come. “Luckily, we’re a couple, so we were able to play together,” chuckles Blais. “We’re on a creative kick, both in French and English, and we really think that regaining a sense of community, after the pandemic, is just going to grow our desire to make music for people, in front of people.” 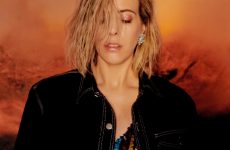 From the comfort of YouTube to the challenge of playing live

In the Spotlight: Jordan Hébert 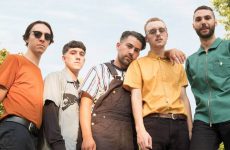