Alannah Myles’ Billboard No. 1 song from the 1990s, “Black Velvet,” will be inducted into the Canadian Songwriters Hall Of Fame on June 10, 2021, with an exclusive video performance by the song’s co-writer Christopher Ward, alongside Serena Ryder and Damhnait Doyle, on Global TV’s The Morning Show. Both Ward and co-writer David Tyson will be virtually presented with the induction of the song, which they created specifically for Myles.

“Having Black Velvet inducted into the Canadian Songwriters Hall of Fame is an incredible honour and a testament to the power of a song. I continue to be amazed at how many lives it has touched,” says Ward.

“We’re thrilled that Damhnait and Serena are lending their incredible talents to join Christopher in paying tribute to an incredible hit that has transcended time and genre,” said Vanessa Thomas, CSHF executive director. “‘Black Velvet’ is an example of songwriting at its very best, and Alannah’s sultry vocals took Christopher and David’s Memphis-inspired song to the next level, where one can actually feel the heat.”

The idea for “Black Velvet” was sparked by a trip to Memphis a few years prior, for the 10th anniversary of Elvis’s death. Ward, a renowned MuchMusic VJ at the time, was on a music assignment with a group of Elvis fans and was inspired to write a song that evoked the passion he witnessed. As Ward recalls, during the songwriting process, “for me, every song has a key line that unlocks the rest of it. With ‘Black Velvet,’ it was, ‘a new religion that’ll bring you to your knees.’ That new religion was rock ‘n’ roll.”

Myles put her stamp on the song with distinctive, raw, and gritty vocals that were powerful, yet at times soft and playful. Released in July 1989, the song quickly skyrocketed up the charts, reaching No. 1 on the Cashbox chart, Billboard’s Hot 100, then mainstream rock charts by early 1990. The album sold 1.2 million copies in Canada, making Myles the first female artist to achieve Diamond status in Canada. The song swept the 1990 JUNO Awards, garnering Tyson and Ward the Composer of the Year honour. Myles’s recording won the 1990 Grammy Award for Best Female Rock Vocal Performance, topping heavyweight nominees, including Janet Jackson and Tina Turner.

“Black Velvet” was declared a SOCAN Classic in 2004 and became a blockbuster mega-hit – one of the most-requested songs on radio. It has since been widely covered, by the likes of Kelly Clarkson, Melissa Etheridge, Cali Tucker, JUNO winner Meghan Patrick, and others. It continues to reach new audiences today, with more than 150 million streams on Spotify. More than 30 years after its release, Ward has recorded his own version of “Black Velvet” in a new, self-penned, and deeply introspective album, Same River Twice, released May 28, 2021. 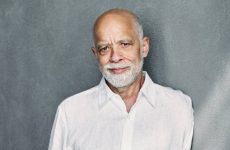 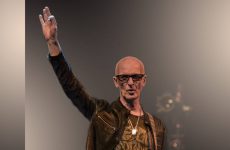 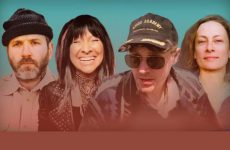 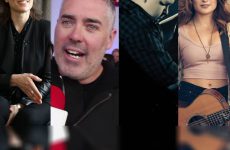 The Toronto Symphony Orchestra (TSO), a leading Canadian orchestra, has earned the 2021 SOCAN Licensed To Play Award for its steadfast and continuing commitment to fair, legal, and ethical music licensing over its nearly century-long history – including 2020, when the world was faced with the global pandemic. The annual accolade is part of the 32nd annual SOCAN Awards, held virtually for the second time, starting May 27, 2021.

The TSO’s vibrant music programming and music-related initiatives encompass internationally recognized composers and music creators, including many SOCAN composer members. Each year, the TSO’s SOCAN-licensed events set the stage for many orchestral and popular concerts where music is heard and performed, and in 2020 the TSO innovated with online performances, each adhering to fair music licensing.

“We’re very proud to receive the Licensed To Play SOCAN Award,” said Toronto Symphony Orchestra CEO Matthew Loden. “We continue to program rich and diverse music artists, including composers who evolve our art form. The TSO’s Principal Librarian Gary Corrin has been unwavering in his commitment to composers, and our relationship with SOCAN – it’s one more way we can support the artists with whom we work.”

The Licensed To Play award recognizes a Canadian business that consistently ensures it is legally and ethically using music, and represents the mutual respect that music creators and businesses have for each other, allowing them both to continue to grow together.

“The TSO’s outstanding reputation of ethical and fair music licensing is an example of their sustained commitment to composers and music creators, and just one of the reasons they remain a leader in the orchestral world,” said Ian Cusson, Canadian composer, and recipient of the 2021 Jan V. Matejcek New Classical Music SOCAN Award.

The TSO’s focus on digital performances during the pandemic encompassed SOCAN-licensed programming, including their TSO On Demand and Live-stream series. “This award recognizes that the TSO continues to program extraordinary musical talent, both in-person and digitally, with fair compensation,” said SOCAN Vice President of Royalty Collections, Kit Wheeler. “It’s an honour for SOCAN to continue our great partnership with the Toronto Symphony Orchestra on behalf of our more than 175,000 songwriters, composers, and music publishers.”

SOCAN works with businesses and their trade associations, as well as municipalities and others, to encourage them to stay up-to-date with their music licenses. Collectively, music licensing provides a major part of the livelihoods of songwriters, composers, and music publishers, through royalties. It’s a vital aspect of Canada’s music ecosystem.

The 2021 SOCAN Awards will be the second year that the annual event is being held online due to pandemic safeguards. On May 27, more than 50 SOCAN awards will be presented to the year’s most successful music creators and publishers in an event that’s often cited as a crowning achievement in the careers of songwriters, composers, and music publishers.

Learn more about the SOCAN Awards at SocanAwards.com. 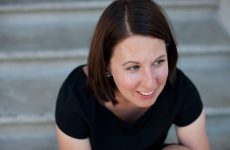 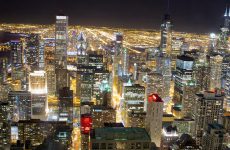