SOCAN Songwriting Prize 2019 winners Grandson (aka Jordan Benjamin) and co-writer Chester Krupa Carbone dropped by SOCAN’s Toronto offices on Aug. 7, 2019, to receive their prizes – a SOCAN cheque for $10,000, a Yamaha PSR-S970 keyboard, and a $500 gift card from musical instrument retailer Long & McQuade – for co-writing the winning song, “Blood/Water” along with Kevin Hissink (BUMA), who was unable to attend.

Accompanied by his touring guitarist Ramón Blanco, Grandson – who writes songs from a very strong social, political, and moral viewpoint – played a powerful, authentic, three-song acoustic SOCAN Session in the Harmony Lounge at our Toronto office. The songs were “Despicable,” “Apologize,” and the prize-winning “Blood/Water,” an intense anti-climate-catastrophe screed, featuring lines like, “The price of your greed is your son and your daughter,” and “You poisoned me for just another dollar in your pocket.”

As befits a purveyor of social comment, Grandson wore a T-shirt shouting out the mostly low-income, downtown West-end Toronto neighbourhood of Parkdale. The surprisingly charming and good-humoured singer-songwriter talked about his often lengthy song-creating process with Krupa and Hissink; how he was so grateful to be able to make music for a living, to SOCAN for the prize and other support, and to all of the collaborators and supporters on his team; and how at least some of the prize money will be donated to his XX Resistance Fund, which funds organizations that help young people across America to empower themselves to create positive change (especially among his fanbase of “grand-kids”).

After receiving their awards, Grandson and Krupa sat for a SOCAN video interview, so stay tuned here at www.socanmagazine.ca for that.

The winning song of the equivalent 2019 Francophone prize, the Prix de la chanson SOCAN, was “On fouette,” written by Teddy Laguerre, Shawn Volcy, Marc Casseus, and Vladimi Methelus, and performed by Tizzo, featuring Shreez and Soft.

The SOCAN Foundation invites emerging music creators (songwriters, producers, and composers) over the age of 18 to apply now to the Incubator for Creative Entrepreneurship (sponsored by TD), a program that provides them with seed funding, mentorship, and the opportunity to participate in a progressive webinar series that will hone their skills of entrepreneurship, while providing them with the tools and resources needed to turn their talent into a sustainable career.

For more information about the program and to apply, please visit www.creativeincubator.ca. The deadline to apply is Sept. 7, 2019, at 11:59 p.m. ET.

“The Incubator for Creative Entrepreneurship is designed to foster high-potential music creators, and to help them evolve their passion and talent into a sustainable career,” said Charlie Wall-Andrews, Executive Director of the SOCAN Foundation.

The program is made possible with the generous support of TD.  “Music has the power to strengthen communities by connecting people.,” said Valerie Picher, Associate Vice-President, Community Relations at TD Bank Group. “This program empowers music creators from all backgrounds to develop the necessary skills to enhance music creation and sharpen their entrepreneurial abilities, so music continues to enrich our lives in a sustainable way.” 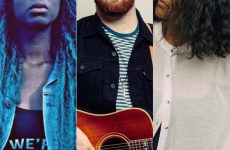