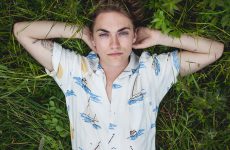 SOCAN, on behalf of SODRAC members and clients, is finally able to collect for the reproduction of music on CBC television broadcasts.

The Copyright Board of Canada ruled on the re-examination of its 2012 decision on the value of those music reproductions. SODRAC – the reproduction rights collective that SOCAN acquired in 2018 – successfully defended the 2012 ruling. That judgment ensured that associated royalties would be delivered to the music publishers, composers, and songwriters who rightfully earned them from the use of copies of their work.

The result was a ruling in favour of rights-holders, awarding $1.5-million in 2008-2012 licenses. The final decision on the amount for the period 2012-2018 is still to be issued by the Copyright Board.

This decision has ongoing incremental value for music reproduction rights-holders. Now that a definitive value has been set, SOCAN will begin negotiations with additional Canadian broadcasters that require a license to use broadcast incidental copies of copyright music. SOCAN had already reached television reproduction agreements with Québec-based broadcasters and several English-speaking Bell and Corus channels.

Félix Dyotte, winner of the 15th edition of the Prix de la chanson SOCAN, was handed the traditional giant cheque, a cash prize of $5,000, after a busy week in the media alongside Évelyne Brochu. The song “Maintenant ou jamais” was chosen as the winning song by a public vote during this most prestigious contest, where emerging Canadian songwriting talents vie for the prize.

The cheque handout took place after the taping of SRC’s evening TV show Bonsoir Bonsoir! during which Dyotte and Brochu sang their winning song. SOCAN Chief Visual Arts and Québec Affairs Officer Geneviève Côté was pleased to award him the prize in person. The show will air on Aug. 11 at 9:00 p.m. ET. The singer and songwriter will also be interviewed on André Robitaille’s ICI Première show, Pétillant et corsé, on Friday, Aug. 14, at 1:00 p.m. ET.

In addition to his cash prize, Dyotte also won a Yamaha keyboard and a $500 gift card from Long & McQuade.

SOCAN congratulates Félix Dyotte for this well-deserved victory that celebrates his songwriting talent.