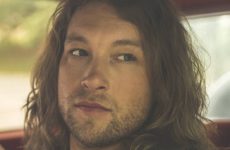 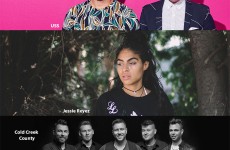 SOCAN is thrilled that SOCAN Foundation Executive Director Charlie Wall-Andrews has been named to the 2021 Canada’s Most Powerful Women: Top 100 Award Winners list, released by the Women’s Executive Network on October 25th, recognizing 100 outstanding women across Canada who advocate for workforce diversity and inspire tomorrow’s leaders.

“We’re so proud to have Charlie leading the SOCAN Foundation,” said SOCAN CEO Jennifer Brown. “Her work for music creators and, of course, her advocacy and education efforts for workforce equity and diversity are exemplary and inspirational to all of us.”

As head of the SOCAN Foundation, Wall-Andrews’ work has helped countless artists turn their passion and talent into sustainable careers. Among her accomplishments are creating programs like the HER Music Award and Equity X Production, which promote more women and gender minorities in music, and partnering with the Indigenous Music Awards to create the Indigenous Songwriter Award and SIRIUS XM to create the Young Canadian Songwriter Award, which gives $5,000 prizes annually to five young emerging songwriters across the country.

Wall-Andrews is a faculty member at the University of Toronto, and a Ph.D. candidate at the Ted Rogers School of Management. She specializes in strategy, innovation, and entrepreneurship, and serves on the Board of Directors of WorkInCulture and TELUS Community Investment Board, and she is the inaugural Vice-Chair of Music Canada’s Advisory Council.

“To be celebrated among leaders dedicated to making an impact in their respective communities is empowering,” said Charlie. “The cultural, economic, and social output of the creative industries is important. Nonetheless, while progress has been made to build a more inclusive sector, the creative industries continue to be fuelled with barriers and challenges for women and gender-diverse people, as well as Indigenous, Black, and racialized people, often heightened for people who may have intersecting identities. There is significant work required to challenge the status quo.”

The Canada’s Most Powerful Women: Top 100 Awards span the private, public, and not-for-profit sectors, with the winners selected by WXN’s Diversity Council of Canada.

Congratulations to Charlie Wall-Andrews on this great achievement!