Everyone can be a Shirley! This isn’t a personal opinion; it comes straight from the mouth of trio Les Shirley, who’ve been together for nearly five years. Raphaëlle Chouinard (voice, guitar), Sarah Dion (bass), and Lisandre Bourdages (drums) are a band we’d all love to be in. The condition to be admitted? “Be a good friend.” Following Forever is Now (2021), their current LP More is More (released in October2022) shows a deep desire to give more. Good thing is, we always want more.

“We wrote ‘Nothing Compares’ on our first day in the studio. The song is three minutes long and it took us nine minutes to record it,” says Chouinard. At the time, Les Shirley had just returned from a major European tour during which Agathe Dupéré (pataugeoire) had replaced Sarah Dion on bass. Dion had to let her “baby” go without her, because she was also required to go on tour with NOBRO in Western Canada to support Billy Talent. Bourdages also had to find a replacement in NOBRO, of which she’s also a member.

“Everybody had just returned from two to three very intense weeks. A lot of stuff happened, and we had to cross a few T’s and dot a few I’s. We talked about it all, and the song was created in a river of tears,” Dion recalls, laughing wholeheartedly alongside her two accomplices. “It felt good!”

As the band’s lyricist, Chouinard feels like she’s experiencing a paradigm shift that’s taking her back to her first song lyrics with the band Syzzors.

“Back then, it was ultra-personal,” she says. “I wrote about relationships, and certain types of addiction. So, when we started playing with Les Shirley, I felt like writing about futile stuff. And then the pandemic brought about a lot of introspection for everyone. I needed that deepness to re-surface, so I wrote about solitude and emotional rollercoasters.”

Les Shirley first thought of Marie-Pierre Arthur to co-produce More is More with them. Then they ghosted her, as they remember while giggling, to try their luck with an American producer. Then they did an about-face, and begged Arthur – “the ultimate Shirley” – to get on board. “We love her to death. We’re fans,” says Dion. “We knew that she was good, but her music expertise is really hard to explain, she’s just incredible.”

As for Chouinard, she admires Arthur’s skills as a teacher. “Our demos were very finished, and her fresh ears helped us change the structures since she wasn’t attached to those songs yet,” she says. “The vocal sessions were quite esoteric. Ryan Battistuzzi [their sound engineer] would tweak my accent, while Marie-Pierre asked me to change the intent. She’d give me instructions like, ‘you have to dig,’ or ‘this song passage has to be a cone.’ But even though it looked off-the-wall, she made me understand stuff. I would come out of those sessions completely dishevelled.”

“Seriously, it looked like she’d been in a tsunami,” Dion adds. In the end, working with an authority on music such as Arthur “was the best decision we could make,” Bourdages says unequivocally. “And whether or not that makes our album a women power project, we picked her because she’s the best, not because she’s a woman.”

This feminine power is hard to ignore, and frankly, it’s simply power. Montréal’s Fairmount Theatre shook during their release party. There were wooden flames framing the trio, accompanied by four other musicians for the occasion, including Arthur. “When one of us tries to do one of Marie-Pierre’s parts during a show, we take the full measure of how much we’ve been coached by someone who’s talented, because it’s always difficult,” laughs Bourdages. “It’s direct, it’s straightforward, and it’s always on point.”

You’ll definitely feel better if you sing along to the entire album, no matter what your troubles are. The voices of the three Shirleys – which blend together several times to generate a power harmony both on the recording and onstage – is a breath of life, a necessary energy.

“Maybe it’s the energy of despair, Chouinard suggests, “a way to scream out that the pandemic was quite rocky, but we got through it.” “We’ve played a lot of shows since the first album and it gave us the confidence to allow ourselves to sing together in harmony,” adds Dion. “We know nothing is easy,” Bourdages jumps in, “and maybe it’s by screaming it all together that we’ll finally jump to the other side of the tough part.” See you on the other side! 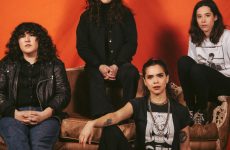 NOBRO: As if the world no longer existed

“Rock is a way of life. When you love it, you play it, no matter what the conditions are!” 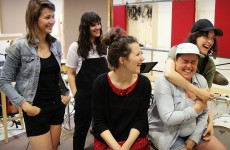 It’s safe to assume that few artists appreciate the benefits of home recording more than Tlicho singer-songwriter Digawolf (born Jesse James Yatlayi). Deeply committed to remaining in his hometown of Yellowknife, NWT, the double JUNO Award nominee is keenly aware of the logistical and fiscal challenges of having to travel far afield to make an album.

The making of his 2009 LP Distant Morning Star entailed a lengthy stay in a Toronto studio, and 2019’s full-length Yellowstone – that earned him a JUNO nomination for Indigenous Artist or Group of the Year – was recorded in a barn in Denmark.

The just-released album Ini was primarily recorded in the basement studio of Digawolf’s home in the far North, reflecting his increased proficiency in DIY recording techniques. “There aren’t a lot of options when it comes to the North,” he says. “You have to wear many hats here. You can’t just call up a producer, engineer, or songwriter, and there aren’t many available musicians here, either.”

The project initially started as a collaboration with Toronto-based producer/DJ Jason Spanu. “The idea was to explore ideas and run them off each other, co-producing the full album,” says Digawolf. “We worked together on the tracks ‘Seiga Dahte’ and ‘Ehtsee,’ but then I kept working on the other tracks, using techniques Jason showed me for using Ableton [a digital audio workstation].”

Ini features adventurous, atmospheric sonic explorations, and songs that reflect upon Digawolf’s experience of living and working in Yellowknife. All of them are written in Tlicho, the language he spoke growing up in Behchoko, the capital of the Tlicho nation in Nunavut. “Part of me is really honoured that I can still speak the language, as I know there are many people losing their languages,” he says.

The ambience of the album evokes his surroundings. “The idea of trying to capture the essence of the North is something I always strive for, and hopefully I succeed from time to time,” says Digawolf. “I started off as a cartoonist and painter, and I still keep the paintbrush in the back of my head. I feel as if I still paint, but with audio now.”

Digawolf credits the classic Tom Waits album Rain Dogs for changing his life early on. “I was maybe 12 when I rescued that CD from the garbage,” he says. “Someone here was throwing it out, as he thought Tom sounded like the Cookie Monster, but I listened to it like crazy. I have five older brothers, and growing up I always followed what they were listening to. With Tom Waits, I finally found my own music. I still have to listen to that album when I’m starting a new project.”

Digawolf’s gruff voice and spoken-word vocal style often elicit comparisons to the likes of Waits, Leonard Cohen, and Robbie Robertson, while reference points for his sonically manipulated guitars include Daniel Lanois and Robert Fripp. Citing the former as a real inspiration, Digawolf expresses a desire to work with Lanois in the future.

Doubtless Lanois would be intrigued by Digawolf’s penchant for sonic experimentation with the guitar. “That was my first instrument, and I still love exploring new ideas and sounds on the guitar,” he says. “Trying to find the latest guitar pedal is rather an insane obsession. Right now I’m into the lap steel, using an e-bow on it with two fuzz pedals and using delay. You can hear that on [new track] ‘Ini.’”

Despite the challenges of life in the North, Digawolf is proud that he works on his home turf. “A long time ago, I thought about moving South, but the North is my home,” he says. “It’s a wonderful thing to be doing something you love, and be at home.” 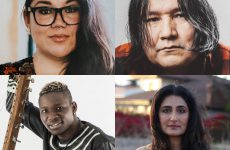 From Nov. 12 -15, 2022, the Association des professionnels de l’édition musicale (APEM), in collaboration with the Chambre Syndicale De l’Édition Musicale (CSDEM), hosted six songwriters from Canada and six from France for a songwriting camp at Planet Studio in Montréal. Groups of three were created each morning, and each group created one song every day. The camp concluded with a listening session of all the songs that were created during this collaborative effort. Meetings between music publishers also took place on the sidelines of the camp, just before the 2022 M for Montréal Festival kicked off. The SOCAN Foundation, as well as SODEC, Musicaction, and the Consulate General of France in Québec, participated financially to support the camp, which focused on pop and urban music. 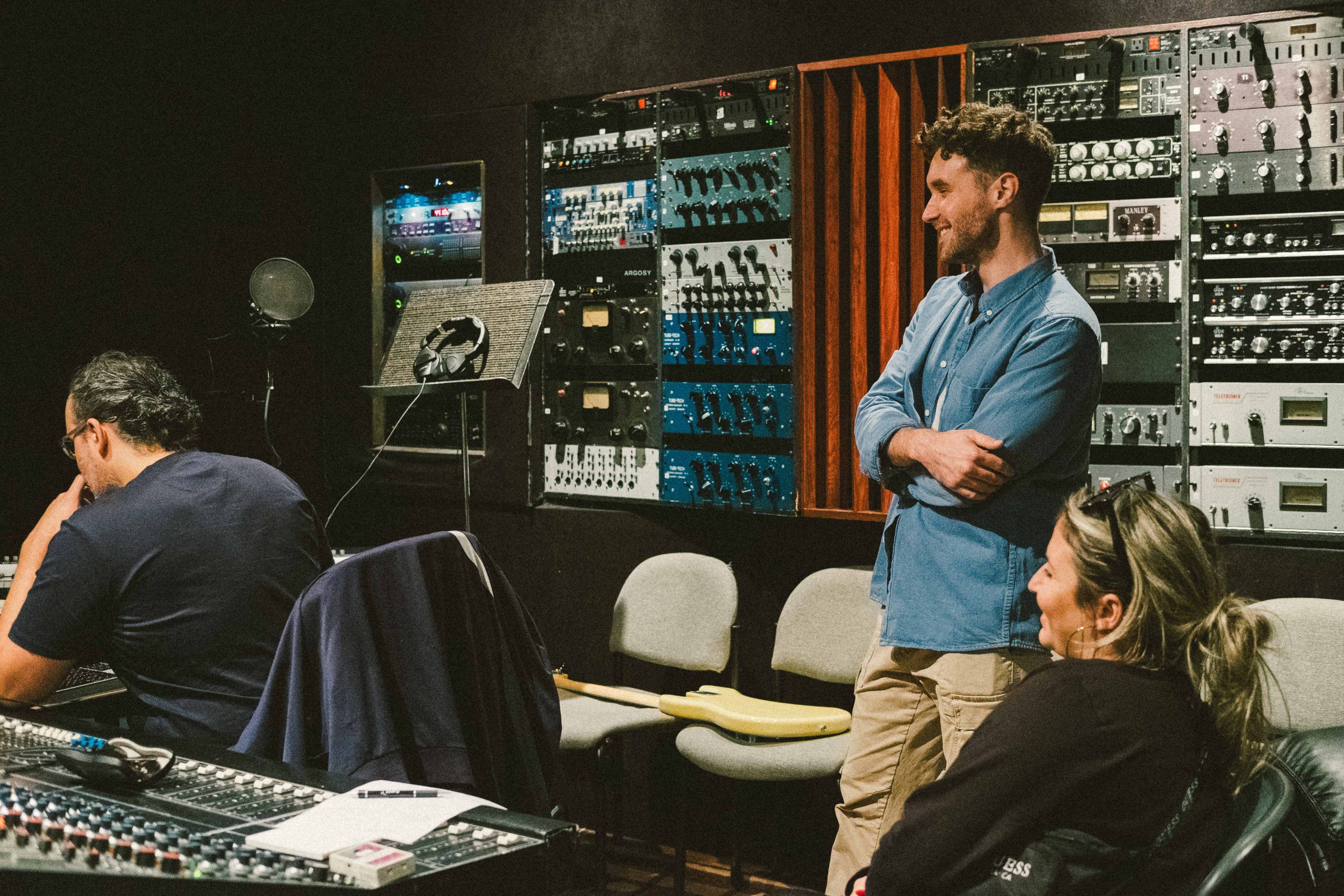 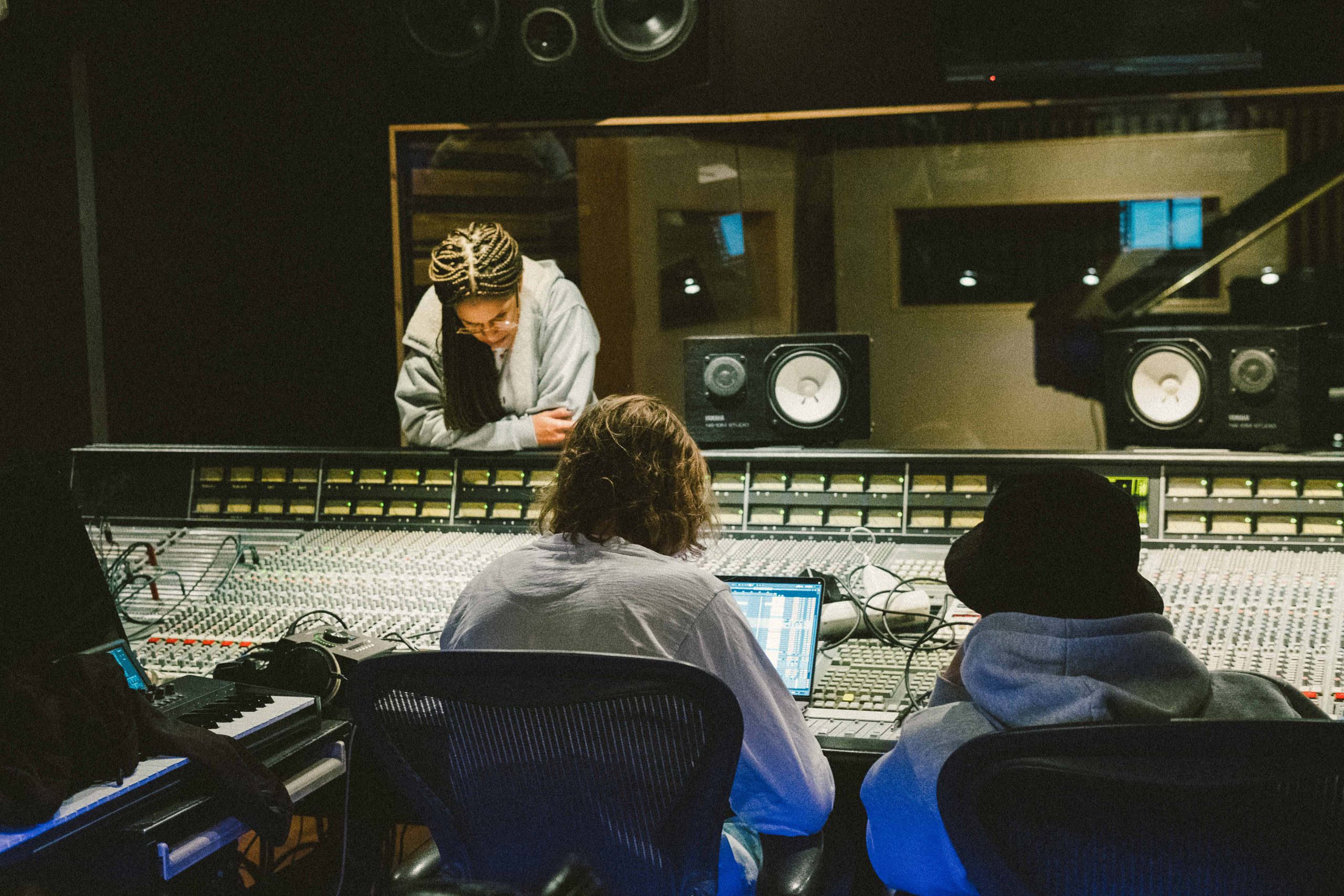 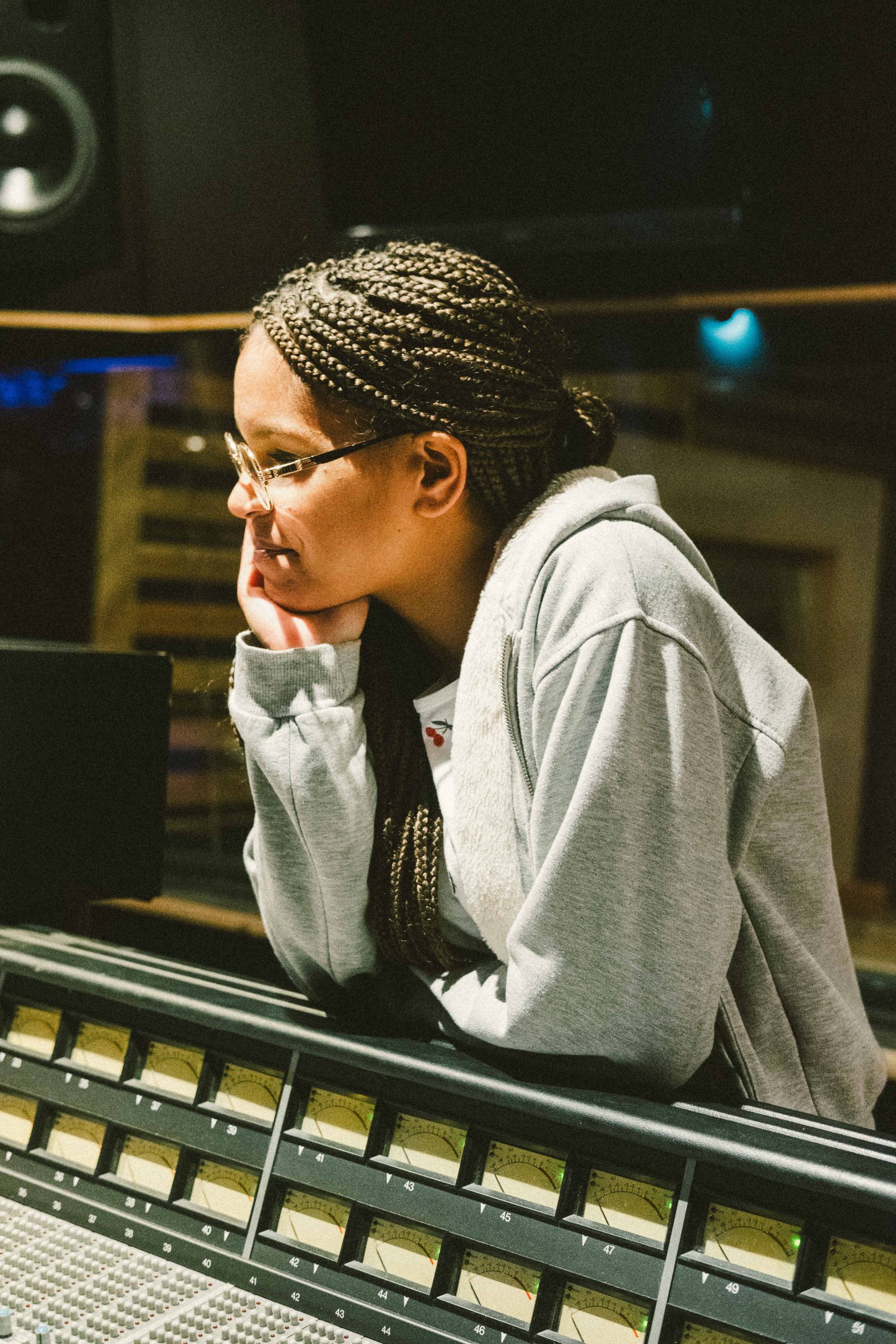 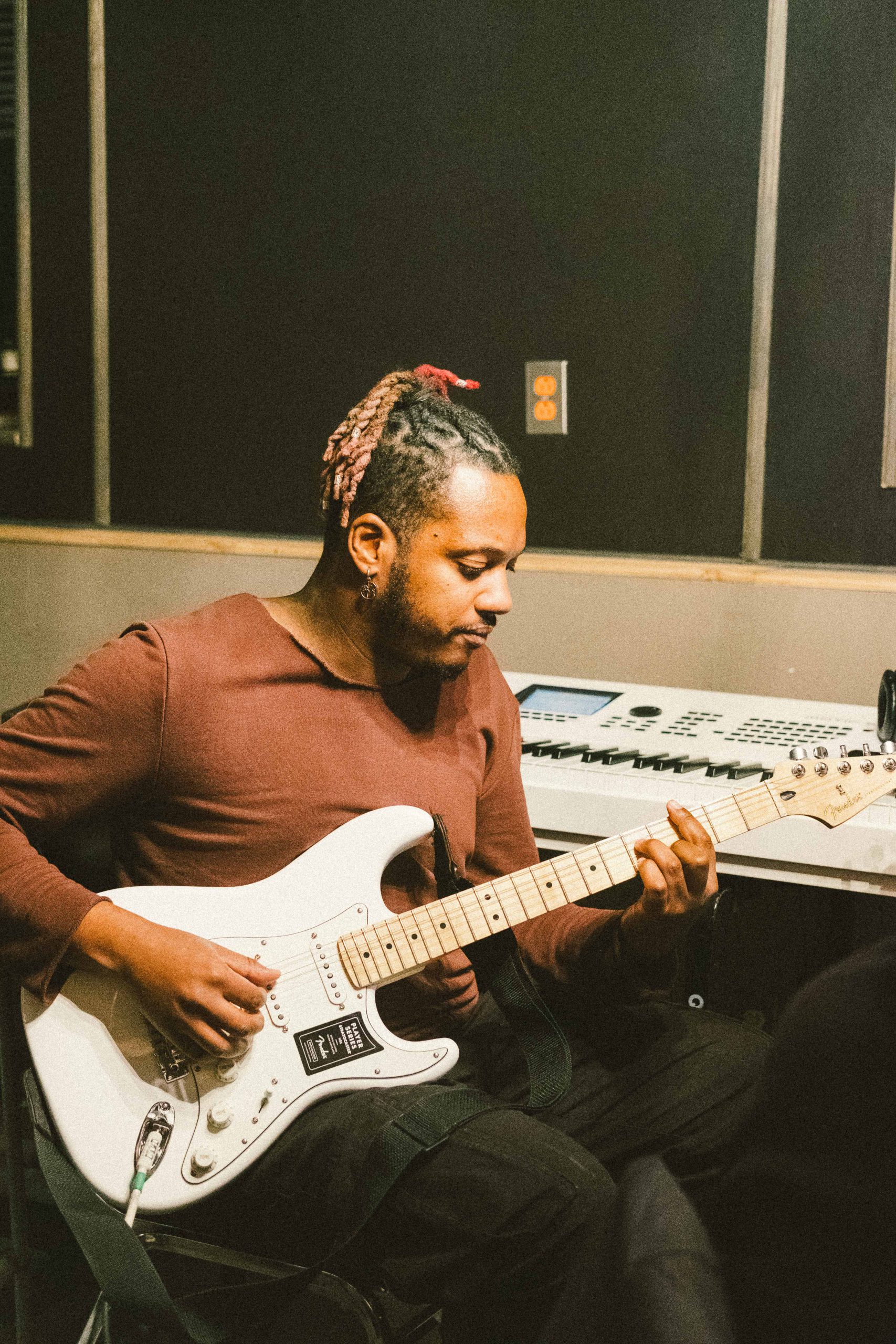 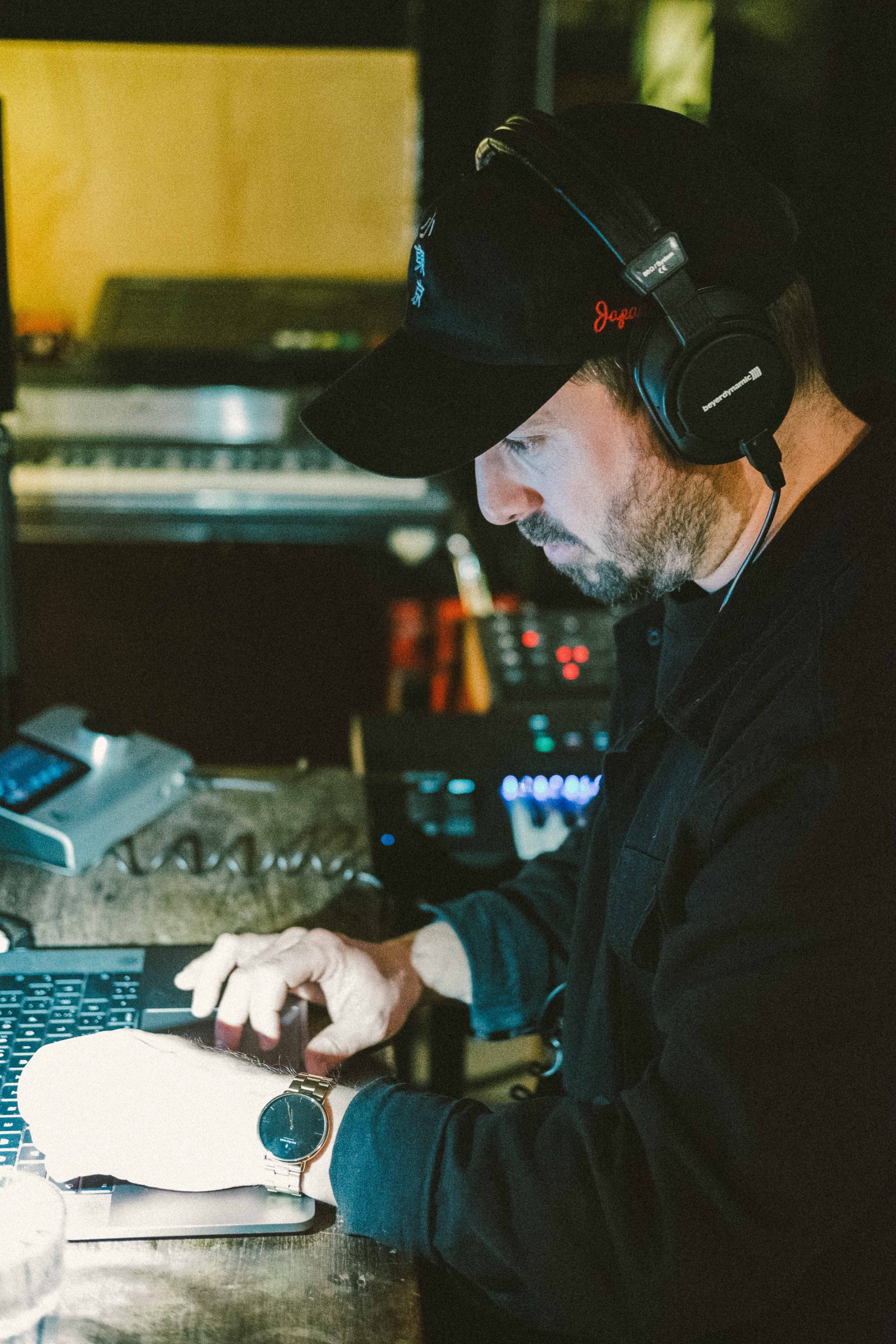 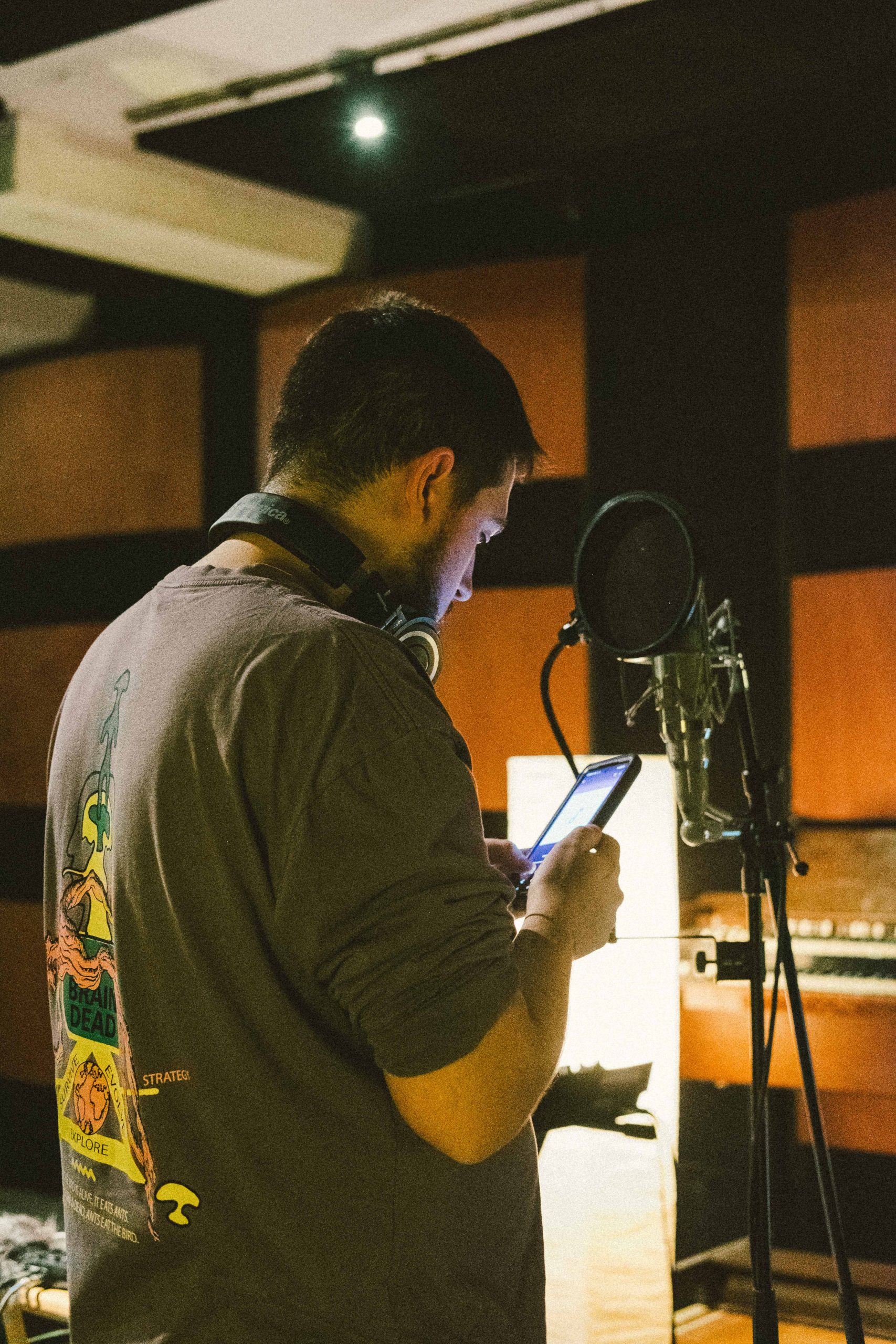 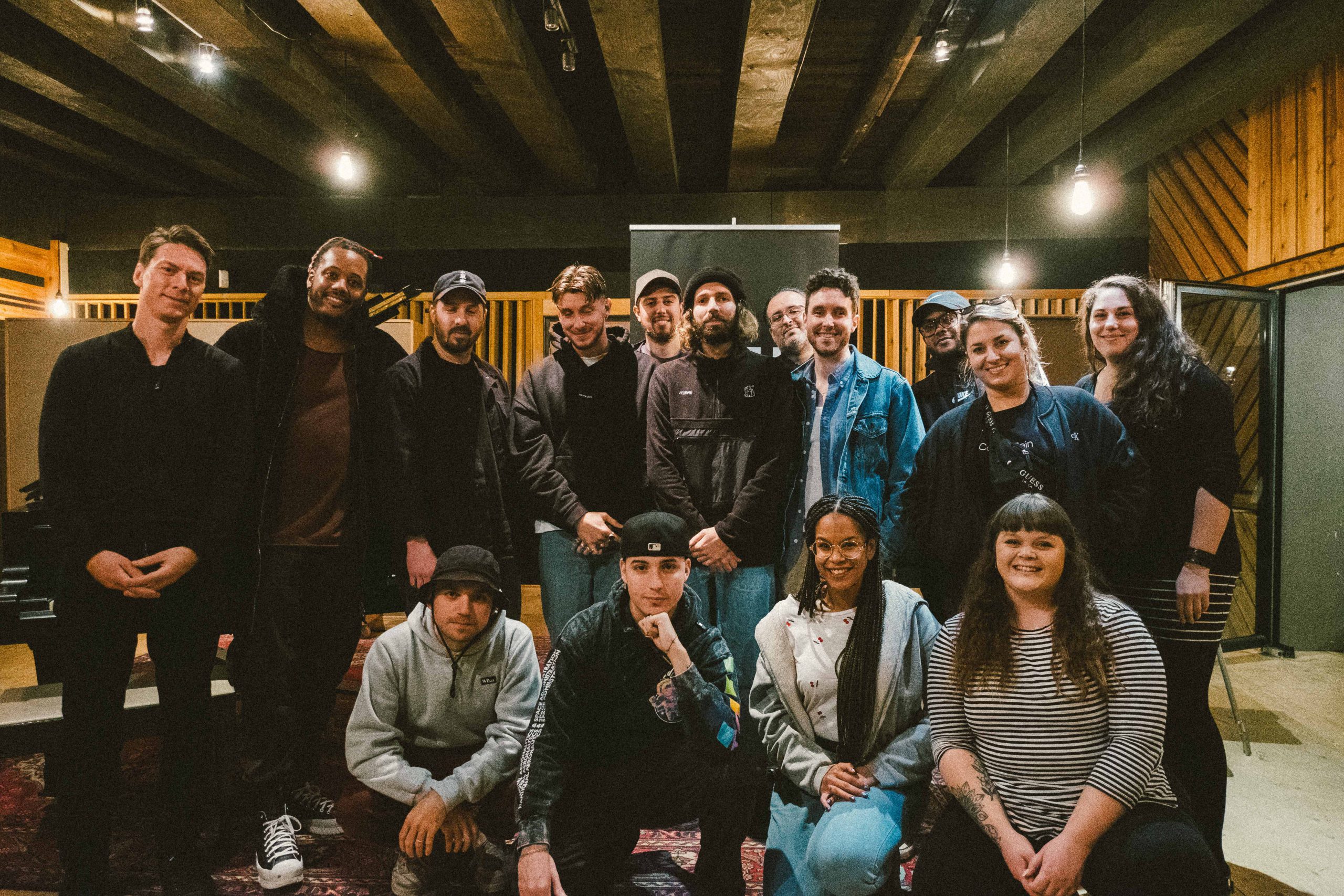 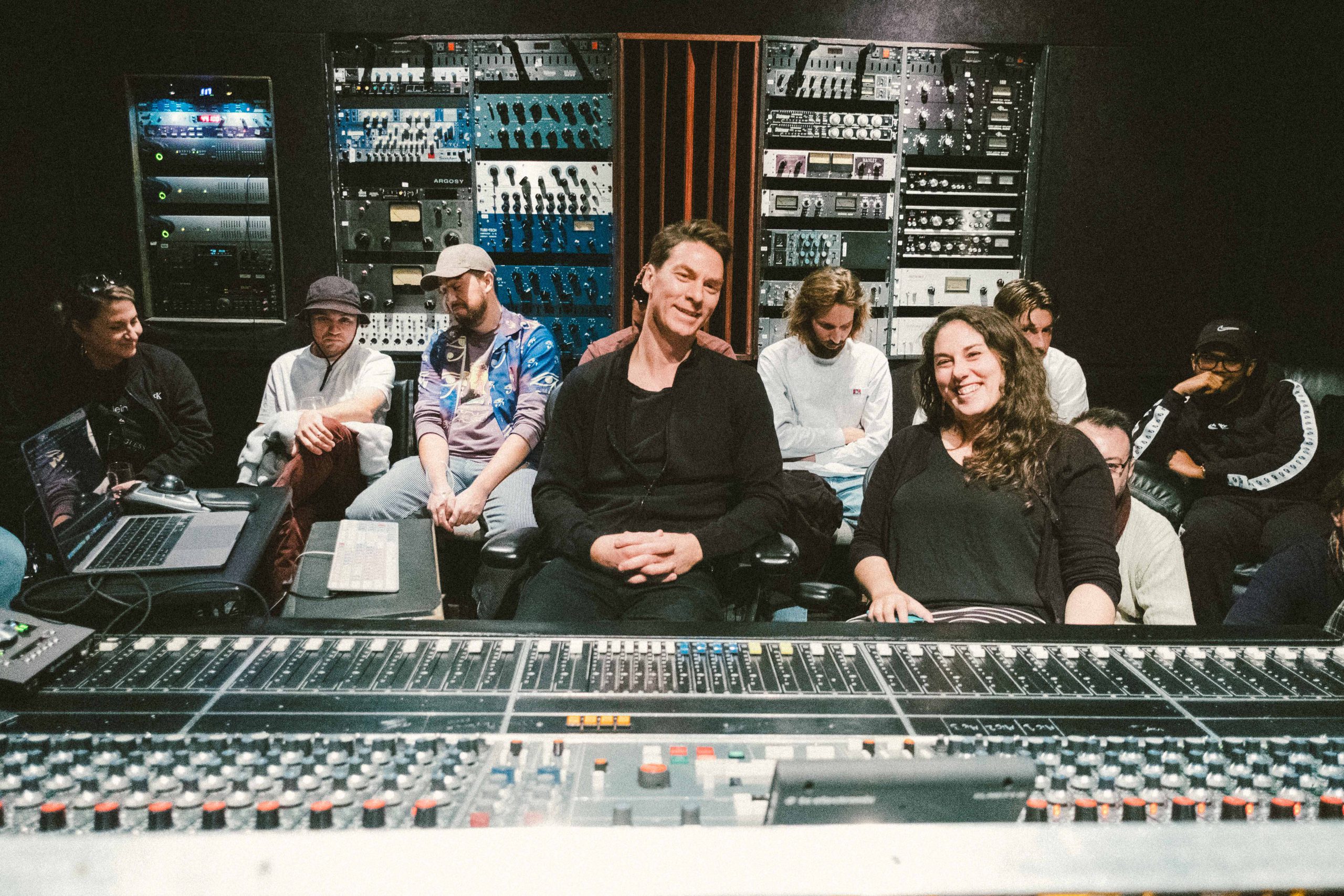 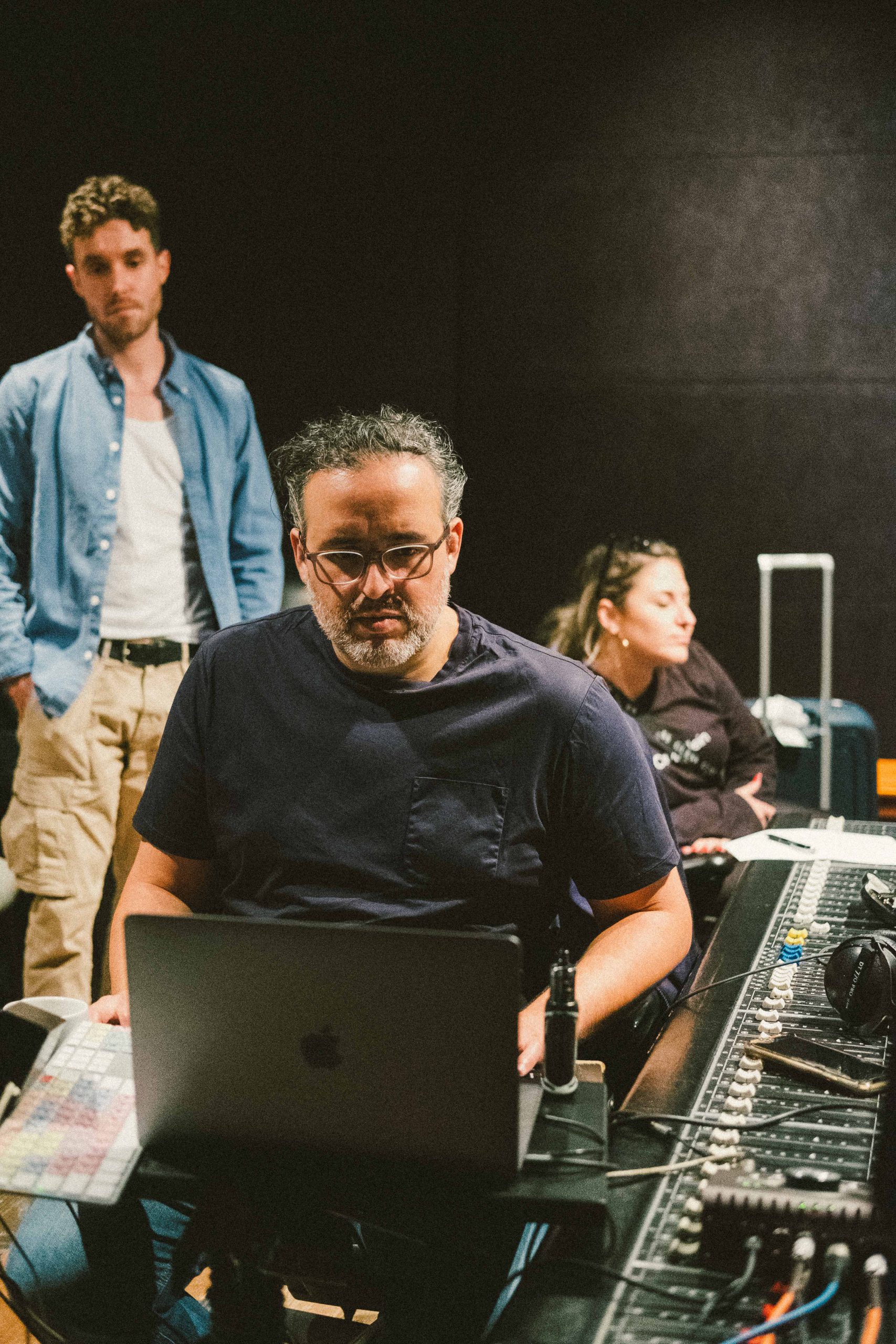 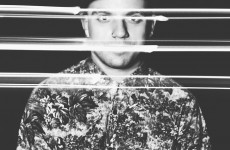 The Elephant in The Room